The countdown is on for the end of an era as the Argyle diamond mine prepares for closure. 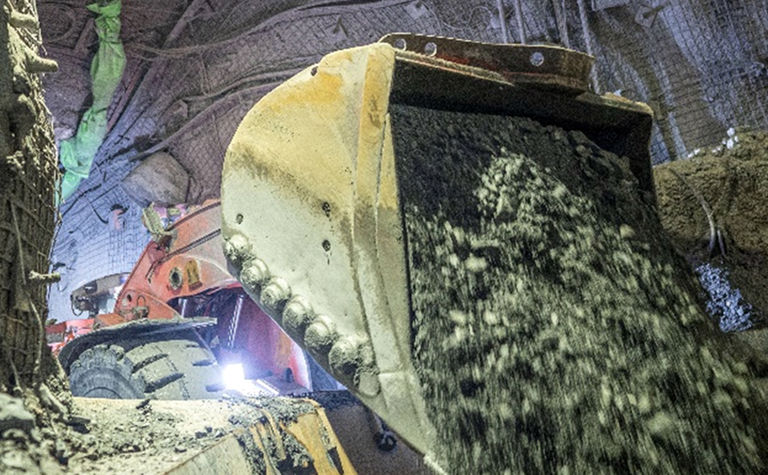 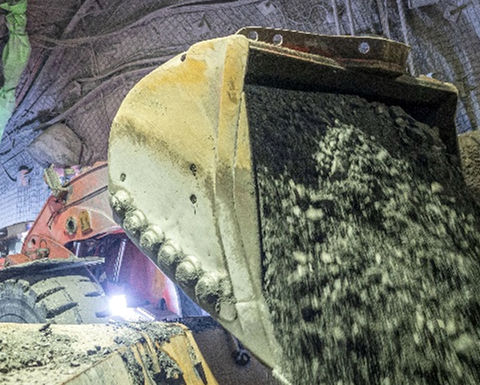 The last ore mined from the Argyle underground mine

It is the end of an era for MICROMINE too, which has partnered with Argyle for more than a decade, developing advanced information systems to optimise production and keep people safe, as the mine transitioned from an open pit to a world class underground operation.

As one of the world's largest diamond mines, the remote East Kimberley site was renowned for producing more than 90 per cent of the world's supply of rare pink, red, blue and violet diamonds, together with its renowned production of champagne and cognac coloured gems.

The Argyle deposit was discovered in 1979. Alluvial operations began in 1983 and open pit mining began in 1985. Underground mining was approved by the Rio Tinto Board and Traditional Owners in 2005 and subsequently MICROMINE was commissioned to implement the first version of its Pitram Mining System so Argyle could track, monitor and control its underground development activities.

The technology was new, and so was the underground mine, so MICROMINE partnered closely with Argyle's technical and operations teams to refine the solution. Implementing the new Pitram technology and connecting it to other management systems was critical and provided a platform for future Argyle specific functionality to be developed.

For over ten years, MICROMINE and Rio Tinto worked together at Argyle finding new ways to make critical data visible to the entire business and supporting advances in mine planning and operations with exceptional data analysis and reporting.

The Pitram software evolved alongside the mine, keeping pace with rapid advances in technology to maximise data performance and reliability. Argyle has supported the system with the right people and processes in place to maximise use of the tools. This allowed the mine to realise cost savings and increase production by identifying ways to improve business processes and dissecting equipment performance to ensure the highest availability and utilisation of the fleet.

The Argyle Mine Control Office with Pitram software.

"Pitram has been the backbone of our underground operations and management systems," said Argyle Superintendent Technical Services, Rhett Hassell.

"It has given us the ability to look closely at every aspect of our operation in real time. The insights have been invaluable in optimising production, particularly in tough market conditions when every improvement could potentially benefit our margins.

"The system has also been crucial in highlighting areas that could pose a safety risk to our people and equipment, which is a critical consideration for our business.

"Working closely with MICROMINE means we have been able to shape the software solution, to best meet our specific environment. It also means the lessons we have learned together, over the past 10 or 15 years, are captured in the software and other users can benefit."

Pitram was used to provide real-time control of Argyle's mining equipment including cycle times and movements of trucks, jumbo's, drills, shotcrete units and IT attachments.

This enabled identification of areas where the business could improve cycle times, personnel allocation, maintenance response times, communication and safety.

Senior managers no longer had to base multi-million dollar decisions on static, monthly summaries. Pitram played a pivotal role in the overall optimisation of the business, not just the core mining functions. For the first time, key performance indicators were organisation-based, not function-based.

Deployment at Argyle started with the first version of Pitram, which stored data in a local computer and made it available to the rest of the operation via a web interface. The application integrated with financial systems, for activity-based costing, as well as providing data warehousing for all underground project systems. Importantly, the status and location of all people, equipment and material was visible in real time.

In 2010, the software moved to a server-based solution that make it more accessible and expanded the range of services and modules available. This brought enhanced reporting capabilities including a target module, to forecast and compare budget versus actuals, and a surveying module to track development advance and distance based on tonnes per kilometre (TKM).

In 2014, MICROMINE built a third-party integration tool specifically for Argyle. Using Manual Production Modelling (MPM) connector combined with Pitram's Restful Integration Web Service (PRIS), Pitram was able to automatically import data captured on Argyle's Sandvik equipment by integrating with their Automine database, making the information available for live reporting during each shift. Data was captured directly from sensors onboard each vehicle, ensuring that tonnes and engine hours, and events related to drawpoint status, were more accurate than ever.

Since then, the Argyle system has been progressively upgraded to the latest version of Pitram and recorded data across more than 250 fleet assets.

After 37 years of mining and more than 865 million carats of rough diamonds, the last day of mining at Argyle occurred on November 3, 2020.

In line with their company values of safety, teamwork, respect, integrity and excellence, Rio Tinto have announced a decommission and rehabilitation plan where they will continue to have a presence over the next decade, monitoring the site and handing it back to the Traditional Owners of the land.

MICROMINE is proud to have been part of this iconic mine and piece of Australian (and global) mining history, where Pitram proved a valuable tool until the end.

Discover the value of Pitram's sophisticated fleet management and mine control system.

MICROMINE is a leading provider of innovative software solutions that span the breadth of the mining cycle from geological exploration and data management, to resource estimation, 3D mine design, planning and production control.

MICROMINE is a leading provider of innovative software solutions that span the breadth of the mining cycle from geological exploration and data management, to resource estimation, 3D mine design, planning and production control.