The Rise of Surface Mining 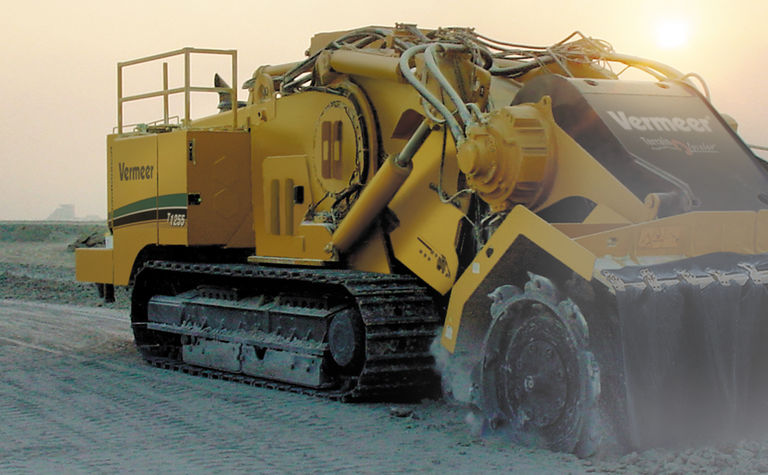 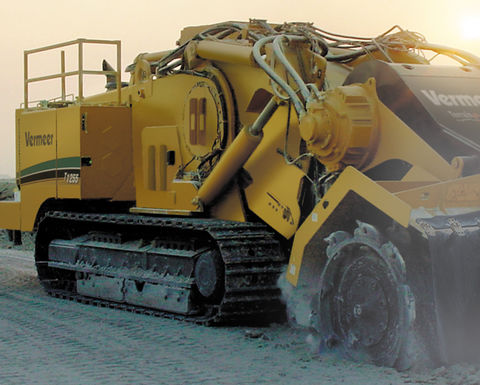 What are the advantages of using surface miners for hard rock deposits such as iron ore when compared to alternative mining methods?

Also, surface excavation equipment is more environmentally friendly than traditional methods. Mining operations can significantly reduce the amount of explosives they use, which helps reduce the amount of dust and vibration produced. They are also able to comply with more stringent government regulations affecting drilling and blasting methods can be implemented.

What adaptations need to be made to the surface miner machines to allow them to work in harder rock?

In addition, the surface excavation machine a machine cuts impacts productivity. Units that cut upward are not able to utilize the weight of the machine which impacts its performance in hard rock. The Vermeer Terrain Leveler SEM cut downward and used the machine's weight to provide better traction and deliver more of the machine's horsepower to the cutting attachment.

The Vermeer SmartTEC® operating system on the Terrain Leveler SEM also helps teach the operator how to cut into harder rock by assisting the operator what the machine wants to do in harder rock to optimize productivity.

Do you think that there will be an increased trend for using surface miners at such deposits, or do you think there is more demand for them in softer commodities such as coal or phosphate?

For operations facing growing regulations, surface mining methods costs are the best way to continue to mine. Surface excavation machines allow miners to go after harder rock and still be cost-effective. And, in some applications, it's more cost-effective to surface one because the waste can be separated from ore and there is better product size control.

Where are Vermeer's main markets for surface miners for hard rock mining? Is the company looking to expand into any new regions?

The use of surface mining machines is expanding in Australia, West Africa and South America. In the regions, demand for aluminum is driving the need for bauxite mining and precision surface mining allows material to mine more efficiently.

Other areas of the world are also adopting precision surface mining methods, and Vermeer has a worldwide network of dealerships in place to help them get started.

Do you have any recent examples of hard rock mines where Vermeer's surface miners have been used?

To learn more about the rise of surface mining visit:

Vermeer makes an impact on the way work gets done. We know customers rely on Vermeer to keep their businesses moving forward and we are committed to meeting customers' needs.

Vermeer makes an impact on the way work gets done. We know customers rely on Vermeer to keep their businesses moving forward and we are committed to meeting customers' needs.