Despite significant progress in core enabling technologies such as advanced sensors, algorithms and machine learning, numerous barriers-such as high costs, regulatory issues, and resistance to change-still prevent all but a handful mine sites from achieving a high level of automation. But thanks to the likes of Israel's Ception Technologies, any mine can extract value from the technologies powering the autonomous revolution.

Ception was founded by Tal Israel and Yossi Buda, whose combined experience includes 30+ years of working on robotic and autonomous vehicle systems for companies including Israel Aerospace Industries and General Motors.

The pair established Ception with the vision of using advanced technologies to improve the safety and productivity off-highway vehicle operations such as mining, quarrying and heavy construction.

They believed they could best serve these industries through core technologies-localisation through a visual positioning system (VPS) and 3D mapping-powered by sensing, computer vision and deep learning algorithms.

By combining localisation and mapping, Ception says it enables full situational awareness-an essential ingredient to enhancing the safety of mine sites.

"Localisation is the ability to localise the vehicle relative to the environment and relative to other vehicles.

Mapping or perception is the ability to understand the actual site, to see in 3D what's happening in the surrounding area, and to identify dynamic objects like people, light vehicles and trucks," co-founder and CEO Israel told Mining Magazine.

"We see growing demand for Digital Twin technologies for different purposes. Our mapping technology enable us to use even a regular camera to create a very accurate 3D model of the site, by using traditional computer vision and cutting-edge deep learning capabilities. For localisation, GPS accuracy is not enough for advanced systems-not even high-end expensive navigation hardware devices. That is why we use VPS, which is available and reliable even in deep open-pit mines." 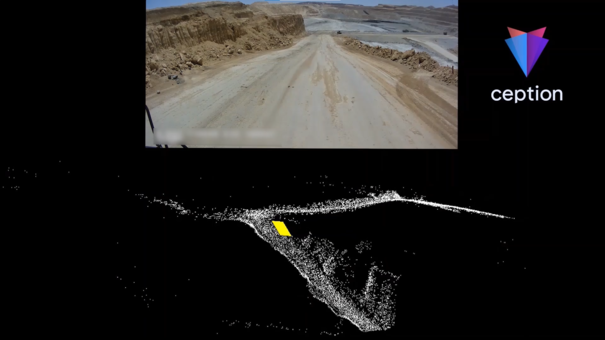 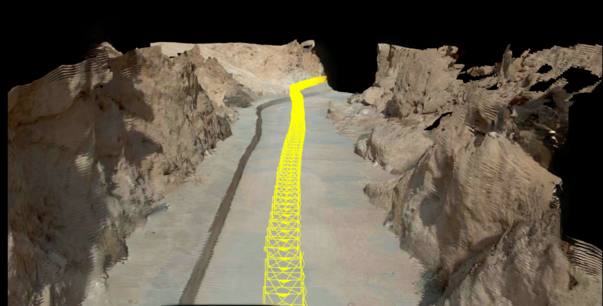 Backed by funding from Israeli venture capital firms and the Israel Innovation Authority, Ception was able to quickly bring its MineCept solution to market. MineCept is an aftermarket solution that is both OEM-agnostic and platform-agnostic. It has already been delivered to customers in several countries, including in Ception's home country of Israel, where it is being used by ICL Group, one of the world's largest fertilizers producers.

Each MineCept system begins with a modular kit including cameras and additional optional sensors such as LiDARs and radars, along with an in-cabin display device that provides voice alerts to vehicle operators and a separate interface that provides aggregated real-time data and insights to site managers.

But what really sets Ception apart, in Israel's opinion, is the suite of applications that Ception offers to users under a software-as-a-service (SaaS) model.

One group of applications protects vehicle operators against common hazards on mine sites, such as those involving vehicles and people (V2P), vehicles and other vehicles (V2V) and vehicles and the environment (V2E).

For example, the reverse motion and hazard avoidance solution detects ‘negative obstacles' that occur where the ground drops off, such as dumping points, and ‘positive obstacles' that extend up from the ground. While developing this solution, Ception analysed the most common causes of reverse-motion accidents. By applying real-time 3D mapping and computer vision capabilities, its solution can detect when an incident is about to occur and alert the vehicle operator, prompting the operator to correct their approach.

When it comes to collision avoidance, MineCept provides a reliable solution with minimum false alerts.

"We've heard from many customers that when there are constant alerts, operators end up switching the system off altogether. If you're the operator, you only want alerts for incidents that are really critical. It's hard enough working in these types of environments without having beeping constantly going off in your ears," Israel said. 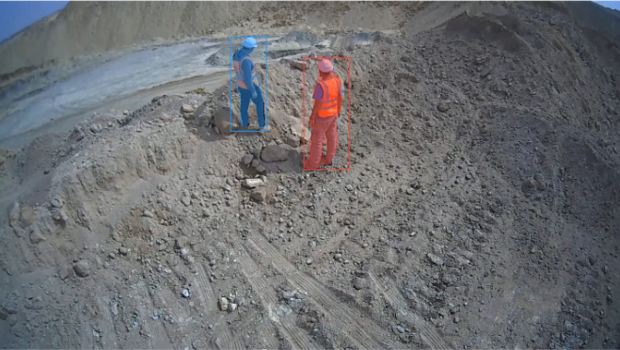 All data collected by MineCept immediately gets uploaded to the customer's private cloud or servers and routed to Ception's AI engine, where it is analysed, before being transmitted back to the site manager, maintenance personnel and vehicle operators. This continuous feedback loop enables a second group of MineCept applications focused on fleet and site management.

"Often when you have a safety system, it only triggers an alert inside the machine and that's the end of the incident. But with Ception being fitted on every vehicle, you can improve efficiency and routes. Let's say for example that a truck is driving and it detects an obstacle, such as a crack or pothole. Vehicle number one identifies it, and before the next vehicles arrive, the operators get an alert showing them the exact location of the obstacle," Israel explained.

In addition to real-time alerts, the AI engine helps prevent future incidents. "Managers gets real-time data down to the level of the operator, the vehicle and the accurate location that they can filter and sort. Our system also highlights hazards on mine sites, such as inadequate safety berms, narrow roads, or potholes, that may be causing near-incidents."

The MineCept solution has some surprising benefits, such as the ability to conduct real-time stockpile management. Using drones for measuring stockpiles has disadvantages, such as regulations governing drone use, the risk of bad weather, and the time it takes for a drone to return to its dock and upload all the information. By applying 3D modelling to images from on-board cameras, MineCept is able to continuously measure stockpiles without any delays, external efforts or additional costs.

Ception is currently implementing its aftermarket solution in various mines, quarries, and construction sites. It is also offering the company's core technologies and applications directly to OEMs as a built-in component of new mining equipment.

"The big OEMs all understand that as the systems become more complex and more autonomous, no one OEM will be able to solve everything on its own. They all understand that they will need to have open platforms and that partnership between technologies is in everyone's future. Komatsu, for example, declared at MINExpo that it was developing Intellimine Synergy, a platform whose sole purpose is interoperability between solutions," Israel said.

Ception plans to eventually use its knowhow to enable mine operators to become fully autonomous. But for now, it is focusing on meeting the high demand for technology solutions that improve the safety, productivity and sustainability of existing manual and semi-autonomous operations.

"Some companies are embracing full automation and others are sticking to what we could call ‘dumb' systems, but the truth is that 99% of operations are just looking for systems that give them value," he said.