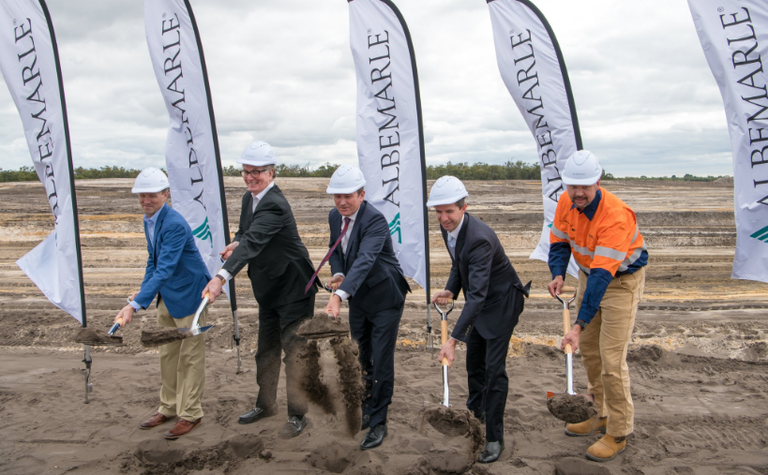 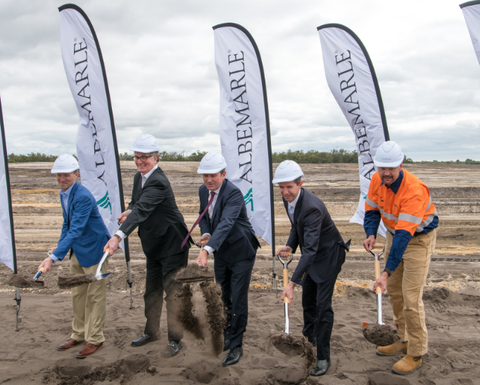 The ground-breaking ceremony at the Kemerton lithium project site

United States Ambassador to Australia Arthur Culvahouse Jr, state and federal members of parliament and Albemarle representatives joined the premier at a recent ceremony for the A$1 billion (US$708 million) project first set into motion in February 2018 during a meeting in Washington, DC.

Site works for the lithium hydroxide manufacturing plant project began at the Kemerton Strategic Industrial Area near Bunbury in January. Albemarle awarded a construction contractor for the plant in February to Civmec.

Once online, Kemerton will produce up to 100,000t annually of premium battery-grade lithium hydroxide - making it Australia's largest lithium hydroxide plant. It will also create about 1,000 jobs, including 500 construction positions.

Spodumene ore concentrate will originate at the Talison Lithium Greenbushes mine and be processed with five process trains.

"This project will be a huge economic boost for the south-west region and will show the capability Western Australia has in the lithium-ion battery sector," McGowan said.

A modular move for Superior