Titanium- and zircon-focused producer Kenmare Resources has safely moved its wet concentrator plant B (WCP B) 23 kilometres from the mining area of Namalope to Pilivili at its Moma titanium minerals operation in northern Mozambique. 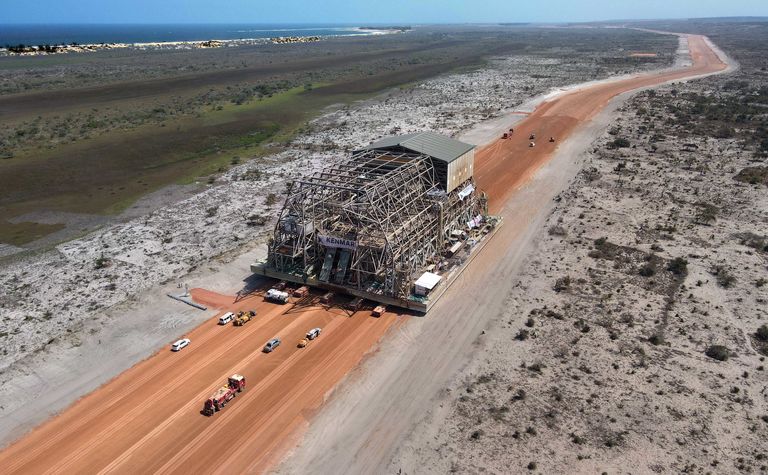 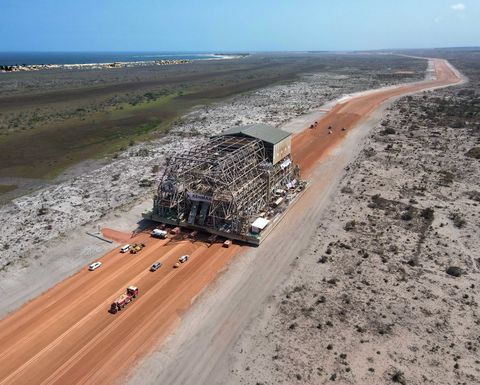 travelled via a 66-metre-wide, purpose-built road by Mammoet via platform vehicles

The move - which Kenmare said should be the only one the plant should undergo in its economic life - was done in two stages. It first transported the dredge, then the WCP B.
Both shipments travelled via a 66-metre-wide, purpose-built road by Mammoet via platform vehicles called self-propelled modular transporters (SPMTs). Other contractors that played a role in the project: Hatch, Teichmann and Binvic.

The move to the Pilivili zone is the last of three development projects Kenmare outlined as part of a plan to increase annual ilmenite production to 1.2 million tonnes (plus co-products) on a sustainable basis beginning in 2021.

Boosted production will in turn lower Kenmare's cash operating costs to between US$125 and US$135/t.

WCP B and its dredge are now positioned safely on plinths in Pilivili. Kenmare said the next step of the project will be to float both across the Mualadi River to the starter pond.

After infrastructure work is complete, heavy mineral concentrate production from WCP B is expected to commence sometime in the middle of the fourth quarter.

The company noted that WCP B, which weighs about 7,100t (including ballast) and measures 24 metres high, 80m long and 60m wide, is the heaviest piece of mining equipment to be moved in Africa to date.

"With 290 axles required to lift and transport WCP B, the move also represents the most SPMT axles used in Africa to date and one of the largest moves of a single piece of equipment in the world. The move was particularly unusual due to the combination of the weight of the load and the length of the distance travelled," MD Michael Carvill said.

Kenmare gets approval for road to Pilivili