Norilsk Nickel has said the adoption of new processing technologies at its Kola subsidiary in the Russian far north has helped boost the company’s overall production by over 30% in the third quarter. 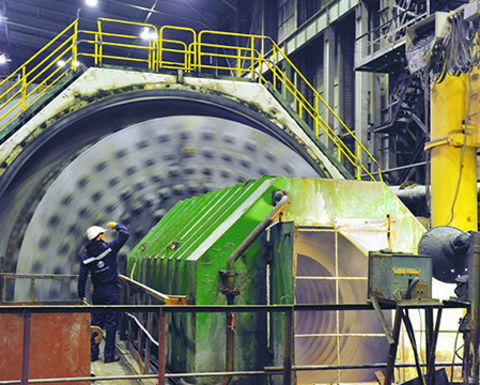 Kola has deployed a new chlorine-leaching technology at its facility that was "instrumental" in the production gains, said the company.

The company has also increased its production of premium carbonyl nickel by 34% in the third quarter compared to last year, as part of a planned diversification into premium segments.

The production of the company's platinum group is "fully supported by the launch of the chlorine dissolution residues processing at the Kola facilities", added Norilsk Nickel.

The company, which is the world's largest refined nickel and palladium producer, also plans to close the main smelting shop in the Kola division by the end of 2020 to create a "drastic" reduction in sulfur emissions.

Following the closure, the facility will switch to cleaner technology based on a roasting-leaching-electrowinning method that will, in addition to its environmental benefits, generate increase of production capacity up to 200,000 t/yr.

Kola accounted for 72%, 18% and 61% of the group's respective total nickel, copper and PGM end-products in 2018, in the most recent figures available. Kola's total ore output amounted to 7.9 mt.

The dismantling of production facilities and buildings will start in 2022.