Rio Tinto will take on decarbonisation of its alumina refining process, using hydrogen. 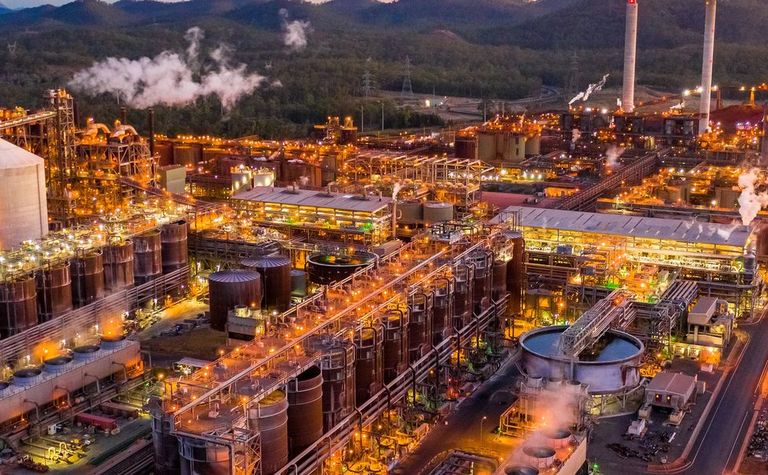 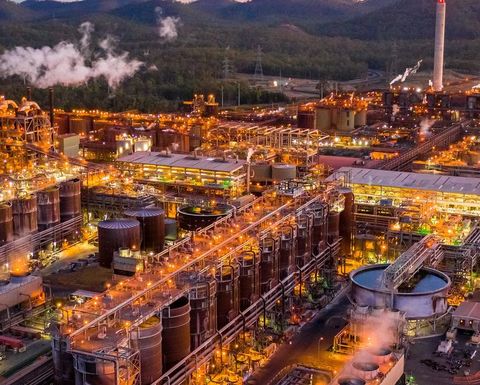 It is looking to partially decarbonise its alumina refining operations and has received more than $500,000 from the federal government to investigate how.

The federal government via the Australian Renewable Energy Agency will provide Rio Tinto with $579,786 to conduct a feasibility study to investigate replacing natural gas used at the Yarwun alumina refinery, with hydrogen. The total cost of the feasibility study will be about $1.2 million.

Rio Tinto is already offering the market independently certified "responsibly produced" aluminium from its smelters in Australia - using mainly hydro-powered electricity for some of its operations. It takes around 13,000 kilowatt hours of electricity to produce 1 tonne of aluminium.

Displacing gas use across Yarwun refinery, in Gladstone, Queensland, will still be a major undertaking, however.

The refinery has used conventional gas-powered combustion to achieve the high temperatures of more than 800C needed for the calcination process.

Neither ARENA or Rio Tinto revealed whether the hydrogen to be used in the process would be "green" or "blue". Green hydrogen is created by splitting water using electrolysis, while blue hydrogen is gas-based.

Rio Tinto aluminium operations managing director Daniel van der Westhuizen said the study would pave the way for reducing emissions from aluminium refining within the company as part of its commitment to decarbonisation.

The major miner is aiming to reach net zero emissions across its operations by 2050.

"We're investing in work that needs to be done, not only to decarbonise one of our sites, but also to help provide a lower-emissions pathway for Rio Tinto and the global aluminium industry," van der Westhuizen said.

The feasibility study will be undertaken in two "work packages" or stages.

The first will look at engineering and design for a demonstration project onsite at the refinery from an operational perspective.

The second will focus on simulating the calcination process using a lab-scale reactor at Rio Tinto's Bundoora Technical Development Centre.

Rio Tinto has already done some investigation into the calcination process, and lodged patents for its hydrogen technology.

A report published by the International Aluminium institute in March found collaboration would be key to decarbonising the aluminium and bauxite mining industries.

According to the IAI, the aluminium sector was responsible for 1.1 billion tonnes of greenhouse gas emissions per annum, equating to about 2% of the global GHG emissions worldwide.

Around 5.5 tonnes of bauxite is required to produce one tonne of aluminium, and while the mining process of bauxite is relatively low-emitting, according to IAI, it is the primary refining process including the Bayer Processing and smelting that makes up 90% of emissions during production.

The latest Minerals Council of Australia commodity outlook sees aluminium demand rising rapidly from 65.1Mt in 2019, to 94.7Mt by 2030, a 45.5% increase over the forecast period.

Australian aluminium producers are moving quickly to address the emissions of the refining process.

Prior to Rio's announcement, fellow aluminium specialist Alcoa said it would look to electrify its own refining operations.

Alcoa was provided a massive federal government investment, of $11.3 million via ARENA to electrify its steam process involved in alumina refining at its Wangerup facility in Western Australia.

This will be a different approach to Rio's and not involve hydrogen. It will instead use Mechanical Vapour Compression, an alternative technology using to produce steam using wind and solar generated electricity.