Flotation of coarser material at mineral processing plants has significant impacts on energy use and grinding time, which is important as mining companies seek to become more sustainable 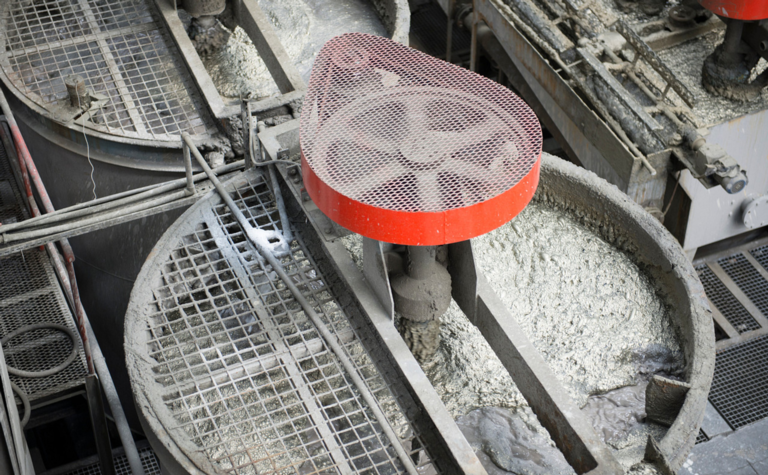 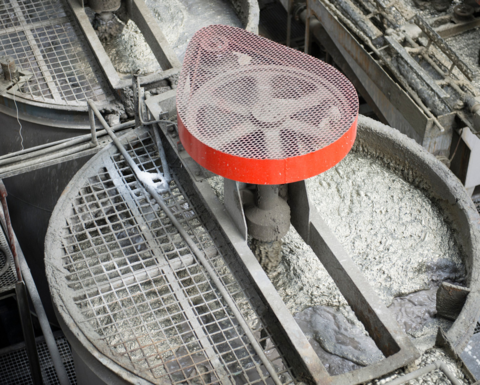 Companies that provide flotation reagents to the mining industry have noticed increased interest from mining companies in coarse flotation as they increase their focus on sustainability. Jacques Bezuidenhout, senior technical consultant (mining) and global technical lead (sulfide flotation) at Nalco Water, a wholly owned subsidiary of Ecolab, says: "There has been a sustained focus on environmental stewardship within mining, and many mineral processing companies are looking at ways that they can reduce their carbon footprint while still maintaining the production that they need for growing demand."

A major advantage of floating coarser material is that it reduces energy requirements and the costs associated with grinding or reducing particle size to facilitate flotation, while still recovering what the mineral processing plant needs for production.

A report commissioned by the Weir Group that was published in May this year found that comminution is the single biggest user of energy at mine sites, typically accounting for 25% of mining's final energy consumption. "The finer the grinding requirement for the ore, the more energy is used," notes Bezuidenhout. "Coarse particle flotation helps a mineral processing plant reduce both their operational costs and carbon emissions while still maintaining optimal production."

Todd Parker, global marketing director - mining chemicals at Arkema-ArrMaz, says that if a mineral is naturally liberated, the flotation process bears the burden of having to float the mineral at its natural size.

"Sizing plays a critical role in the ability to float coarse particles," he explains. "The process of grouping size fractions into similar sized bandwidths, designing the flowsheet and selecting equipment and reagents to maximise grade and recovery has enabled the economical utilisation of many deposits across the globe. Being able to size and float at the coarsest fraction possible enables low-cost mineral processing while meeting grade and recovery requirements."

In addition to reducing energy consumption during mineral processing, coarse particle flotation is gaining attention for its role in decreasing water usage during mineral resource extraction. Water usage is a key sustainability challenge for mining operations, especially in areas where water is limited.

Floating at coarser sizes makes it easier to extract as much water as possible from tailings before they are deposited in tailings ponds. "This approach also makes tailings more amenable to dry stacking technologies that allow more water to be recovered from mineral waste streams," says Tarun Bhambhani, principal scientist at Solvay. "These water conservation approaches are critical to achieving a ‘closed-loop water system' where more water is recycled and reused, thus minimising fresh water usage."

"In the past, many mining companies would not mine low-grade ores because reagent technologies to process them effectively and efficiently did not exist," states Parker. "Today, viable reagents and flowsheets make it possible to do so, leading mining companies to start processing lower grade ores as part of their mine plan, in an effort to sustainably and responsibly maximise deposit tonnes while reducing permitting and environmental costs."

He says that complex industrial mineral ores, from which several valuable minerals can be recovered with the rejection of multiple gangues, create the greatest challenge for today's metallurgists. The ability to process and float commingled minerals from the same orebody is becoming increasingly prevalent and economical.

Parker adds: "In many cases, deposits that were economically unfeasible years ago are now coming into production as a result of advances in reagent formulation, sizing, flotation equipment and flowsheet design, which all must work together to effectively process the most troublesome ores. Our team has successfully proven the viability of many ores that, just a decade ago, were considered unprocessable."

Generally, more tonnes of lower grade ore need to be processed to yield the same amount of concentrate as higher-grade ore. In existing operations, this means that the flotation process must handle more tonnes within the same amount of time, leading to crowding of equipment that must run beyond design capacity.

Parker says: "The flotation process requires reagents that can float faster to deliver the ore to the froth zone quickly, so that it can be swiftly removed from the flotation equipment. To meet these needs, custom-formulated reagents which improve flotation kinetics while delivering optimum grade and recovery are a must."

To achieve optimal recovery of coarser particles, mineral processing plants require a combination of new cell design along with tailored reagents and application know-how, as optimal flotation performance relies on a careful balance of chemical, mechanical and operational factors.

Bezuidenhout comments: "From our perspective, we are seeing customers use larger flotation cells, which brings unique chemical challenges with respect to coarse particle flotation. It is important for a customer to have a strong service partnership with their flotation provider to help ensure optimal performance within each flotation cell."

While traditional flotation cells achieve good performance in the size range of 20-250μm, they can struggle when the size range is below 40μm or above 200μm. The chemistry design requirements for floating coarse particles have been known for a long time, but the physics of traditional flotation cells - primarily froth zone dynamics - presented a constraint in the implementation of these reagents.

Over the past two decades, flotation cell manufacturers have overcome those physics limitations and have designed cells that can float coarse particles - those over 300μm -efficiently. These new flotation cells are now being implemented at mining operations globally.

"In order to maximise performance in these cells, optimising chemical sub-processes is needed, which presents challenges since it requires exploring different hydrophobicity domains," says Bhambhani.

"We anticipate that the onset of more flexible flowsheets to manage ore variability, new cells and novel chemistries will all have ripple effects on the design of comminution, classification and dewatering circuits, resulting in a very different-looking concentrator in the future."

One of the biggest trends in coarse flotation involves formulating very selective coarse flotation reagents where cleaner steps are reduced or eliminated, resulting in significant cost savings. This means flowsheets are simplified, leading to lower energy costs and higher recoveries.

Parker states: "Proper conditioning and the use of custom-formulated depressants and promoters that are dialled into the ore's characteristics are crucial to achieving higher grades without recovery losses."

Solvay has also observed that the approach of using a single reagent or suite that provides optimal performance across all ore types is being rejected in the era of high metal prices.

"Due to the increasing complexity of orebodies, reagents need to be strong yet selective against penalty elements, and robust across various ore types, which essentially requires tailored formulations for each operation. Lower grades and higher throughputs necessitate reagents that enable faster kinetics," says Bhambhani.

"Targeted reagent suites for each ore type are needed to maximise metal output and performance across the mining value chain. This can be done by leveraging rapid mineralogical characterisation, artificial intelligence and automation technologies."

There are several companies that make flotation reagents for the mineral processing industry. Mining Magazine spoke to three of the main players about where their R&D is currently focused.

Arkema-ArrMaz has worked with many new phosphate deposits as well as existing operations globally where coarse particle flotation has been extremely beneficial, especially when the particles are liberated.

"Size fractions that were discarded in the past can now be upgraded with flotation circuits and reagents that have the ability to float coarse particles," explains Parker. "It is imperative that the load, sizing process/equipment, reagent formulary and flotation scheme all work together to create a process that can economically handle the demanding conditions of coarse particle flotation."

Across phosphate and other industrial mineral operations, Arkema-ArrMaz recommends floating similarly sized coarse fractions together depending on the sizing and flotation capabilities of each plant.

"We custom-tailor our CustoFloat collectors and CustoFroth frothers so that when an ore is conditioned properly, and an optimum bubble size and froth zone are maintained, coarse particles can be routinely floated in -1190 micron to +710 micron sizes," says Parker.

"Some operations that use specialised equipment, along with our surfactant-enhanced reagents, have been able to float oversized particles in -1680 micron to +1410 micron sizes."

Arkema-ArrMaz continues to adapt its reagents to handle higher throughputs with faster floating collectors and frothers. Parker adds: "We are currently designing reagents that condition at lower solids and lower energy levels, and deliver shorter conditioning times for flotation plants that need to process higher tonnes. We provide comprehensive in-plant consultation and onsite reagent development programmes to solve these challenges."

Solvay has invested in developing novel reagents through its AERO CP Series product line. These reagents are specifically designed for coarse particle flotation and are compatible with the latest generation flotation cell technologies. So far, they are in the laboratory phase and have been tested at pilot scale.

Bhambhani states that the AERO CP series products are showing promise over other chemistries. He says: "Results from pilot testing of these reagents on novel cells suggest significant improvements in the recovery of coarse particles."

Solvay'steam is developing custom frother formulations to maximise coarse particle recovery without detrimental downstream effects in the cleaning stages and thickeners, which the company notes is currently not possible with existing frother products.

In a recent application at a large North American copper-molybdenum plant, one of these tailored frother formulations was used to tune froth characteristics, resulting in improvements in coarse particle recovery and overall copper recovery. These improvements were attributed to improved froth mobility and optimum balance of froth stability and persistence.

Bhambhani says: "We see many customers resorting to the use of defoamers to control downstream frothing issues. Solvay's novel frother technology has shown to be very effective for froth management at pilot scale."