BHP has put out a record iron ore effort for the 2020-21 financial year, producing 284.1 million tonnes from its Western Australian Iron Ore business. 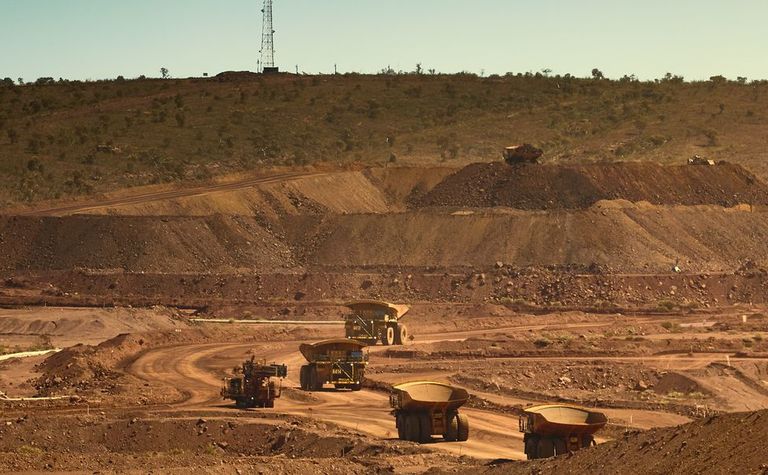 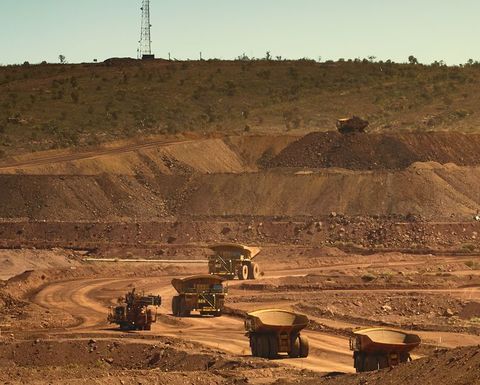 It was not the only horse in BHP's stable to have a good run during the financial year.

Olympic Dam in South Australia had its highest annual copper production since BHP bought it in 2005, as well as its best ever gold production.

The Goonyella Riverside metallurgical coal mine in Queensland posted record production for the fiscal too.

On the iron ore front the record result came thanks to record production at Jimblebar and Mining Area C, which included first ore from the 80 million tonne per nnum Yandi replacement mine South Flank in May.

The Yandi mine has begun its end-of-life ramp-down as South Flank ramps up. Yandi will continue to put out iron ore, albeit at a lower rate, for several years.

WA Iron Ore unit costs for the first half, excluding exchange rates and third party royalties was US$12.46 per tonne.

Metallurgical coal production decreased 1% to 73 million tonnes. Production is expected to be between 70Mt and 78Mt in 2021-22.

Across the BHP Queensland Coal business the record effort at Goonyella, aided by record tonnes from the Broadmeadow mine, was offset by significant wet weather impacts to most operations earlier in the year. Planned wash plant maintenance at Saraji and Caval Ridge in the first half of FY21 also had an impact.

At South Walker Creek the record stripping effort was not enough to stop production falling. High strip ratios due to ongoing impacts from geotechnical constraints had too much of an impact.

BHP is expecting a stronger performance at Queensland Coal with the planned maintenance completed, providing there are no more significant wet weather events and China does not impose further restrictions on coal imports.

Across BHP's Energy Coal division production fell 17% to 19Mt. Production there is expected to fall to between 13Mt-15Mt in FY22, reflecting the divestment of its Cerrejon interest.

At New South Wales Energy Coal production fell 11% to 14Mt despite increased stripping. This reflected the impact of significant wet weather events, higher strip ratios and an increased proportion of washed coal due to reduced port capacity due to the Newcastle ship loader being damaged in November.

The ship loader is expected to be back in action during the September quarter.

Work continues at NSWEC to optimise mine planning to structurally reduce costs in the near time and create a viable mining operation resilient to low price cycles. BHP said some cost savings had already been realised during the half.

On the autonomous haulage implementation front BHP said good progress had been achieved at its WAIO and coal operations.

At Newman East iron ore mines all 22 autonomous trucks have been fully deployed since November.

At the Goonyella Riverside in Queensland, the first BHP coal site to implement autonomous haul trucks, the deployment of 86 autonomous trucks continues in line with the plan. It is expected to be completed in early 2022, on time and on budget.

At the Daunia coal mine in Queensland the first trucks started operating in January.

The rollout of the 34-strong autonomous fleet is expected to be completed in early 2022.

That reflected smelter availability and strong underground mine performance.

Commissioning of the refinery crane has been completed.

Production for the 2022 financial year is expected to fall to between 14,000t and 170,000t due to a planned smelter maintenance campaign.

There is maintenance planned in the September quarter.

First production from the nickel sulphate plant is expected in the September quarter too.