Canada-based gold development company Minera Alamos has revealed that plant commissioning is complete at Santana gold mine in Sonora, Mexico, and it is on track for gold recovery to begin later this month. 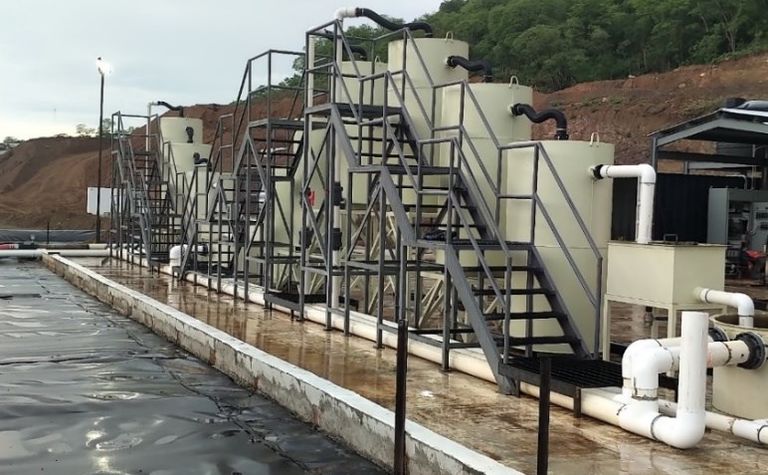 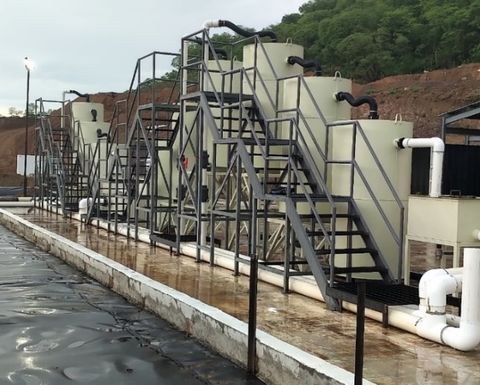 The gold recovery plant at the site has been tested thoroughly and is operational, which the company stated is on schedule despite some significant rainfall in the area in the first half of the month.

Minera Alamos said that the project has proved "extremely resilient to an exceptional rainfall event" despite the vulnerable nature of the site at initial start-up, with large and exposed leach pad areas as well as newly constructed excavations. The mine site had more than 200mm of precipitation in a two-week period, often in concentrated windows; normally, 200mm would be more than a month's worth of precipitation. There were some minor delays, for example to the final electrical hookups, but the company said that all required plant electrical infrastructure is now installed and operational. Some improvements have also been implemented to areas of critical site drainage as a result of the rainfall, which the company said will be positive for future operations at the site.

The leach solution pumping and processing systems have been thoroughly tested using normal commercial operational flowrates, so process instrumentation has been calibrated as well as the test control systems and interlocks. They have also identified some minor adjustments which could offer potential improvements, and these changes will be implemented during normal operations.

In parallel with ore placement, the overliner placement operations are also advancing. Waste rock from the pit is bring crushed and screened before being utilised as overliner, which means that the costs of the overliner are being covered by the project's overall waste mining budget.

The long-term crushing and screening area is being prepared and is nearly complete. The next step will be the relocation of the mobile equipment, which is currently operating in the pit, to be adjacent to the gold leach pad.

Minera Alamos is also preparing grade reconciliation methods and procedures based on data from the first two benches mines at the project's Nicho Norte pit. The geometric distribution of mineralisation at the pit aligns well with the mine planning models.

As the Nicho Norte pit advances, the company is developing additional roads in the pit to provide access to the planned operations.

Minera Alamos appointed Trigusa as the site contractor in March. So far, smaller haul trucks that were used by Trigusa for the early site construction works have also been used for the mining operations, which Minera Alamos said is an economic deployment of its startup capital resources. In the second half of July, Trigusa will begin transitioning to larger life-of-mine (LOM) haul trucks as the working area access to the pit improves. The larger trucks are already at the site. The company will also transition to LOM contract unit rates for the mining operations, as was previously negotiated in the contract.

Excess rainwater that is currently contained in the pregnant pond is being transferred to the barren pond so that the gold leach solutions will not be unnecessarily diluted. Once this is complete, reagents will be added to the process solutions to begin extracting gold from the initial material added to the heap leach pad. This will also test the overall leaching and recovery circuits, which is part of the normal start-up of operations.

Darren Koningen, CEO of Minera Alamos, said: "Despite the challenging weather conditions since late June we have managed to complete the planned process plant commissioning and bring the leaching and recovery systems online at their design capacities. In addition, mining activities to open up the Nicho Norte pit have advanced to a point where we now have sufficient working area to transition to the larger equipment fleet planned for the ramp up to commercial operations."

He added that Minera Alamos has gained some valuable insights from the project commissioning, which will allow the company to make minor upgrades to improve future operations along with the project start up, as well as optimising the mine planning models.

He concluded: "We expect similar insights when we complete the final stages of testing with the start of gold extraction from our loaded leach pad material."

The company has mostly completed the haulage and access roads