Steinert upgrades base metals in Peru 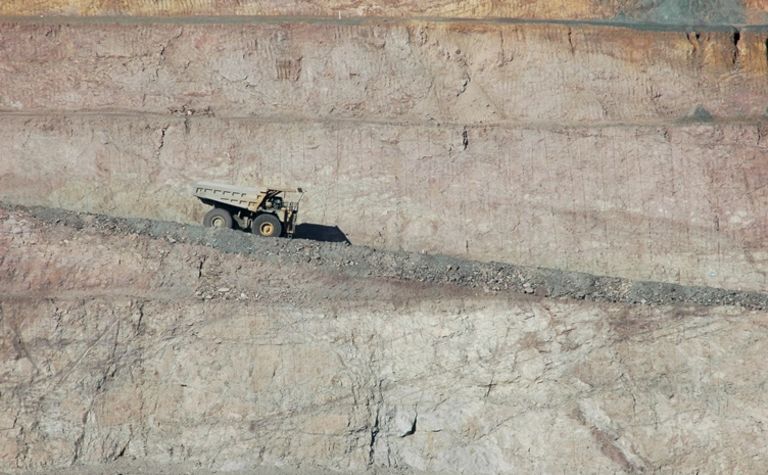 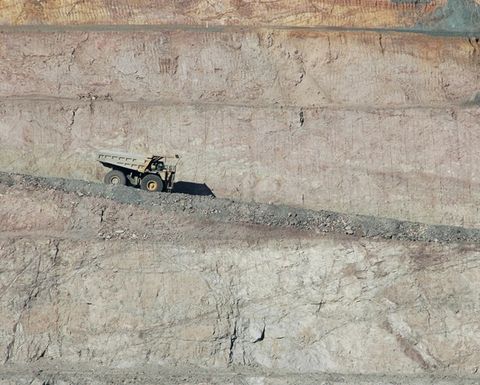 Sensor-based, automatic ore sorting technologies can be used in the mineral industries to efficiently remove excessive waste and sub-marginal grade material from pre-mined, low-grade stockpiles, producing a coarse (typically >10mm) upgraded plant feed. A supplementary high-margin ore feed can be generated from such stockpiles with minimal capital investment and no requirement for increased mining activity, thereby contributing to increased economic returns to the operations.

Steinert has overseen the bulk ore sorting test work undertaken on material from low-grade open-pit stockpiles at Volcan Compaňia Minera’s base metals operations in Peru and provided an economic analysis of the potential benefits of ore sorting based on the test work results, and likely operating parameters for a commercial plant.

The approach both parties have taken is to focus on the financial benefit of ore sorting - this being the primary rationale for introducing ore sorting into a mining and mineral processing operation. The analysis was based on test work undertaken on material from existing low-grade stockpiles situated at an operating lead-zinc-silver mining and processing operation. The results provided the basis for a detailed analysis of the potential economic benefits that can be derived from using X-ray transmission (XRT) ore sorters on site to produce an upgraded stockpile product that can be delivered to the existing mineral processing operation.

Following the test work, three 2m-wide XRT sorters are being installed at the operation and will be commissioned later this year. This will give the chance to compare the theoretical results with the real results at a later stage, helping to understand the possible economic impact that sorting will have on the processing of the existing waste dumps and was used in the decision making process.

Volcan Compañia Minera is one of the largest producers of zinc, lead and silver in the world. The company is considered one of the lowest cost producers in the industry due to the quality of its ore deposits.

Volcan began operations in 1943 at the heights of the Ticlio Pass. All operations are located in the central mountains of the Peruvian Andes and include the operating units, Yauli, Chungar, Alpamarca and Cerro de Pasco. These four operating units include a total of ten mines, seven concentrator plants and one oxide leaching plant.

The company is growing organically through expansion of its plants and from exploration and development of its own portfolio of brownfield and greenfield projects. At the same time, the company continuously searches for accretive opportunities in the region. In 2015, the total tonnage treated in all group operations was 7.9Mt. Total group sales of concentrates were US$795m.
The Cerro de Pasco zinc/lead/silver operation is located in the Pasco Region approximately 295km from Lima. During 2015, the mine processed 399,000t of material (down from 2.5Mt in 2011), with ore grades of 3.94% Zn, 1.52% Pb, 0.05% Cu and 3.89 oz Ag/tonne.

In order to evaluate the efficiency of ore sorting for the given application, several feasibility tests with different sensor types were carried out. Steinert offers XRT (dual energy X-ray transmission), XRF (X-ray fluorescence), NIR (near-infrared), colour, laser and conductivity sensors. It was established, that XRT would give the best results based on the fact that high atomic density areas could be associated with Pb, Zn and Ag content.

An ideal size range for the material was determined to be between 35mm and 12mm. This was given by the local crushing and screening settings, as well as liberation factor and ideal material size for sorting. As all sorting parameters indicate that coarser particles are better and the liberation factor requires smaller particles for its optimum, the sweet spot is found somewhere in the middle. This is a very important factor, as the particle size has a major influence on sorting efficiency, capacity and operating costs. The right size must be identified before final conclusions can be drawn.

The target for the test work was to achieve a product with a high Zn grade of approximately 3% to make the dump processing economical, with the lowest possible waste pull.

The initial ore sorting test work and subsequent bulk ore trials confirmed that a high level of gangue rejection and significant lifting of grade values could be achieved with a single-stage sorter configuration.

The financial analysis of the proposed ore sorting project based on test work results is an important step to highlight the benefits of introducing a preconcentration step to turn a sub-marginal project into a highly viable project. Treatment of the stockpile without preconcentration will not produce strong financial returns, while excellent returns are indicated with the preconcentration.

Although the financial model is based broadly on data generated in test work, like any such model it is a prediction of likely future performance based on a large number of assumptions. However, Steinert took a reasonably conservative approach in deriving input data. Furthermore, the indicated financial robustness of the project based on these assumptions gives some comfort that the investment in sorting technology will be a sound one. A further factor in assessing investment risk is that the scale-up risk from test work to actual plant is minimal in this case, due to the fact that bulk sorting trials were undertaken on a full size Steinert XSS sorter and not on a lab scale plant.

Some other benefits of treating less tonnage in the metallurgical plant for each tonne of mined feed stock include:

Kai Bartram is business development manager for mining at Steinert. Dr Tony Parry is an independent business development consultant, and Luis Loaiza Ampuero is sub corporative manager on metallurgical investigation at Volcan Compaňia Minera. The full edition of this whitepaper was presented at the MEI conference: Physical Separation 2017 in Cornwall, UK.

Yauricocha is located in the Yauyos province in western central Peru