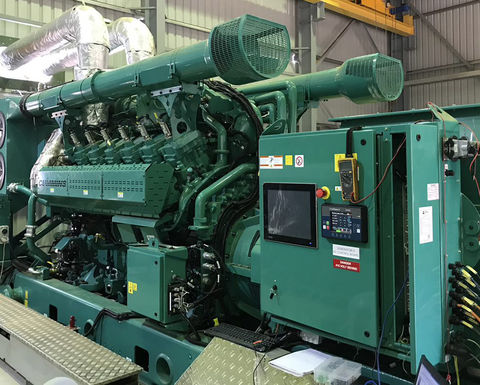 Blackham's power supplier Contract Power Group placed the generator at the mine to provide prime power for the mine's next stage of expansion, and will give it 20% of its power during the ramping up period.

"Cummins' HSK78G offered the required performance levels as well as one of the industry's longest major overhaul service cycles of 80,000 hours."

The Matilda-Wiluna gold operation, which runs in Australia's largest gold belt, is subject to extreme temperatures of -2°C to 50°C throughout the year thanks to its 500m elevation.

Cummins said the HSK78G's capability to deliver in remote areas and extreme climates, generating up to 1,800kWe in ambient temperatures of 55°C, was a crucial requirement behind its decision.

Blackham Resources has set a production guidance for the mine for the 2020 financial year at 70,000-80,000oz. It plans to progress its sulphide expansion project to unlock additional reserves.

Cummins can provide mining companies with a 3,750 kVA unit.

There's hydrogen in them thar hills