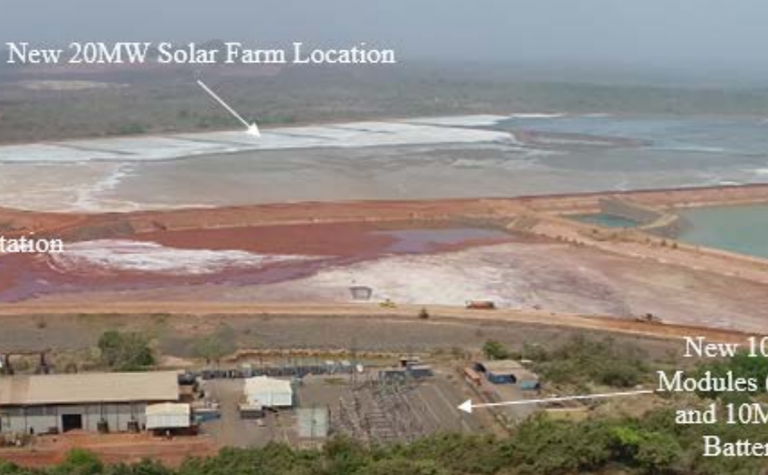 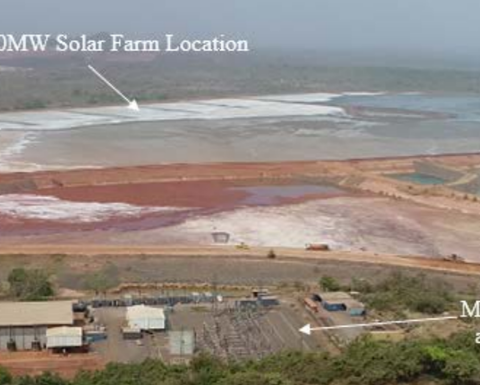 Resolute said it had been examining opportunities to reduce Syama's reliance on diesel, and reduce costs, for many years. The current cost to generate power at Syama ranges from US$0.20/kWh to US$0.24/kWh depending on prevailing diesel fuel prices.

Prior to 2016, Resolute had been working with the Mali government on a possible high-voltage grid connection between the city of Sikasso and Syama. The Syama Grid Connection Project was suspended in June 2016 following a comprehensive review of the project and an assessment of possible energy alternatives.

Work on the new plant will commence in the current quarter, and once fully operational, Resolute expects it to reduce Syama's power costs by approximately 40% (relative to its current power supply) and carbon emissions by around 20%.

The new hybrid plant will be delivered in two stages, with Resolute aiming for the first stage to be completed in 2020. It will comprise the installation of three new thermal energy Modular Block generators, which are fuelled using a refined heavy fuel oil (IFO 180) and will provide 30MW of power, and a 10MW Y-cube battery storage system.

The Wärtsilä Modular Block units will be installed alongside the existing Syama thermal power plant to allow seamless transition to the new solution. Resolute said that by replacing existing diesel thermal generation at Syama with intermediate fuel oil, thermal generation was expected to increase efficiency by approximately 30%.

The second stage will, in turn, consist of the installation of an additional 10MW Modular Block in 2022 and the construction of a 20MW solar power system.

The solar array is planned to be constructed on the surface of the existing Syama tailings storage facility (TSF). The timeline on commencement of stage 2 will depend on the decommissioning of the existing TSF and is expected to be completed, at the latest, by 2023.

Resolute said the site infrastructure layout of the new hybrid power plant would include space to accommodate an additional four 10MW Modular Block units, enabling the mine to add additional power capacity if needed.

Resolute managing director and CEO John Welborn said he was pleased that the company had secured an innovative, low-cost and more environmentally friendly power solution for Syama.

"The new Syama hybrid power solution will lower our power costs at Syama by approximately 40% while significantly reducing our carbon emissions. Having worked together for several years, we know Aggreko is the right partner to support us as we integrate renewable energy into our Syama operation," he said.

Aggreko's team is already familiar with Syama, having provided rental power solutions at the site since 2015. Since August 2019, Aggreko rental units have been the primary source of power at the mine. The thermal element of the project is expected to be implemented in partnership with Finnish energy tech firm Wärtsilä, using its new Modular Block technology and design. The project will mark one of Wärtsilä's first sales of this new product, and Aggreko's first contract to deliver it.

Resolute and Aggreko have now signed a heads of terms agreement for the development of the hybrid power station, while a power supply agreement is expected to be entered into by the parties in due course.

The new hybrid power solution, administered through a PSA, could reduce power costs by 40% 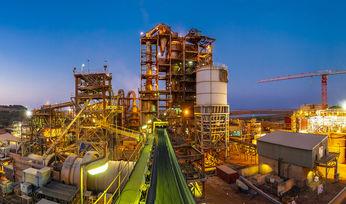 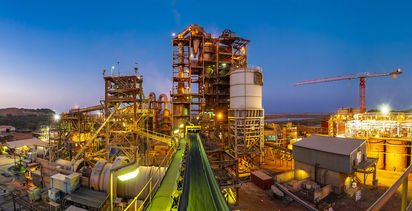 Strandline powers up with partners at Coburn