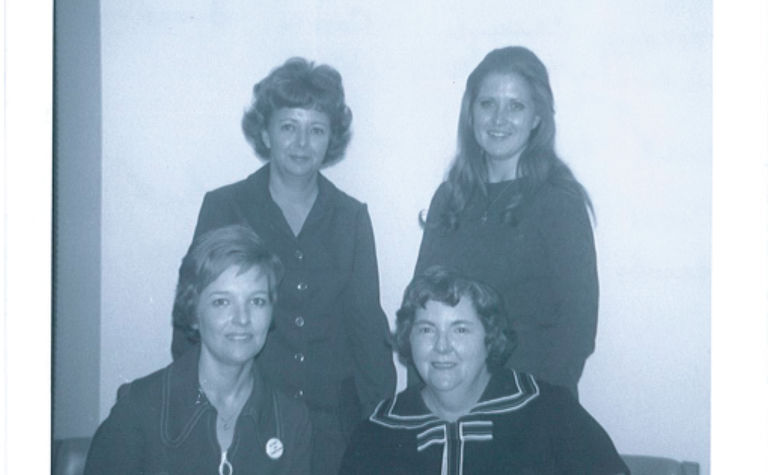 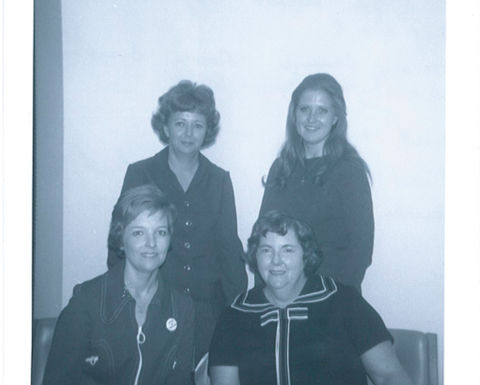 The first officers of WIM Denver, photographed on October 11, 1972

The first Women in Mining (WIM) organisation was formed in Denver, Colorado in 1972 when, on a whim, Carol Peckham had an idea to bring together women who worked in different parts of the mining and minerals industry.

She decided to call three women working in the sector: if two of the calls resulted in support for the idea, she planned to move forward, if only one call was supportive, she planned to let the idea rest.

To her surprise all of three of the conversations were positive –another conversation then ensued and the first WIM group was founded. The goal of WIM was to provide education to members as well as opportunities for ‘communication and fraternisation,’ both of which are now referred to by the far less colourful term: networking.

The draw of the organisation varied, many women wanted to know more about the mining industry and joined WIM as a vehicle to educate themselves. Other women joined because in 1972 certain mining organisations didn’t allow them to join as they weren’t technically mining ‘professionals,’ i.e. engineers. Others were attracted to the camaraderie the group offered.

“I joined WIM to learn more about the industry after my employer, AMAX, sent me underground at the Climax mine. They wanted me to see what my work was really about,” says Jackie Dorr, communications manager at the Society of Mining and Metallurgical Engineers who was AMAX’s secretary for external affairs at the time and an early member of WIM.

“I was fascinated by the experience. Then one of my co-workers told me that WIM was the place to learn more, so I joined.”
The WIM organisation quickly established roots, officers were chosen, a logo was designed, a newsletter –The Pick and Pen – was christened and educational events were organised. The group focused on providing its members learning opportunities including field trips to mine operations, meetings with speakers like state and national legislators or mining employees with a particular technical specialty.

Because work place training wasn’t as prevalent in 1972 as it is today, WIM also offered personal enrichment courses like public speaking, goal setting for personal and professional development, mining and the environment seminars and short courses on mining law for natural resources professionals.

“Back then Colorado’s mining industry was very local, especially by comparison to today’s global industry,” says Lois Brooks, executive direct placement manager at Geopros, “And the mining companies were very supportive of WIM because it worked on educating the both public and their employees. The result was a more informed workforce.”

Word spread and other WIM chapters started to pop up around the US and WIM National – an umbrella organisation – was formed to allow the local WIM chapters to collaborate more effectively.

Over the years, chapters have come and gone, primarily dependent on local industry support. Currently there are seven chapters and a diverse at-large membership.

In 1993, WIM created an education foundation to allow the organisation to apply for grant money and focus on educating the public about mining. Classroom learning modules were created to facilitate mining educational outreach to schools. In one module, students use calcium carbonate (CaCO3) and sodium bicarbonate (NaHCO3) to make their own toothpaste, underlining the lesson that many everyday products wouldn’t exist without mining.

After years of focusing primarily on educating its members and the public, WIM in Denver is broadening its mission to help advance women’s careers in the mining and related industries by “inspiring, supporting and developing the progress of women”.
The legacy of WIM has helped to grow organisations around the world. Since the first WIM was formed in 1972, organisations for women in mining, each with its own unique areas of focus, have sprung up on every continent except Antarctica.

Finger on the pulse

Getting the balance right

Finger on the pulse

Getting the balance right