2016. Goodbye. Good riddance. The ‘worst’ year ever. The thinking I suppose, behind this communal calendar burning is that 2017 is going to be ‘different’ 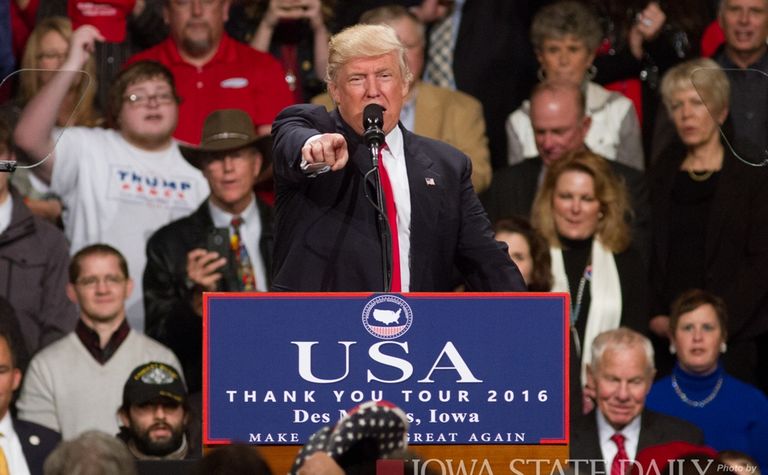 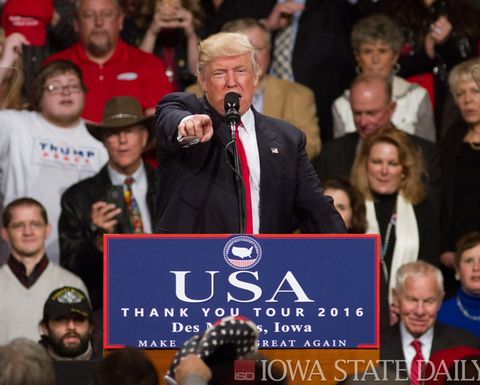 Trump has met with success because of uncertainty and the fear that uncertainty brings. Image: Wikicommons

From all indications, the mining industry has reason to think so. Donald Trump made the recovery of coal jobs a centrepiece of his campaign. He's a republican and, presumably, is pro-mining and pro-energy.

On November 9, the day after the US election, mining stocks took off and prices recovered somewhat. Even the executives of BHP visited Trump Tower (aka White House North) to see the President-Elect. But, like Donald Trump, reality is not that simple. The world remains a very uncertain place. For mining companies the global wave of nationalism and populism that helped bring Trump into office is a contributor to that uncertainty.

In fact, there are real reasons to consider scenarios in which emerging governments, American and otherwise, become less enamoured of the mining industry.

Trump and others like him, including Le Pen in France and the Brexiters in England, have met with success because of uncertainty and the fear that brings. People around the world have felt irrelevant, powerless and cheated.

The growing gap between the rich and the poor in even the wealthiest of nations has led to movements such as Occupy Brazil, Egypt's Tahrir Square and the recent election in America.

Trump rode this wave and used coal mining as a lightning rod. According to the Bureau of Labor Statistics, there were more than a quarter of a million US coal mining jobs in 1979. By October 2016, fewer than 54,000 people were employed in those jobs. Trump has promised to bring those jobs back. Here's the thing: he won't be able to do that, nor does the mining industry want him to.

After years of toying with innovation, 2017 is the year when mining companies appear ready, culturally and technologically, to shift to new operating models. We have finally entered an age where two major technologies are emerging that will fundamentally change this and many other industries: artificial intelligence and robotics/automation.

Robotics and automation have the power to replace and enhance physical and service workers across every industry, while artificial intelligence has the potential to replace almost everyone else, including knowledge workers. Together, they will change the nature of, or need for, every job in mining.

The shift in employment required will draw the attention of populist politicians - we're seeing some of this already. Vale has met with resistance in Brazil as it attempts to shift jobs from one region to the next. Anglo American has felt pressure in Africa with regard to asset sales. Ford and other manufacturers in America are being pressured to keep jobs from moving to Mexico or China.

Now, consider the response in Brazil, South Africa, Sudbury or Pennsylvania when fully autonomous, robotic, artificial intelligence-based mining operations are launched. This uncertainty around whether society will accept change in the industry is one of the greatest challenges facing mining in 2017. 2017 will be different. If the promises of infrastructure investment and US, Chinese and overall global growth are realised, it will be a great year for an industry that has already reduced debt and streamlined operations. In fact, it has the potential to be truly transformational. But let us not pretend it is any more certain than 2016 was calm.

That would be a YUGE mistake.

George Hemingway is a partner and head of the innovation practice for Stratalis, a growth strategy and innovation consultancy focused on helping leading industrials including mining companies to profit from the future. Follow him on Twitter @GeorgeStratalis

The power of foresight

The power of foresight