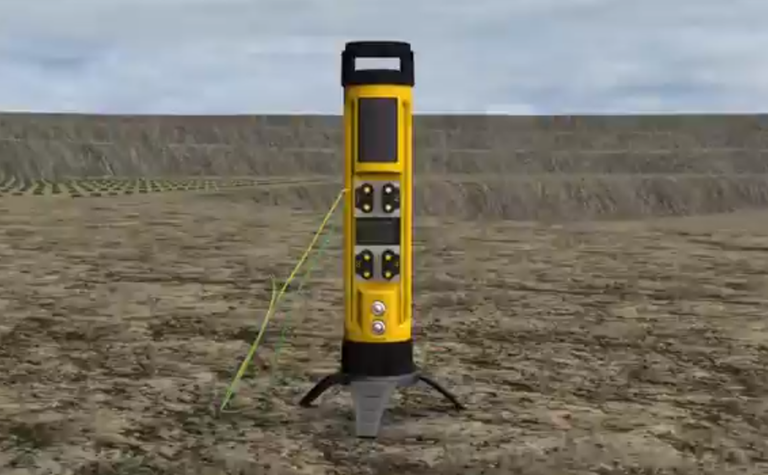 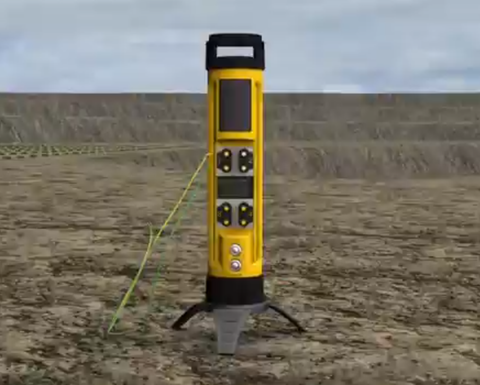 Electronic initiation first started coming to market in the 1980s, and today the technology is widely used and accepted. Using digital communication between an electronic blasting device and detonators, the technology can deliver tangible value with benefits ranging from improved blasting efficiency to enhanced safety.

The DigiShot Plus 4G System features a fast and simple deployment method, an automatic check to ensure the correct number of detonators per channel, energy monitoring right up to the point of blasting, and automatic detection and testing of detonators.

This system has two robust downline wires with two deployment methods designed to improve safety by reducing time spent on the bench. The wire and detonator are packaged as coils or with spools giving customers quick deployment options. Along with deployment options there are three types of wires available: standard, deep hole and XTM (extreme conditions).

The DigiShot Plus 4G Detonator contains the new 4G chip and is fully programmable with fifteen times more memory for storing and tracking unique identification numbers, GPS coordinates, and time and date of blasting.

The Commander is a multi-purpose device functioning as an all-in-one bench box, repeater and the blast box for surface applications. There are four channels on each Commander that can initiate up to 400 detonators, giving total capacity of 1,600 detonators per Commander, and up to 10 Commanders can be used on a bench initiating up to 16,000 detonators. This connection also allows for fast and simple tagging and testing because the Commander is in constant communication with the detonator and the CE4 Tagger. The CE4 Tagger gives the firing command with encrypted BlastCards.

The CE4 Tagger is a one-of-a-kind handheld tool that can write the delay time to the detonator during tagging and allows the user to wirelessly control the blast. It not only aids in detonator troubleshooting, it is also able to record the GPS location of the detonator. It also tests leakage, troubleshoots the bench, can test up to 400 detonators at a time and has good battery management technology.

Finally, the system offers a tablet as an optional control instrument to connect wirelessly to the Commander. Additional benefits include the ability to download the full detonator list and access the full blast design with a helicopter view and blast plan simulation. Password-protected BlastCards are also available to both wirelessly interact with the Commander and store encrypted blast commands and RF (remote firing) settings.

For underground application, DigiShot Plus 4G is compatible with Dyno Nobel's BlastWeb underground networking system. BlastWeb has a software system that monitors up to 24 Blast Control Units connected to the centralised blasting network 24/7.

"BlastWeb has become the solution of choice for underground mines that are serious about safety and looking for an electronic detonator-based centralised blasting system that is easy to use, maintain and expand as the mine's production requirements expand," said Campbell Robertson, Dyno Nobel underground advanced products application manager.

According to Dyno Nobel, the top benefits of DigiShot Plus 4G include improved blasting efficiency, lower vibration levels, improved excavation profiles and wall stability, as well as increased loader productivity and enhanced safety.

Dyno Nobel's DigiShot Plus 4G is the fastest, most efficient electronic initiation system

DigiShot Plus a success underground