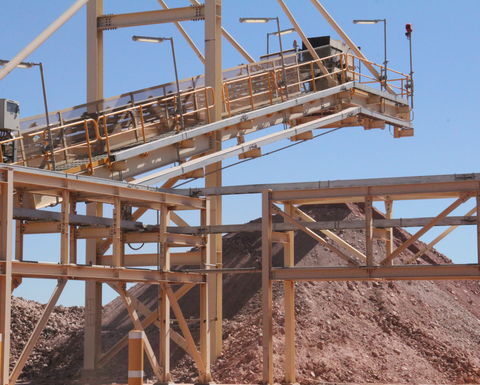 Wolfgang Schnittker, CEO of thyssenkrupp Materials Trading, said Northern Minerals, in Western Australia's Kimberley region, was one of the few suppliers of rare earths outside of China.

"As the exclusive marketer of these high-quality products we have the opportunity to strengthen our customer relationships long term and expand our positioning in this field," he said.

The deal with JFMAG fell through earlier this month when Northern lost patience with the Chinese buyer for allegedly breaching the deal. There had already been disagreements over prices.

Under the deal, signed in April 2017, JFMAG was to buy all the heavy rare earth carbonate produced in the three-year pilot plant stage at Browns Range, at a price based on a two month average of quoted prices from Asian Metals and Beijing Ruidow Information Technology.

JFMAG was also meant to pay Northern A$10 million (US$6.8 million) before the first shipment, to cover 15% of the cost of production.

Thyssenkrupp will assume JFMAG's position and buy 100% of the HRE concentrate produced through the pilot plant stage, with the new agreement containing a clause giving flexibility to both seller and buyer for the supply of separated products if Northern Minerals' ore separation plant gets off the ground.

Under the agreement, thyssenkrupp will work with Northern Minerals to implement ore-separating technologies at the plant and also on potential future expansions of the project.

The replacement deal starts immediately, with all stockpiled and future product included in the agreement.

Northern Minerals managing director and CEO George Bauk said the offtake agreement with a global player such as thyssenkrupp was a significant endorsement of Browns Range and the company.

Bauk said this agreement did not include any price caps, which gave the company full exposure to increasing dysprosium and terbium prices.

He said those prices had risen 60% and 35%, respectively, this year.