Liquefied natural gas (LNG) is an abundant, environmentally friendly alternative fuel for heavy equipment. Caterpillar is leading the way in putting it to work on mine sites around the world. 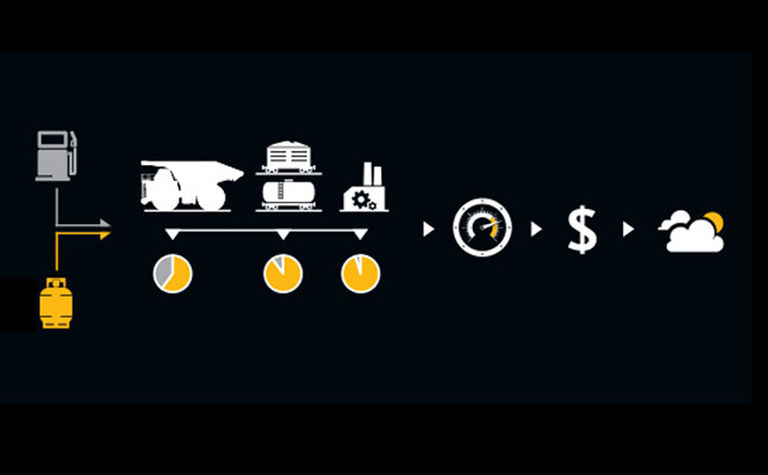 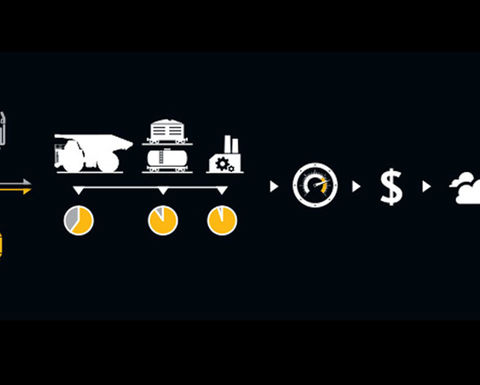 More mine sites are exploring the use of LNG.

As the industry has developed more economical and efficient methods for its recovery, natural gas has emerged as a cheap, environmentally friendly and abundant alternative to diesel and other fuels in applications across a number of industries. New methods make it possible to access reserves that were previously either impossible or uneconomical to recover, further driving the rise in the use of natural gas. Though the technology behind the large-scale collection, distribution and use of natural gas is in its infancy, there is high demand for advancement in the field.

Industries that demand high-horsepower engine applications, such as mining, rail, marine and power generation, are especially interested in this economically and environmentally viable fuel. For some mining operations, fuel costs alone can account for as much as 40 percent of total operating expenses. Many mining operations stand to save a significant amount of money with the creation of the technology and infrastructure necessary to fully harness the potential of liquefied natural gas (LNG).

Caterpillar is developing several technologies that will allow the use of LNG-fueled engines in a number of applications.
The first is a Dynamic Gas Blending (DGB) engine, which mixes natural gas with air and combines with diesel for combustion. This engine is expected to achieve diesel replacement of around 60 percent with comparable performance to a pure-diesel engine. DGB allows customers to utilize diesel or a combination of diesel and natural gas. This flexibility offers benefits to customers in areas where natural gas supply is not yet reliable.

The second engine under development is a High Pressure Direct Injection (HPDI) engine, which is targeted to the largest Cat® Mining Trucks. HPDI injects natural gas directly into the engine, using only a small amount of diesel as an ignition source. Engine test cell evaluations show the HPDI technology is capable of providing greater than 90 percent diesel substitution and lower greenhouse gas emissions — while operating at diesel equivalent performance.

Caterpillar anticipates that, for many parts of the world, this will provide significant fuel savings based on the price differential between natural gas and diesel, as well as contribute to more sustainable mining operations.

The primary goal of the large mining truck LNG projects is to provide the economic and environmental benefits of LNG without sacrificing the performance and reliability Caterpillar customers have come to expect from these machines.

“Natural gas is a clean-burning, economical fuel that is readily available to the majority of our mining customers worldwide,” says Chris Curfman, president of mining sales and support for Caterpillar’s Global Mining organization. “LNG-powered products promise to reduce our customers’ fuel costs. We look forward to being able to offer this option to the global mining community.”

Caterpillar is also pioneering new LNG-based solutions in other industries. Through its rail subsidiaries Electro-Motive Diesel (EMD) and Progress Rail, Caterpillar is developing both DGB and HPDI engines for rail applications. Rail users stand to save a significant amount of money with even a moderate decrease in fuel supply costs.

Billy Ainsworth, CEO of Electro-Motive Diesel, said that EMD is proud to be part of Caterpillar’s efforts to offer alternative fuel to its customers. “We’re not sitting idly,” he says. “We see it as a reality.”

According to Ainsworth, Caterpillar is listening closely to customers to deliver the results they demand with their need for fuel efficiency and reduced emissions. The company works closely with industry partners not only to develop technology to use LNG in its machines, but also to build the infrastructure the world needs to make full use of the fuel.

In order to help make its LNG projects a reality, Caterpillar has partnered with Westport Innovations, Inc. Westport has led the industry in the development of natural-gas-fired engines for vehicles of every size and application.

The agreement between Caterpillar and Westport is focused on engines for mining trucks and locomotives, and leverages the expertise and experience that Westport has gained through its existing natural gas technologies.

“This is a significant opportunity that has the potential to transform important segments of the global off-road equipment industries,” says David Demers, CEO of Westport Innovations. “The substantial price difference between natural gas and diesel fuel is resulting in a strong financial incentive to enable off-road applications to take advantage of low natural gas energy costs without sacrificing operational performance. There is also a clear environmental incentive because of the reduced carbon emissions.”

Mining isn’t the only industry taking advantage of natural gas opportunities. Caterpillar sells natural gas powered gen sets of up to 10 megawatts that are being supplied to a Mid-Kansas Electric company within the next year. These gen sets will run on 12 natural-gas-fired Cat generator sets.

The oil and gas group has already shipped four DGB kits to companies in Russia and the United States. Two generators in Arkansas, USA, helped provide the power to drill eight wells in 45 days and is estimated to have saved more than USD$100,000 in fuel costs over that time.

“Our customers want this to be a reality, and we want to bring it to them,” Ainsworth says. “We’re all in.”

Bradda to use geothermal for greener lithium