How do we power the plants and mines of the future? Plant managers, take note. The move to low carbon energy supply could impact the way you run your processing circuits. Hydrogen power is an emerging future energy option (along with renewables and battery-electric power). The Coalition for Eco Efficient Comminution (CEEC) shares some emerging trends 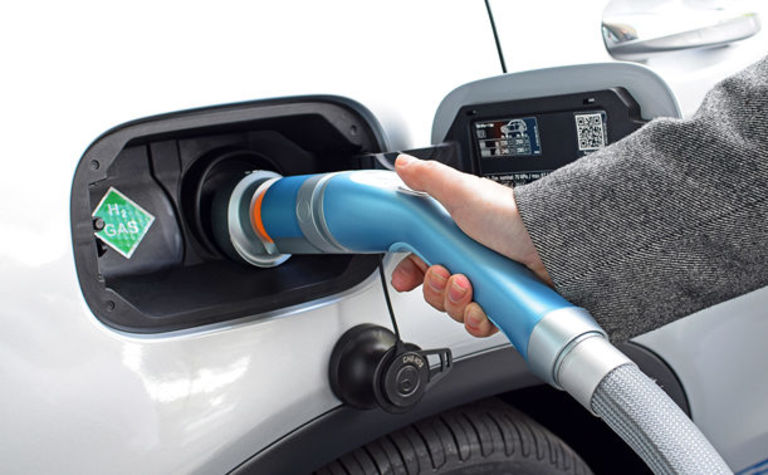 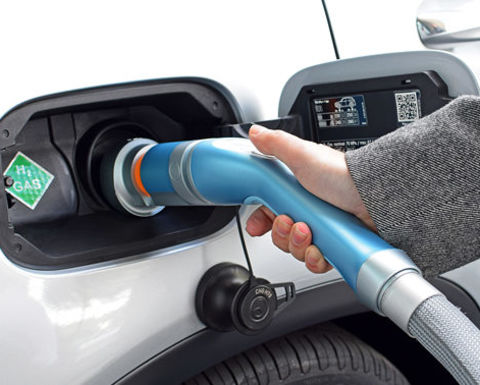 The shift towards a decarbonised energy future has significant ramifications for the global mining industry, particularly given the energy-intensive nature of comminution and mining, and the remoteness of most mineral deposits.

The demand for low-carbon and carbon-free energy has accelerated improvement in the cost and performance of renewables, batteries and hydrogen-related energy supply technologies over the past three years. Mining leaders, project investors and processing specialists now have additional choices to power mobile fleet, transport and fixed plant.

Mining companies are already making strong moves towards battery-electric mobile equipment, as illustrated by the launch of the International Council on Mining and Metals' (ICMM's) Innovation for Cleaner Safer Vehicles (ICSV) programme. The ICSV brings together 27 of the world's leading mining companies and some of the best known truck and mining equipment suppliers to develop and introduce greenhouse gas emission-free surface mining vehicles by 2040. The programme is also targeting other environmental, health and safety outcomes.

Sponsors of the Coalition for Eco Efficient Comminution (CEEC) are among the pioneers embracing this new low-carbon technology. CEEC sponsor Goldcorp, for example, plans to build Canada's first all-electric mine of the future, in partnership with Sandvik, another a CEEC sponsor, and MacLean Engineering. Goldcorp has set a five-year target of increasing energy efficiency by 15%, reducing greenhouse gas emissions by 20% and sourcing 5% of its energy from renewables.

Elsewhere, battery-electric vehicles are being tested or phased in, such as at BHP's Olympic Dam mine in South Australia. Although the number of battery-electric vehicles currently accounts for only 1% of the world's mining equipment, equipment manufacturer Epiroc expects this to change dramatically over the next decade, with the majority of trucks and loaders being replaced with electric equipment. In November 2018, the company announced the launch of its second generation of battery-operated mining equipment.

Hydrogen is emerging as another energy option for fixed plant and mobile fleet energy. The ICMM expects hydrogen fuel cells to power vehicles of the future. In Australia, the chief scientist, CSIRO and ITM energy experts acknowledge the strong momentum for hydrogen energy supply market opportunities.

The experts note that hydrogen could bring advantages to some remote sites, to complement the existing advanced battery systems, gas and renewable energy sources (see this recent CEEC news article for more information). Together, these sources could supply reliable, lower cost (on a levelised cost of energy basis) and lower emissions energy supply and transport options.

Scientists say that hydrogen, the world's most abundant element, offers a pathway to decarbonise energy systems because it is a carbon-free energy carrier. Energy can be released as heat through combustion or as electricity using a fuel cell. The only by-product is water, eliminating carbon dioxide and other greenhouse gas emissions.

Energy specialist Marc Allen, director of CEEC and technical director at engeco, has been tracking the development of hydrogen energy and assessing the importance for the mining industry.

"In many cases, mine sites are located away from high-quality grid connections and are, therefore, reliant on self-generated electricity to provide energy for the mine and processing plant," he says. "Invariably, this is supplied by traditional, fossil fuel-powered generation - using either diesel or natural gas."

He explains: "Regulatory and stakeholder concerns are currently driving, and will continue to drive, a move towards low-carbon and zero-carbon energy generation options, such as renewable energy. Given the intermittent nature of renewable power generation options, like solar and wind, a 24x7 mining operation with relatively constant load will require another technology to firm the renewable supply and provide electricity when the renewable power generator cannot."

Allen adds that hydrogen was generally considered to be a large part of the decarbonised energy future. He says: "In the area of stationary energy and power generation, hydrogen has a part to play to firm energy supply from renewables, and hydrogen generation can also play a role in absorbing excess renewable energy generation during times of peak supply.

"The key advantage of hydrogen over other potential energy storage options is its ability to discharge energy over a longer time period compared with other options, making it an appropriate option for energy supply system backup for medium-to-large-scale power systems that are islanded from main grids.

"In the short-to-medium term, this type of energy backup for renewables will be provided by traditional energy sources such as diesel or gas but, as the economy decarbonises, there will be a shift towards zero-carbon options such as hydrogen."

Allen says that hydrogen also has the potential to provide an energy source for mobile fleet, particularly the larger haul trucks and materials handling equipment associated with open-pit mines.

"Alternative fuels such as compressed or liquefied natural gas in the short term, and hydrogen fuel cells in the longer term, have an advantage over battery power for such large vehicles that require high availability. The mass of batteries required and the time taken to recharge may be a disadvantage when it comes to vehicles of this size. Natural gas and then hydrogen provide a lower emissions alternative to diesel that can be refuelled relatively quickly and provide the required power," he notes.

"In underground mining, a switch from diesel to fuels with lower particulate emissions (such as battery-electric, natural gas and hydrogen) has the additional benefit of being able to reduce ventilation load in the mine workings - and reducing power consumption by the mine."

Allen says that hydrogen research and development is still ongoing.

"There are still technical issues associated with storage and transport of the gas, and it is still a higher-cost option than alternatives, but these are likely to be addressed in coming years as these alternative fuels are commercialised and governments maintain their focus on bringing them to market," he explains.

"Hydrogen has the potential to be a large contributor to several countries' export markets, especially those with an abundance of renewable energy. It can also make use of excess supply."

The mining industry, given the location of the majority of mine sites, has an opportunity to capitalise on this momentum towards hydrogen. Hydrogen offers a way to become more self-sufficient in terms of energy supply for both fixed and mobile equipment and, potentially, to generate another revenue-generating product in the form of hydrogen for export.

A key issue is the need for access to water and, where carbon price is introduced, it may strongly boost the economic advantages of hydrogen compared with many other energy sources.

Allen says that the value proposition for hydrogen energy supply to fixed plant is different from that of transport.

"For light vehicles, battery-electric and plug-in hybrid are currently superior for light vehicles for many mine sites, from an efficiency and cost perspective. However, that the role of hydrogen in transport applications becomes more advantageous in larger and heavier vehicles," he explains.

"Vehicles that require a high energy density fuel and those that require high uptime, such as larger haulage vehicles, may benefit from relatively quick refuel from a hydrogen source without the weight detriments of large battery packs. Long-range road and rail transport in remote areas may also benefit from hydrogen power sources for a similar reason.

"The embodied energy required to provide hydrogen energy source is also a factor to be considered, as each individual project's merits are assessed. Electric vehicles are already transforming our industry, helping drive safety and lower emissions. Mining leaders can now consider hydrogen energy as an important emerging option to amplify efforts to decarbonise, while supporting baseload energy for processing plants at remote sites and powering larger equipment and transport fleets."

This article was originally published by CEEC.

Trucks will run on green hydrogen.