DeepGreen Metals holds rights to two exploration contracts in the Clarion-Clipperton Zone, an area in the Pacific Ocean between Hawaii and Mexico, where it plans to collect and process polymetallic nodules – solid deposits of high-grade manganese, nickel, copper and cobalt that rest in clusters on the ocean floor. Ailbhe Goodbody spoke to Gerard Barron, CEO and chairman of DeepGreen Metals, to find out more about the company’s plans 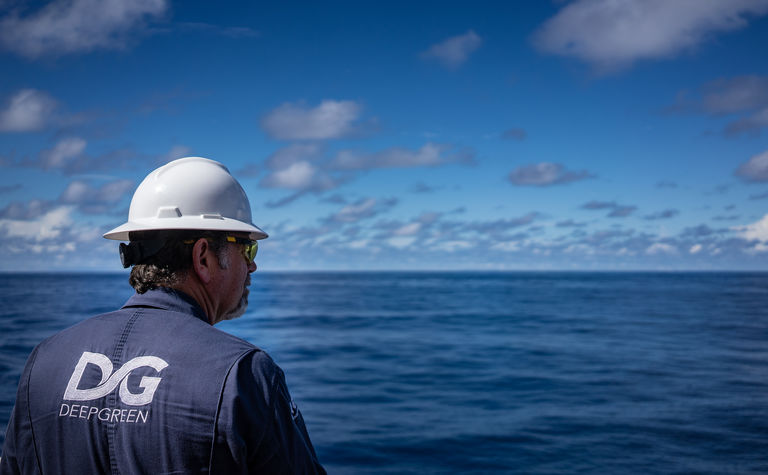 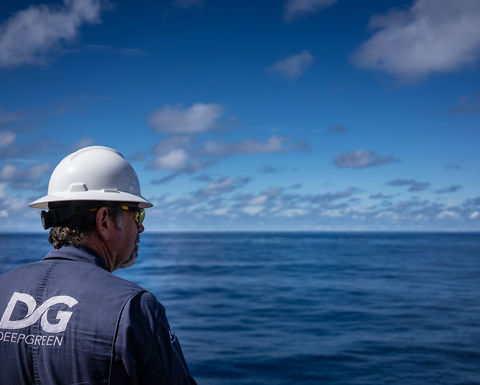 According to DeepGreen, it is exploring CCZ-sourced base metals as "a lower impact and more ethical alternative to land-based mining" for the world's transition to electric vehicles and carbon-free energy

Companies and countries have been looking into deep-sea mining for decades - what recent advances in technology mean that it is closer to being achieved?

I think there are several things. The first is the growing awareness around the environmental need to move away from fossil fuels, and that is creating a big push towards renewable energy and towards electric vehicles. There's a demand category today that was not evident a decade ago, let alone 30 years ago.

The second thing is that there was previously no regulatory environment that allowed us to get certainty around tenure. We operate in the high seas [international waters that do not belong to any state's jurisdiction], which are regulated by the International Seabed Authority; the final regulations will only be adopted in the middle of 2020. If you cast your mind back to the 1970s when companies were preparing the collect these nodules, there was no regulatory environment back then either but no one had actually worked out who owned the high seas, where territorial boundaries began and ended, and who would own and benefit from these assets that are in the area.

Finally, the oil & gas services industry is in bad shape, so there are all these very large companies with great expertise and great assets that are looking to a new industry to keep themselves busy. Of course, the deep ocean has been explored for oil & gas, so these companies have ships, they have expertise, and they are well equipped to help us build the production systems that will enable us to collect nodules from the ocean floor.

Has the recent resurgence and development of battery-electric vehicles in industries like mining and automotive contributed to a renewed interest in deep-sea mining?

Most certainly. This push towards the green transition - to stop burning fossil fuels - is going to be a bonanza for everyone who is in the business of producing the base metals that are necessary to build the batteries to power the vehicles, to build the wind turbines and of course to store the energy from the renewable power stations.

Are you able to tell me more about the technology that DeepGreen Metals will be using for collecting and processing the polymetallic nodules?

Our strategy on that angle has been to partner with people, particularly on the offshore side. One of our recent shareholders is a very large company called Allseas, which is one of the largest pipelayers in the deep ocean for oil & gas.

Allseas is working with us to develop the pilot mining systems, and we are on track to put that in the water in Q3 of 2021, which is less than two years away. It will be a full production system - meaning it will use an air riser, it will have a tracked vehicle operating on the ocean floor, and will be something that could be moved into a full scale production system. 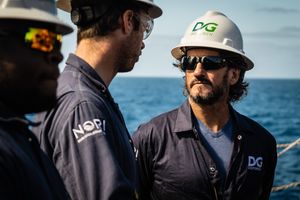 Our strategy has been to go to the industry that has learned the lessons from past experiences; the deep ocean is a unique place and presents unique challenges. There is a learning curve, so we wanted to get people who had that knowledge base to help us build the knowhow.

On the processing side, we're able to take advantage of some proven pyrometallurgical and hydrometallurgical processing methodologies that are currently used for nickel laterites. What we're doing is just replacing the feedstock; the unique part is that we haven't used those flowsheets to process nodules, but the flowsheets are operating successfully for nickel laterites in a variety of places around the world.

On the processing side, we've worked with Hatch to refine how to turn these nodules into battery materials. Hatch sees this as an opportunity to forge their way into a very new industry, as do a lot of the other vendors in our space that we were talking to.

Some scientists have expressed concern about the impact of deep-sea mining on uniquely fragile organisms and their habitats, but others say that seabed mining actually has a smaller footprint and is more environmentally friendly than land-based mining. What is DeepGreen Metals' position on this?

Our position is that it's much more environmentally friendly. The only way you can properly assess that is to look at a full lifecycle analysis, and we are soon launching a whitepaper that does that - it will look at it from cradle to gate, the impact of collecting these metals from known land-based sources as opposed to from our polymetallic nodules.

There are several types of metals in our ocean. There are nodules, which we are 100% focused on, and there are sulphides and seafloor crusts, which we are not interested in. With sulphides and crusts, you really do have to go and mine them, you've got to turn big rocks into little rocks and pump them to the surface; whereas nodules just lie on the ocean floor.

Now, we're not denying that there will be an impact - of course there's an impact, there is no perfect situation on the planet where you can have zero impact when it comes to metals. But I think what's clear is that we have these nodules in a unique location - they are 4,000m underwater on the floor of the Pacific Ocean, and they sit on the abyssal plain. This happens to be the biggest desert on the planet, it is just on the ocean floor. I'm pretty sure that Mother Nature could not have chosen a better place to rest such a large, relevant resource.

Now, we're not denying that there will be an impact - of course there's an impact, there is no perfect situation on the planet where you can have zero impact when it comes to metals

The good news is that the nodules are very abundant in all the metals that we need to build these batteries. So we think, from an environmental perspective, the fact that we don't have to strip away hundreds or thousands of metres of overburden, the fact that these nodules lie there unattached, and also the fact that when we process them into battery materials we generate zero tailings and zero waste - that's a pretty unique resource, you can't point to another similar resource on land -that's obviously an enormous benefit of ocean metals compared to the known sources on land.

I think this environmental aspect is going to become much stronger as the reason why the ocean is a better place to collect these metals from. Of course, I understand that environmentalists are suspicious, because when you look at land-based mining there have been lots of disasters; I think it's natural to assume that there's a risk and that it will be the same in the ocean.

But the mining and oil & gas industries started in an era when there were no regulations really, whereas this [deep-sea mining] has been governed by the International Seabed Authority since 1994. There is currently no mining offshore of nodules - we're still preparing for it - and so the regulatory oversight is going to be very strong. We're very happy with that because we want this to be a positive thing for the planet, and not to be something we regret.

One of the arguments that I often see NGOs use is that there are enough resources on land, so we don't need to go to the ocean. Now, technically they're right; there are enough resources on land. But the question is where they are, and what the environmental and social cost of going to those places will be. If you can build an electric vehicle battery and generate 70% less CO2 by using ocean metals compared to going to terrestrial sources, then that's a pretty strong signal.

When we looked at lifecycle analysis in our whitepaper, we couldn't just look at biodiversity; we had to look at CO2, and we had to look at carbon sequestration - when you are stripping forests and land you're releasing a lot of carbon and removing those carbon sinks. We also had to look at water usage, which is going to become a more prevalent issue in the future; we had to look at the impact on human lives.

These decisions are complex, and it takes a lot of very careful thought and study. I think that to put your head in the sand and say 'No, we shouldn't do this because we're going to potentially impact an organism that we don't even know exists at the moment', is irresponsible because when will we have enough data on this to make an informed decision on that basis? Probably never.

Of course, the unintended consequences of man's behaviour are there for all of us to see - rising global temperatures, rising sea levels, natural ecosystems being destroyed. They are the realities in which we live and so we'll work with these. It's not nice when you get environmental groups who are building opposition only on what I deem irresponsible platforms, but that's what we live with, we must charge on.

Last year it was announced that Nauru is partnering with DeepGreen Metals on a collaborative programme, could you tell me a bit more about that venture?

It was a pretty easy decision for them because there was no investment required; in return we would pay them royalties when we move into production. We would also provide jobs, upskill their people, and provide them hope of a new industry which would provide jobs and future incomes to diversify their reliance on foreign aid and some fishing royalties. This is an ideal partnership from our perspective, and for a developing nation it means that they get to participate in a new industry which otherwise they would be forced to stand by and watch.

Join us at Future of Mining Australia on March 23-24, 2020, in Sydney, Australia, where DeepGreen Metals' Gerard Barron will speak about state-of-the-art deep sea nodule collectors with maximum respect to our ocean's health, supplying the metals for our future and why a multi-disciplinary approach is better than one standalone method.

For more information on the programme and speaker line-up, please click here.