Australian lithium explorer Vulcan Energy said that a prefeasibility study on its Zero Carbon lithium project in Germany demonstrates robust economics and shows it has “strong potential” to achieve a zero-carbon footprint. 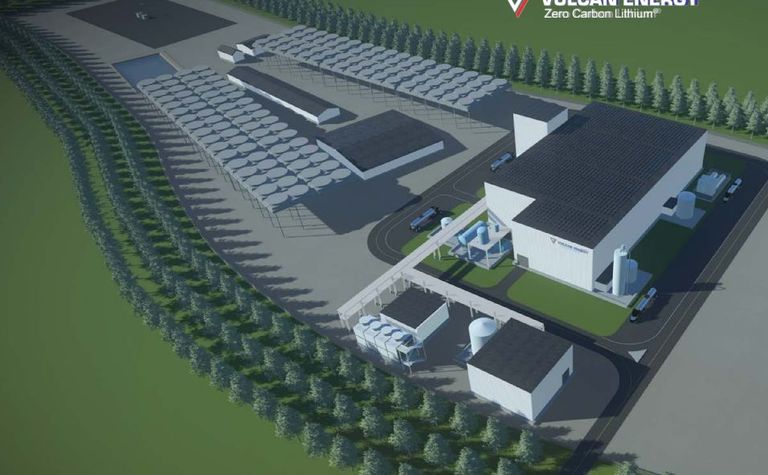 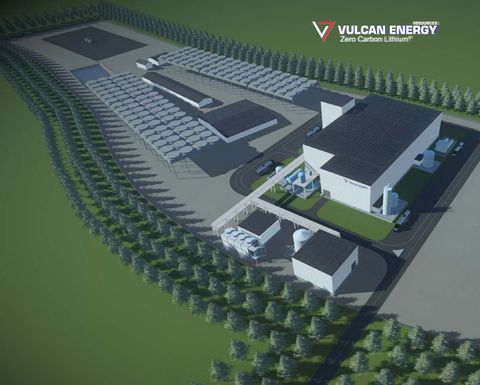 A 3D visualisation of part of Vulcan’s project in Germany

Vulcan, which in July teamed up with EIT InnoEnergy on the project, said the report confirms it can "develop a cutting edge, combined renewable energy and lithium hydroxide project, in the centre of Europe, with net-zero carbon footprint."

The PFS estimated the project's starting capital cost will be €226 million for geothermal wells and plant, as well as €474 million for direct lithium extraction plans and a central lithium plant.

All in, the report said the two-phase operation will carry a €1.14 billion capital cost price tag. If it is done as a full, no-phase project, that investment would jump to €1.74 billion.

At the heart of Vulcan is zero-carbon heat, which would offset the phase-out of coal in Germany and also cities' bans on fossil heating systems. From the Upper Valley Reservoir, it will use the heat, electricity and lithium-rich brine from geothermal electricity to get lithium chloride, which from a central lithium plant would be used in the lithium-ion battery supply chain.

In the process, used water is recycled, and there are no toxic wastes generated or gases emitted. Because the heat and power are from renewable resources, no fossil fuels are required.

Finally, the central lithium plant will offer a production area well as elements for electrolysis, HCI synthesis and impurity removal.

"Long-term market fundamentals remain strong for the lithium market. Demand will be driven by electric mobility with growth rates expected to average 24% [per year] during the next 10 years, supply is growing slower, leading a negative market balance from 2024 onwards," the company said.

"Led by changes in cathode technologies, lithium hydroxide is forecast to take over lithium carbonate before the mid-2020s."

Vulcan plans to go ahead with a definitive feasibility study this year. It will meanwhile scale its piloting and continue talks with offtake partners.

Vulcan plans to access lithium resources in the so-called Upper Rhine Rift, in the states of Baden-Wuerttemberg and Rhineland-Palatinate, according to Vulcan, the region contains Europe's largest lithium resource and is one one of the largest worldwide.