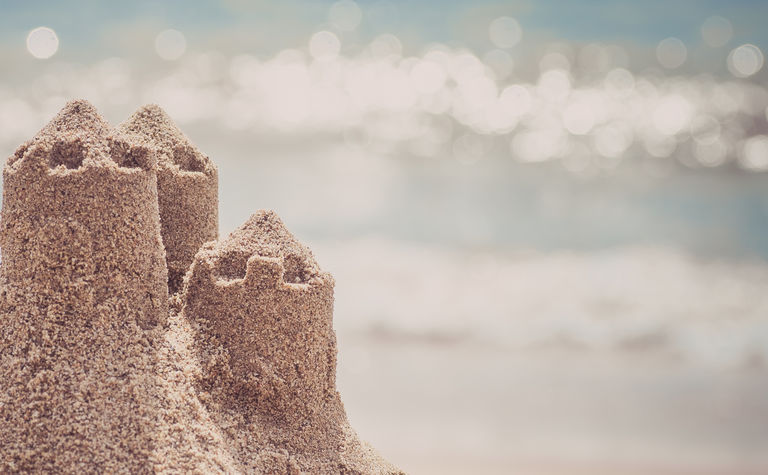 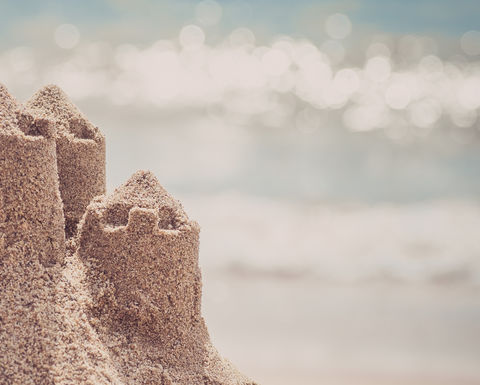 Vale’s historic involvement in the concept dates back to 2013

Brazilian iron ore miner Vale has proposed that so-called "ore-sands" generated through mining waste could be a solution to both the environmental impacts of mine tailings and a sand demand spike affecting the construction and aggregates markets.

Vale on Tuesday released the results of a 12-month research project it has conducted jointly with the Universities of Queensland (UQ) and of Geneva (UNIGE) that studied how materials previously discarded as mine waste can be repurposed for sand use on a vast, global scale.

"[This is] disruptive innovation that can challenge the existing norms and attitudes in the market," says the report, which cites a Mudd & Boger report which found mine waste, estimated to be in the range of 30 to 60 Bt per year, is the largest waste stream on the planet.

The partnership between Vale and the universities was born in an event held in 2018 at the Brazilian company's office in Switzerland, where Vale's engineer Emile Scheepers presented his research on applications for sandy material for the production of quartz surfaces used in, for example, kitchen countertops. This project began in 2013 and was followed by other research initiatives in Brazil aiming at the reduction of tailings in iron ore production.

"Vale has already invested around R$50 million [US$10 million] and has partnered with more than 40 organizations, including universities, research centres and national and foreign companies, to study applications for material from iron ore processing," explains André Vilhena, manager of New Businesses at Vale. "Our aim is to innovate to make mining more sustainable and smart, promoting the circular economy and benefiting society."

Vale's historic involvement in the concept dates back to 2013, when the company's Quartz Project was launched to investigate whether sand by-products could drastically reduce the amount of tailings requiring storage at its mine sites. Vale also contributed to the report and facilitated the sampling of its "Sustainable Sand", which is produced at the Brucutu mine (MG), for an independent analysis.

Vale focus on tailing solutions is also driven in part by the tragic legacy of the tailings dam disaster in Brumadinho on January 25, 2019, which led to 270 fatalities.

The study released on Tuesday found that in addition to easing complex storage issues, that the mine waste stream could be a solution to spiralling demand for sand, gravel and crushed rock. This has tripled over the last two decades to reach an estimated 50 billion tonnes per year, according to the UN.

Only a "few percent at best" of mine waste is currently being re-used, with the vast majority still destined for disposal. It said an explanation for a slow rate of uptake is that for the most part, re-use has focussed on mining residues, rather than producing by-products that require their own optimisation during mineral processing.

"This is a crucial distinction because mineral residues may not be fully optimised for the intended reuse purpose and can contain environmentally harmful minerals, elements and compounds".

The report's authors propose that advancements in mining and processing technologies, combined with regulatory changes and need for a transition to a circular economy, may spur greater interest in ore sands. However, there also needs to be innovation to drive the uptake.

Firstly, it cites the need for the technical innovation of new aggregate material.

"Ore-sands are a new input material that comes from an unconventional source for the aggregates market. While there is currently no perfect solution to substituting sand in concrete, this material offers some potential worth exploring".

Secondly, it notes that producing and using this material potentially require some degree of process innovation within mining companies, especially with regard to comminution (crushing), beneficiation (upgrading) and tailings management, and within use sectors, depending on the application for which naturally-sourced sand is being displaced.

Thirdly, diffusing technical and process innovations for ore-sand will require changes in policy, legislation, sourcing and use practices, and a transformation of the operating environment for aggregates sourcing and use, led by government, private sector and civil society actors.

"A chasm in the adoption curve for ore-sands is the gap between values, preferences, incentives and constraints for innovators and early adopters on one side, and the early majority and late majority on the other."

After an analysis of the chemical properties and some refining operations, the researchers were able to demonstrate that part of the material stream which would otherwise end up as mining residues could be used as a substitute for construction and industrial sand, in the same way as recycled concrete and steel slag. "If these results can be replicated with other types of mineral ores there is potential for major reductions in global mine tailings."

A mapping part of the study also found that the solution is vastly scalable and cuts across the industry in terms of application.

"By mapping mining locations worldwide and modelling global sand consumption, we discovered that almost a third of mine sites can find at least some demand for ore-sand within a 50 km range. This could contribute to at least 10% reduction in the volume of tailings generation at each site. Simultaneously, almost half of the global sand market (by volume) could find a local source of ore-sand. For example, ore-sand could potentially substitute 1 billion metric tons of sand demand in China", said SMI's Development Minerals Program Leader Professor Daniel Franks.

In addition, the life cycle assessment of ore-sand, based on the Vale case, shows that substituting naturally sourced sand with ore-sand could potentially lead to net reductions in carbon emissions during sand production. The carbon emissions by transport is however a key consideration.

"Considering the co-production of ore-sand is a significant advantage for mining companies: it reduces the large tailings which hinder operational mining activities, while at the same time can generate additional revenues. Ore-sand is a step towards a "no tailings mine'', said UNIGE's Adjunct Professor for environmental and aquatic sciences, Pascal Peduzzi. "Developing countries have fewer options for using recycled aggregate materials, given their more recent infrastructure. However, many have mining operations that can generate ore-sand as a by-product."

Vale added that its existing Sustainable Sand product, a co-product of iron ore processing, was created through adjustments in the operation. The sandy material, previously disposed in piles and dams, is now processed and transformed into a product, following the same quality controls as in the iron ore production. This year, Vale will allocate around 1 million tons of sand, between sales and donations, for use in civil construction and tests in pavement, among other uses.

Vale has committed to produce more than 1 million tons of sand for sale or donation in 2022.