Eureka Maps has applied an AI data mining algorithm to identify battery metals, such as copper and nickel and combined this approach with the IUCN Red List of Threatened Species. 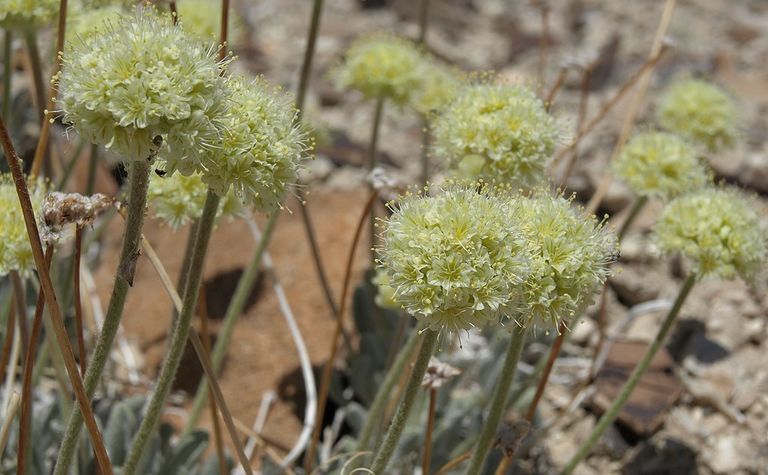 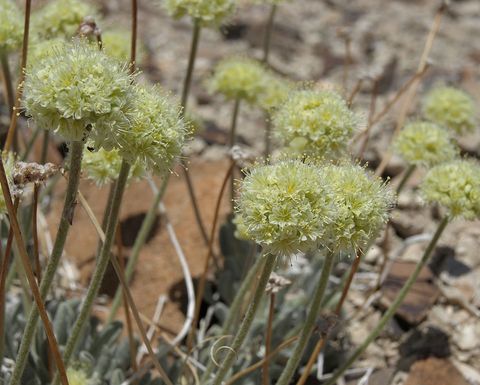 Recent environmental interventions over the alleged threat posed by planned mines to rare wildlife habitats have highlighted the complexities faced by projects in the US, Canada and Europe.

Conservationists said in September that a rare springsnail's habitat in Nevada was threatened by a proposed lithium mine. Ioneer also faced issues in the same state related to a critical habitat for the wildflower, Tiehm's buckwheat

Eureka said its project aims to "allow mining companies to invest in exploration areas for nickel and copper that represent the best opportunities to find new metals, while reducing exploration footprints down by 98% of the former area needed for exploration".

"This innovative approach reduces habitat fragmentation from too many new roads", added the firm.

In the example below, the firm produced an AI-generated prospectivity map for 2.5% copper weight to weight in Nova Scotia, Canada, versus a threatened species listed as "EN" for endangered species (area in red has an endangered species where copper is likely present, other areas in yellow brown have copper present, but species present are not at risk of extinction, or require further study before exploration can occur).

"This type of GIS combined with AI prospecting map that is 96.8% accurate as tested allows both funders and explorationists to rapidly assess impact of exploration programs from an investment point of view to find battery metals, and from an impact on species point of view". 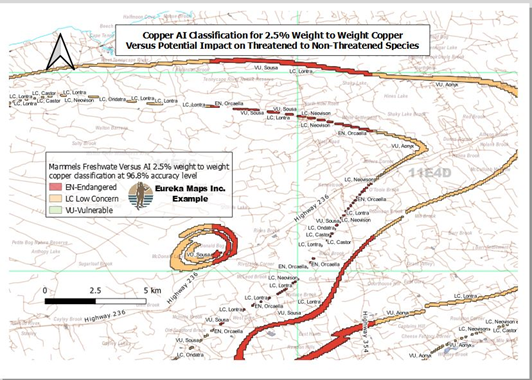