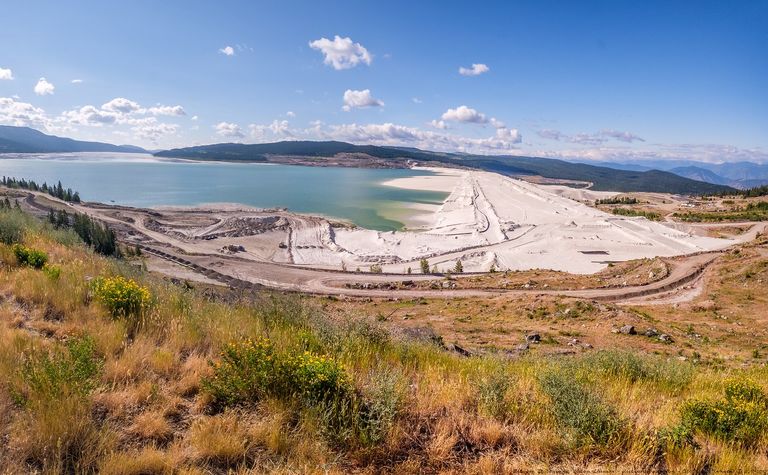 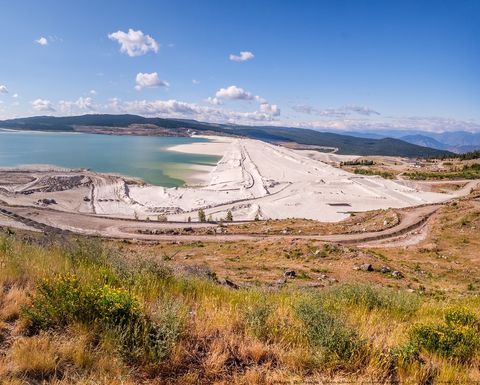 Groups say the province should develop a clearer tailings plan

Canada's British Columbia has long been an attractive site for miners, what with its rich reserves of gold and other precious metals, as well as cobalt, copper, nickel, and coal. Mining accounts for 4.49% of the province's GDP, according to 2020 figures.

But the province's reputation as a safe and environmentally responsible site for mining operations took a hit in August 2014, when the tailings pond at Imperial Metals' Mount Polley gold-copper mine in central BC collapsed.

The subsequent flooding released 24 million cubic metres of mine waste into local Quesnel Lake, Hazeltine Creek, and Polley lake, and has continued to affect aquatic ecosystems.

The province amended its regulations in 2016 to improve oversight and prevent future disasters. These changes included limits to how steep dam slopes are allowed to be. The BC government also passed legislation that required all mines to create an independent review panel of engineers, which must be approved by BC's chief inspector of mines.

The provincial government also created a mines audit division in 2016.

The mines audit division released its first report in June 2021, declaring that BC "has one of the best tailings storage facility (TSF) regulatory frameworks in the world".

The report lauded recent provincial governments for the changes made in 2016 to update and improve regulations. It confirmed that the Code Requirements for TSFs are consistent with established industry best practices. It also labelled the regulatory framework as clear and enforceable, with a high level of industry compliance.

The report made seven recommendations for better TSF management.

The auditor urged the provincial government to resolve inconsistencies and overlaps in TSF regulations between the code and the Dam Safety Regulation, under the provincial Water Sustainability Act.

It also recommended that the province develop a plan as to when and how regulations will be amended to keep up with best practices.

The audit also criticised ambitious language in the code in regards to the TSFs, while also pointing out that the code guidance provided by the provincial government needs to be amended to be in keeping with the actual code.

The recommendations also emphasise the importance of ensuring that all ministry staff have a complete understanding of how the ministry understands what makes companies in compliance with the regulations, and what enforcement looks like. It also urged the ministry to ensure that geotechnical inspectors are not overloaded with work.

The audit is also concerned that compliance data for TSFs are not being entered and managed consistently by the ministry staff, and urged the ministry to ensure that data is being used effectively.

Unhappy with the state of regulations and public messaging, a group of scientists, activists, and First Nations groups released a report critiquing BC mining relations in January.

In its Bridging the Gap Report, Reform BC Mining argued that despite assurances from the province, current regulations did not meet international standards on mine waste safety.

Arguing that mine waste tailings facilities are failing with increasing severity across the world, the report criticised the audit for failing to include four key areas where BC regulations fails to meet best practices.

The report argues that BC regulations do not put safety ahead of costs, despite such a measure being included in the Mount Polley Independent Expert Engineering Investigation and Review Panel from 2015.

The current regulatory framework does not require indigenous consent, which is particularly problematic in BC due to the lack of historical treaties between the provincial government and local Indigenous groups. This means that there is a continuing dispute over governance and title ownership.

Current laws also do not include restrictions on placing mine waste dams near communities and sensitive ecosystems, unlike existing laws in Brazil, China, and Ecuador.

The report also takes the province to task for not requiring full financial assurance from mining companies to fully cover the closure and post-closure costs of mining operations.

Reform BC Mining also calls on the province to require that tailings storage facilities are designed to meet extreme weather events . These events are of particular concern as climate change is accelerating, particularly in the wake of the Pacific Northwest heat dome in June 2021, and severe rainfall causing flooding and landslides in November 2021.

It also demands that more transparency and public disclosure, as well as accountability, be required where mine waste is concerned.

"Changes that were made to the mining code sort of says, in terms of tailings, that it doesn't want to be prescriptive," Nikki Skuce, Director of the Northern Confluence Initiative who contributed to the report, told Mining Magazine.

"Mining companies just have to consider the economic, social, and environmental impacts, but that means they can still go for the cheapest option" in tailings pond facilities, Skuce said. "We'd like to see some of that tightened up" in regulations, she said.

She also pointed to the issue of legacy mines throughout the province, which need to be closely monitored and enforced, Skuce said. An earlier report from Reform BC Mining contends that there are over 1,800 legacy mines in BC.

Also of concern are companies that are planning massive tailings facilities, Skuce said.

"What we're seeing are proposed massive dams," she said. "Seabridge KSM's proposed tailings facilities are enormous." KSM is Canada's largest gold project, according to Seabridge, will produce up to 130,000 tonnes of ore per day, and has a 52-year mine life. The wet pond tailings facility proposes to store more than 25 billion tonnes of tailings.

"We know we're also going for deposits that requires the production of so much more waste," she said. "BC needs to put safety first within the mining code."

The BC mineral resources industry has faith in the regulations as they stand, Mining Association of British Columbia President and CEO Michael Goehring told Mining Magazine.

"I think it's important to say that in BC, the mining industry and the provincial regulator are both firmly committed to responsible resource development and environmental protection," he said.

"There's a realisation that there's a significant opportunity here to responsibly produce metals to allow for the transition to a low-carbon future."

He pointed to the audit released by the BC chief auditor of mines, and repeated the finding that BC's mine tailings regulations were among the best in the world.

He lauded the BC government's "spirit of continuous improvement" and noted the province has convened a subcommittee to oversee changes to the mining code. Members of the subcommittee are mining experts, as well as labour representatives and Indigenous groups.

"The subcommittee will review the Mining Code, and propose changes to the code," Goehring said, adding that the group will be sure to incorporate recent standards such as the Global Tailings Standard.

The group will meet approximately once a month, the MABC said.

Goehring dismissed critiques from environmental and activist groups that BC needs to do more to protect against tailings dams failures.

"I find this indicated a poor understanding, or a deliberate misunderstanding, of BC's tailings storage requirements," he said. "The majority of these measures [for which Reform Mining BC is advocating] is already covered in the existing code."

Skuce insists that part of the problem holding BC back from implementing more effective regulations is the idea that the province is already leading the world in tailings regulations.

"The huge barrier to change in BC is that the province thinks that it already has the strongest environmental regulations, despite lots of evidence to the contrary," she said, pointing to the Mt Polley incident and acid mine drainage at the Tulsequah Chief mine.

"It's hard for the province to prioritise making these changes, because the BC economy is so dependent on mining."

On April 5, the province issued an interim policy, with immediate effect, that mine projects must now have sufficient bonding to cover the costs of mine reclamation and care and maintenance, MLT Aikins lead mining lawyer Amyn Lalji told Mining Magazine.

The legal update is in line with what activists from Reform BC Mining had expected, in regards to changes in laws surrounding reclamation.

Previously, there was a lot of discretion allowed to authorities on determining how much money a mining company would need to set aside for reclamation fees, he said.

If the companies did not have a sufficient amount of money upfront, they have been able to rely upon the discretion of the chief inspector of mines, as well as the chief inspector's assessment of the risk, the mining company's past record in other jurisdictions, and its financial profile.

"Often it's been believed that the scope was not sufficient," Lalji said.

The new law requires that these funds be bonded.

"With bonding, there will be a guarantee that if a company is not able to fulfil its reclamation obligation, there is an entity that is guaranteeing that this reclamation can go forward," he said.

The new regulations stipulate that the amount required to be posted must be equal to 100% of the mining company's reclamation liability as well as the cost of any environmental liabilities created in the first five years of the project's mine life.

All mines with a mine life of less than five years must post the equivalent of 100% of reclamation liability for its remaining life, Lalji said.

There is some uncertainty with concern to catastrophic events, such as those like the Mount Polley tailings disaster, he said.

"Usually companies aren't required to post security with regards to unexpected events," he said. "But that's where the biggest risk comes from."

Too often, local governments have more of a tendency to push for the development of mines, and pay less attention to the need to collect sufficient funds for reclamation.

"There needs to be a shift," he said.

The new law is a step in this direction, he said.

"How it works right now is that there is a fund for reclamation security, a fund from all mines currently being developed in the province, from which components are allocated to different mines," Lalji said.

"There was a lot of discretion from the chief permitting officer to determine the levels of the security. Historically, there hasn't been enough to cover potential liabilities," he said.

"This moves towards more certainty."