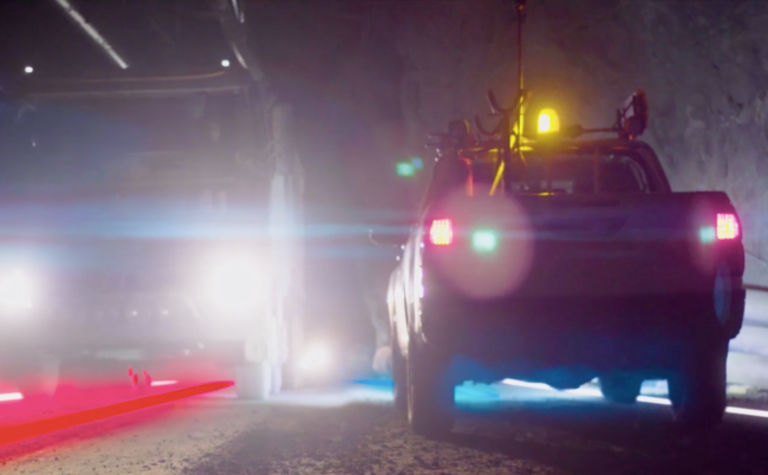 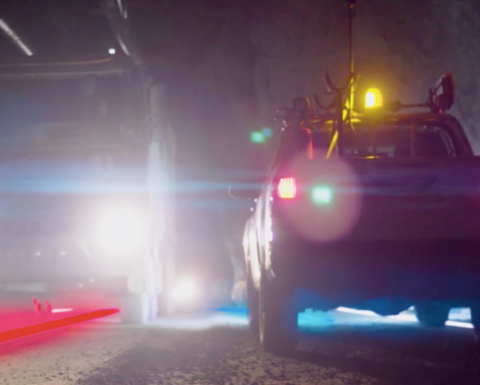 According to Hans Wahlquist, VP of business development & strategic product management, there currently isn't a product like Mobilaris Onboard on the market.

"It's like trying to compare the iPad to something before the iPad existed," he told MM.

That's big talk. So, what is it all about?

As has been highlighted by reports from the Mine Safety and Health Administration (MSHA) in the US and the International Council on Mining and Metals (ICMM), mobile mining machinery is still among the top causes for accidents and fatalities at mine sites.

To combat this issue, equipment and technology companies have brought out various fleet tracking and collision avoidance solutions over the years. Some of these are aimed specifically for underground mines, where visibility of other machinery and personnel can often be very limited.

Mobilaris MCE, part of the Sweden-based Mobilaris Group, works on digitalising mines through its Mobilaris Mining Intelligence (MMI) suite of products, which was announced in 2013. In 2017, mining OEM Epiroc (then still known as Atlas Copco) took an interest in these capabilities, purchasing 34% of Mobilaris' mining business.

"We work with information management, mine digitalisation and how that can be used in real time to increase production productivity and safety, mostly in underground mines," Wahlquist said.

One core capability of the Mobilaris Mining Intelligence portfolio is situational awareness, or what Wahlquist calls "opening the lid of an underground mine". The system can track personnel and machines, and then offer a 3-D visualisation of the mine.

"For many mines this transparency that we can then accomplish is fundamental to get to the low-hanging fruit, the things that you lose time on [during] your work shifts," Wahlquist said.

"You have a mine that is maybe 70km of roads, and when the work shift starts, personnel needs maybe half an hour, 40 minutes, to get to a machine before they can start. Then you lose valuable time. Usually you can increase the productivity by 10-20% if you have a view of what's happening."

Mobilaris has been offering these types of solutions for several years now, eventually also moving to short interval control (SIC). "The benefit of SIC, the big upside, is that you can actually replan during a shift. If you see something happen that makes your plan deteriorate because a machine breaks down or something similar, then you can reprogramme your shift and perhaps save the shift," Wahlquist added.

In addition to situational awareness and SIC, Mobilaris Mining Intelligence can offer support and rapid response in emergency scenarios when it's crucial to get an overview of the location of your workers.

"On top of all of this, we also do a lot of analytics, KPIs and so forth. As we know the location of all the entities, the plan, the machine data … we can determine face utilisation, equipment utilisation, and all sorts of things. We basically deliver the status of a mine to a mine manager."

With the newest member of the Mobilaris Mining Intelligence portfolio, Mobilaris Onboard, the company has taken on the logistical problem of traffic management in underground mines.

Down the mine, without a network

With Mobilaris Onboard installed on a tablet or smartphone, the workers down the mine can essentially have the same view as those in the control room.

"The most important thing here, which is a radical improvement, is how we can provide high-accuracy location without any additional infrastructure for positioning," Wahlquist noted.

To have access to information on the location of people or equipment in an underground mine, miners will go for an infrastructure that can be used for both voice communication and data transfer.

"You get data, you can communicate and you can also locate and track things", Wahlquist said.

"One example of that is Wi-Fi. You provide Wi-Fi tags for people or machines, and then you can use the signal strength from these tags to determine roughly where they are.

"To date, Wi-Fi can usually give you an accuracy of between 50-75 metres, give or take, in any mine, which is totally okay for most use cases. If you have a mine that covers 70km, to know where a machine is within 50-75m is kind of okay. And if you can get that as a side effect from having a Wi-Fi network for communication, then there's multiple uses.

"If you go for LTE or 4G networks, then the accuracy is a couple of hundred metres, but you usually add a second technology like Bluetooth to have beacons and get the better accuracy, which will be around 50m."

As such, if an underground operation requires a tracking accuracy of 5-10 metres to efficiently control traffic, these options will not suffice. One option would be to install a second or third layer of tracking technology.

"To be really accurate in positioning at a mine, you need a technology that is using what is called time-of-flight technology or time of arrival. So, we determine the time for a signal to go from one place to the other. If you measure that from different distances, then we can determine a location very accurately."

These solutions, however, Wahlquist pointed out, can be costly, as you're in effect adding extra layers of technology to your existing network.

"[It] is an algorithm that can - without any network, without any infrastructure - help us navigate," he said.

"Not to reveal too much, but what we're doing is using the gyros, the sensors, of a tablet or a smartphone together with data from the vehicles from their CAN bus, to get the speed and create like a snail trail, which we can match with the mine map using machine learning. By doing that we are able to get 5-10m accuracy 95% of times without any infrastructure for positioning.

"So, that's really the breakthrough, this algorithm. As then we can know where we are, and we have the mine map and the situational awareness."

In addition, Mobilaris has incorporated a ‘traffic awareness' feature, which can show a mining machine operator that they are approaching another vehicle in 600m, and this at an accuracy of 5-10m. In addition to keeping the drivers safer, the aim is to also avoid unnecessary traffic congestion. Moreover, Mobilaris Onboard can offer automatic navigation to the nearest refuge station in the case of an emergency.

Onboard is currently being used by a small set of pilot customers. The first mine to see it in action was Boliden's Kristineberg in Sweden, where Mobilaris introduced tablets equipped with the system to the subcontractor's machines. While sceptical at first, Wahlquist claimed the operators are now as attached to Onboard as teenagers are to their smartphones. "They're starting to rely on this system now," he said, "because they can now suddenly see through the walls."