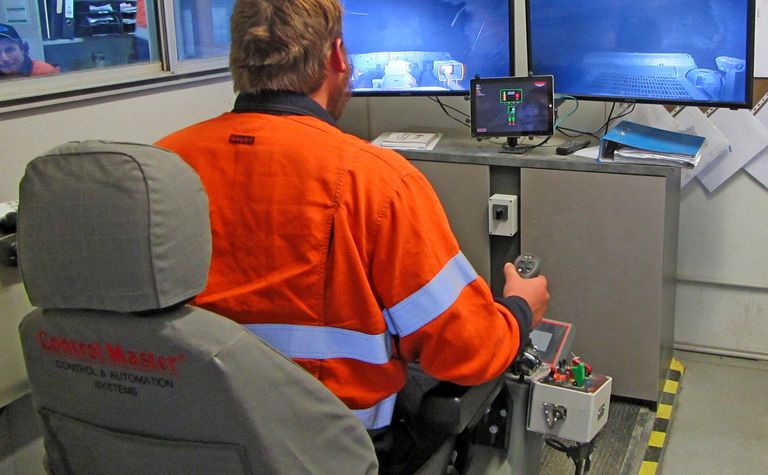 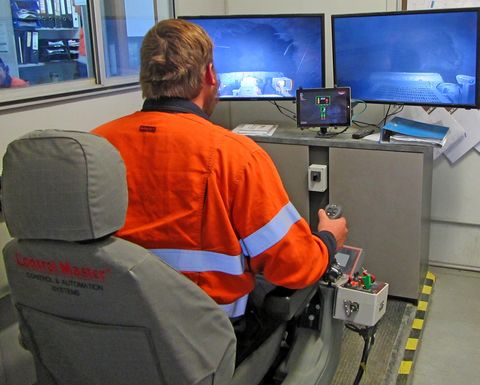 When a means to do this in a manner that also reduced risk, it jumped at the chance.

The site, which carries out the conventional open stoping method of mining, requires miners to come to surface before blasting due to the risk of sulphide dust ignition. With the production levels being around 1,000m below surface, the travel time to get the miners to surface and the new crew back down again was a significant burden on available time. Loading of previously blasted rock from stope to stockpile came to a stand-still during this period.

Having already had a fleet of R2900 loaders fitted with RCT Teleremote systems, the site chose to upgrade the existing infrastructure to include RCT’s Surface Control system. This enabled employees to operate the loaders from an operator control station on the surface, which had the advantages of more comfort and reduced risk.

RCT’s technology has enabled Tritton to continue production right through to firing time, then resume immediately after, providing an additional hour or more each day of productive stope loading time.

The Surface Control system has been implemented for around eight months now and it has been deemed a great success.

Michael Hart, foreman at the Tritton’s mine, said that overall, the system has been very beneficial to the mine. He added: “We are really happy with the improved efficiency to our mine and we would definitely recommend the system to increase productivity at a similar site to ours. We have experienced a noticeable increase in productivity since the system was installed in late 2015.”

According to Aeris Resources’ website, in the 2016 financial year the Tritton operations achieved ‘record production’ of 30,425t of copper.

Hart said RCT’s system was definitely one of several contributing factors to the recent increase in production.

RCT training was also delivered to 12 members of staff including operational and electrical maintenance personnel to ensure miners were maximising the full benefits of the technology – decreasing downtime and increasing productivity.