In a step to help re-establish one of Africa’s most historic trade routes, commodities trade group Trafigura has confirmed the arrival of 800t of copper cargo stemming from the Democratic Republic of the Congo (DRC) to the Lobito port in Angola 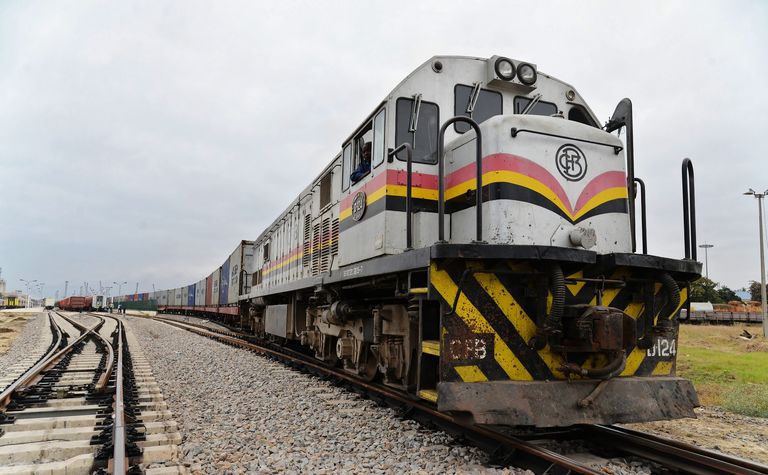 A train hauling copper arrives at the port of Lobito

The maiden train journey, totalling almost 1,800km from Kolwezi to Lobito, ended with the train's arrival at the port on September 22 carrying the Trafigura-purchased blister.

Trafigura management committee member Julien Rolland said that, while the volume carried in the voyage was small compared to total exports of copper from the DRC, it is "of significant importance" to both the company and the region. In fact, the shipment was the first to travel the Lobito corridor in more than 40 years.

"It has the potential to mark the beginning of a new chapter in the history of a railway line that dates back more than a century and once took millions of tonnes of cargo from the mines of Congo to the ocean port of Lobito," Rolland said.

"We intend to play a leading role in re-establishing this route, which still needs investment in the DRC railway. A properly functioning Lobito corridor would take days off the journey time to a world-class port that offers the fastest access to American and European markets."

With the line still not operational, current copper exports travel from the DRC east via Dar es Salaam, Tanzania; Beira, Mozambique; or Durban, South Africa. The last of the three, a southbound route, takes in excess of two weeks.

"As export volumes have increased from the DRC, the roads have become more congested and delays at the border more protracted," he said. "This new export corridor exploits existing national rail infrastructure, removes trucks from the roads and offers an alternative route to markets."

Trafigura noted that there is significant warehousing available in the DRC copper belt through Impala Terminals, which would allow for material collection and train loading and dispatch.

Impala general manager Craig Mynhardt said the two companies can collaborate and offer superior service on a "strategically important and commodities route" that is viable.

"The investments made along the Angolan leg of the line by DT Group, an Angolan-focused Trafigura affiliate company, will also help to build traffic and improve returns," he said.