Bluejay Mining's 42,000-tonne bulk sample from its Dundas ilmenite mineral sands project in Greenland is on its way to the Port of Contrecouer in Canada 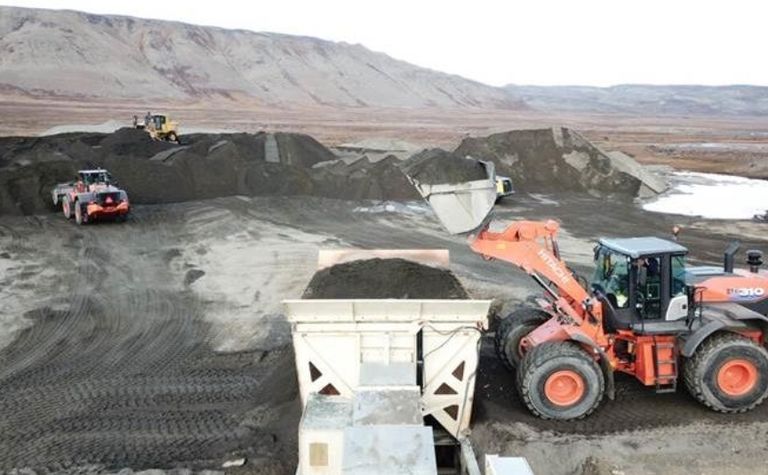 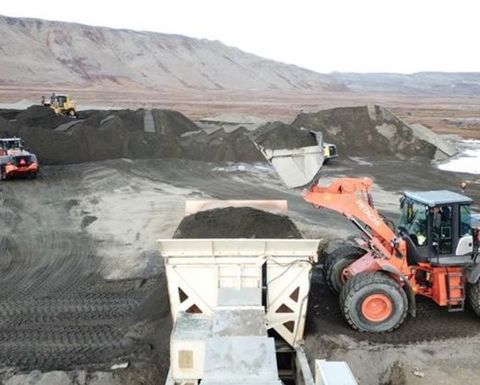 It is the most northern shipment of bulk cargo to be extracted anywhere in the world.

The company, which confirmed the departure September 9, said at the destination the material will be stockpiled at its processing facility, where it will see further refinement of up to 10,000t of heavy mineral concentrate (HMC).

At that point, half of it - representing about 4,500t of ilmenite content - will be sent to Rio Tinto Iron and Titanium Canada (RTIT) where it will be tested at the Sorel-Tracy plant in Quebec.

"Once delivered this material will undergo large-scale smelter test work designed to confirm suitability for long term commercial use at this facility," the company said.

Bluejay has retained US bulk commodity specialists Mid-Ship Group to aid it in identifying logistic specialists capable of delivering on the project.

It also noted that the shipping itself was performed by Pangaea Logistic Solutions (PLS) via its Phoenix Bulk Carriers subsidiary. Loading was completed in less than three days using on-site equipment, at an average load rate of about 19,000t/d with minimal disruption using Greenlandic staff at Dundas Titanium.

"The company was extremely impressed with the professionalism of all contractors involved in this historic sealift," Bluejay officials said.

"The cost-effective methods applied, loading and turnaround times achieved have all proven the viability of long-term shipping from this most northerly location in Greenland. The achievements of the entire team have set many impressive precedents from which to build on once more permanent infrastructure is installed at Dundas."

Now armed with experience with the process, the miner said it was confident in its abilities as it reached full production and further shipments from Dundas.

"This is a key milestone and another significant step in the development of Dundas," Bluejay Mining CEO Roderick McIllree said.

"Now our focus will turn to refining this material at our pilot facility in Canada, [and] once delivered, this refined sample will be extensively analysed to confirm suitability for large-scale commercial use. We believe that this testing, together with RTIT's site visit at Dundas in the lead up to the extraction of the bulk sample, will prove to be a value-add as we now move to finalise the permitting application process."

Dundas is one of two large-scale projects that Greenland is assessing for development, the company said. It expects the operation will be the next Greenland mineral project to receive its exploitation licence.

The company said the agreement would enable a secure mining and supply chain option for titanium ore...