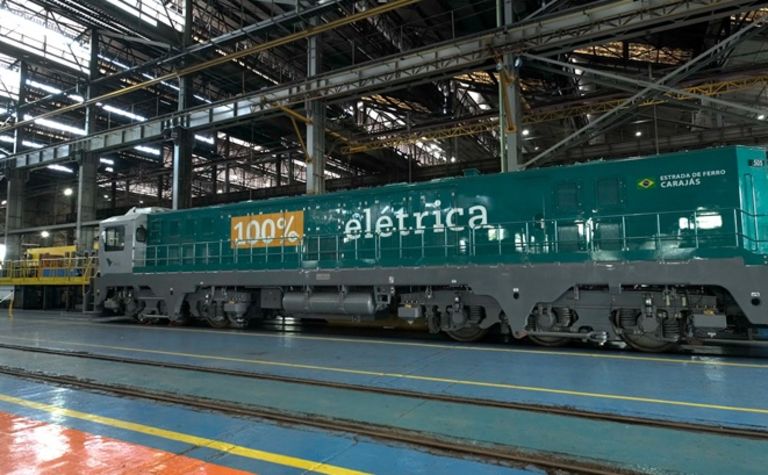 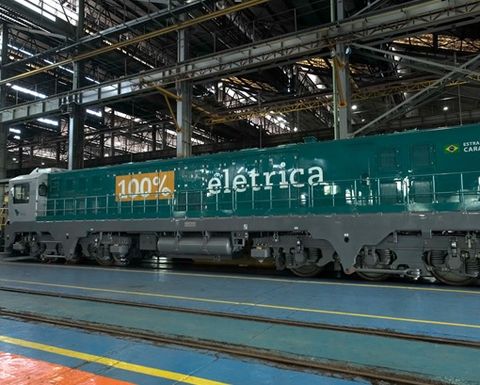 This is the second electric locomotive received by Vale.

Brazilian iron ore producer Vale received its second locomotive at the end of April, and will operate it in the switchyard of Ponta da Madeira Terminal in Sao Luis.

The lithium battery-operated locomotive has a storage capacity of 1000 kWh. It can operate for up to 10 hours before needing to be recharged.

"Our strategy is to test it in the switchyard and then evaluate the possibility of re-adapting it as part of the subsequent strategy of using electric locomotives on the main line of the railway," Gustavo Bastos, executive manager of the Ferrous Centre of Excellence, Technology and Innovation, said.

The arrival of the electric locomotive is a milestone for Vale, another executive manager at the centre Joao Silva Junior, said.

"We are building a robust plan that will allow us to drastically reduce CO2 emissions from our rail emissions," he said.

The new equipment will spend 90 days in the terminal's locomotive workshop for system verification and testing. Vale anticipates the first test in the switchyard in July.

Vale received its first all-electric locomotive in July 2020 at the Vitoria-Minas Railroad. It was manufactured by Progress Rail.

The receipt of the electric locomotives is part of the Powershift programme, initiated by Vale to meet targets of reaching carbon zero in the company's scope 1 and 2 carbon emissions by 2050.

Vale has also undertaken tests of electric equipment in its underground mines in Canada.