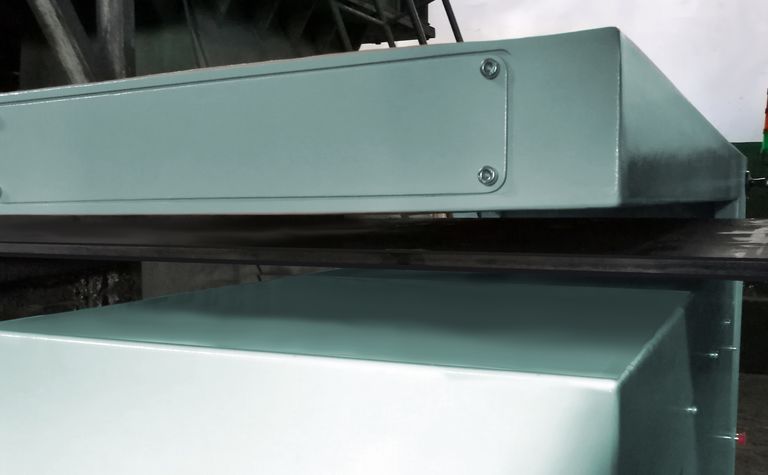 The CBGuard scanner offers image resolution of up to 0.8 x 0.8mm

Conveyor belts often are subjected to exceptionally high stress. Aside from countless bending in longitudinal and transverse directions, the belts suffer from permanent material loading impact, lack of maintenance, worn, failing or wrongly adjusted conveyor parts, and the presence of foreign objects.

A failure or massive damage to the conveyor belt can often have dramatic consequences.

Monitoring systems based on X-ray technology are well on the way to revolutionising the safety and the operating efficiency of conveyor belts.

X-ray scanners utilise technology taken from medical diagnostics. The entire belt is X-rayed continuously and the findings made available in real-time.

The software generates an intelligent, holistic analysis of any kind of threat to the belt. The current condition of the belt and splice(s) are compared with the target condition. Any deviation triggers a customised action - from a warning to the automatic shutdown of the entire conveyor system.

Having a conveyor belt permanently monitored obviates the need for time consuming visual inspections by maintenance personnel. During the time gained, the conveyor can continue to work and the staff can take care of more important tasks.

Repairs are performed at the optimum point in time, not unnecessarily early and not too late. 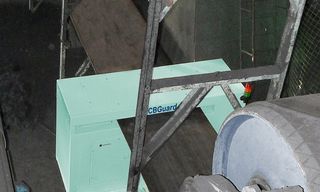 The system constantly and exactly informs mine personnel of the severity of injuries and defects, allowing them to take remedial action within the scope of scheduled maintenance stops. If such damage was left unattended, it would eventually result in the need for immediate, non-scheduled repairs and a conveyor shut down.

If detected by X-ray analysis, it is possible to determine how serious carcass damage is on a conveyor. Seemingly harmless damage such as a longitudinal groove caused by misaligned or wrong chute seals, may lead to a total failure of the conveyor belt, although its general conditions is good.

The X-ray system measures the belt thickness and yields timely information about the upcoming need for a replacement belt.

The X-ray unit is an important part of preventive maintenance programmes.

Exact, continuous status reports not only offer cost benefits, but they also increase safety. Damages that are not still visible from the outside can be eliminated in a timely manner. Serious damages, for instance broken or corroded steel cords, trigger an alarm which advises the belt operator to carry out the repair as soon as possible.

Critical failures like the opening of a belt splice or the slitting of the belt automatically stop the belt drive, helping to prevent dramatic consequences for personnel and plant.

The X-ray scanner digitises the entire conveyor belt; every cubic millimetre of it is captured allowing the conveyor to be integrated into the IIoT. Reconciliation with the control units of other conveyor components is also enabled. For example, with belt mis-tracking caused by misaligned pulleys or idlers, the X-ray unit would send a signal to the pulley and the pulley software would correct it. 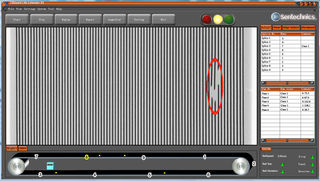 Since the X-ray also detects material build-up on the belt, it is possible to automatically demand corrections of the cleaning devices.

The condition of the belt can be observed from any place in the world over the internet.

The use of an X-ray belt scanner is recommended for most mining conveyors. However, the economic benefit increases with the length of the conveyor or with a special risk situation. It is not unusual that overland belt conveyors run through the wilderness, on high trestles or in difficult terrain.

Originally, the request for an X-ray system came from underground coal mining, because the visual assessment of conveyor belts is difficult under these conditions. Under the ‘safety first’ rules, belts were simply replaced, because it was assumed they were not reliable anymore; assets were burned because of lack of information.

Today, there are hundreds of X-ray systems operating in underground mining. Of particular importance is the X-ray scanner for steel cord conveyor belts with a length of about 500m (250m centre-to-centre) or more. Damages to such long and often expensive belts can have catastrophic consequences. In most cases, they are the lifelines of mines, power plants and ports.

X-ray technology in combination with sophisticated software has begun a triumphant march into conveyor belt health monitoring. No other independently working system or technology is capable of providing and processing such a wealth of detailed information.

The potential reduction in operating costs and increases in safety are most convincing arguments for the implementation of these state-of-the art scanners.