Curipamba open pit polymetallic mine to yield NPV of $259 million

Mine will produce gold, silver, lead, copper and zinc 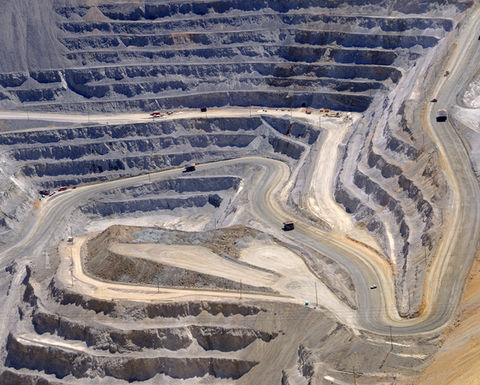 Mine will produce gold, silver, lead, copper and zinc

The Curipamba open pit polymetallic mine in Ecuador will yield a net present value (NPV) of US$259 million at an 8% discount rate, a Prefeasibility Study from Advantus Mining and Salazar Resources has found.

The mine will produce gold, silver, lead, copper, and zinc.

The open pit mine will have a mine life of 10 years, with an after-tax Internal Rate of Return of 32%. Initial capital cost of the mine will be US$248 million, with a payback period of 2.6 years.

Initial processing capacity will be 1,850 tonnes per day. Mill throughput was increased from 1,750 to 1,850 TPD after stockpiling was minimised.

The open pit mine will begin operations 18 months after pre-production waste movement has begun.

Tailings storage will both contain tailings and process water. Waste rock and overburden will be held in separate containers.

Advantus and Salazar conducted a separate PEA for underground mining operations at the El Domo deposit, which found an after-tax NPV at an 8% discount rate of US$49 million. The underground operations will have the same milling rate of 1,850 TPD.

Total development for underground mining will cost US$42 million. Underground operations will use the same tailings facility and processing plant as the open pit mine.

Total mine production over an 11-year mine life will amount to 533 million pounds of copper.

MMG to extend Kinsevere copper mine