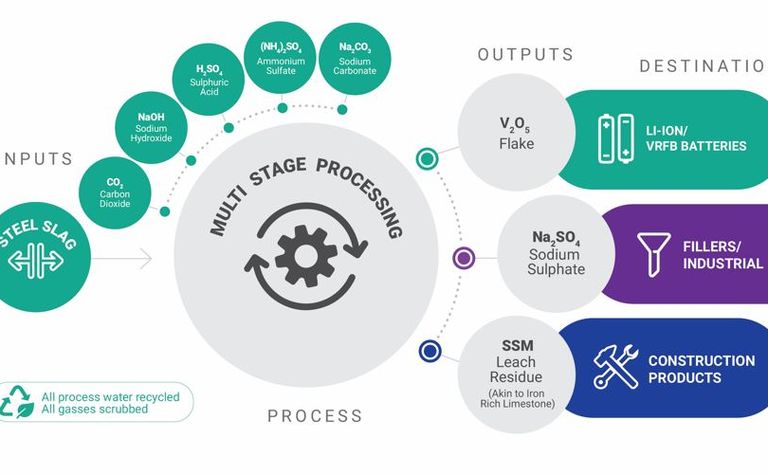 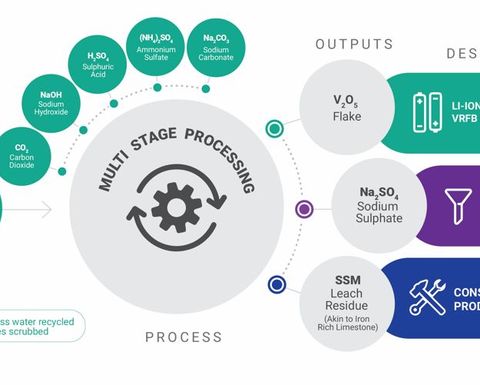 The VRP flowsheet, which is part Critical Metals' and Neometals' project

They said the VRP won't have any waste streams and will set a new precedent for circular economy practices in metals processing.

Critical Metals and Neometals commented that the VRP, located in Pori, Finland, would enable them to become a significant producer of vanadium in Europe by late 2024.

The VRP would rely on a novel propriety hydrometallurgical process that results in no waste with by-products planned to be used to produce CO2-free cement.

According to the European Commission, vanadium is a critical raw material and features superior energy density compared to other battery materials.

It is fast becoming recognised as a significant addition to new lithium-ion cathode and anode chemistries used in electric vehicles and VRFBs used for long-duration energy storage solutions from renewable sources.

Approximately 75% of global vanadium supply is sourced from China, South Africa, and Russia.

Darren Townsend, Chief Development Officer at Neometals, said: "We believe that in the next 10 years, vanadium will be the ‘new lithium.'

"We see a lot of parallels on where the vanadium industry is now versus where the lithium industry was 10 years ago. We are happy that EIT RawMaterials agrees with this assessment and continues to support us in driving this project rapidly forward."