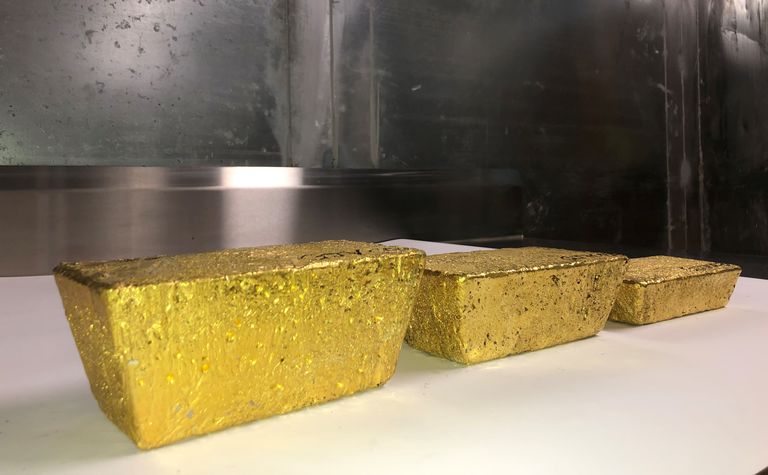 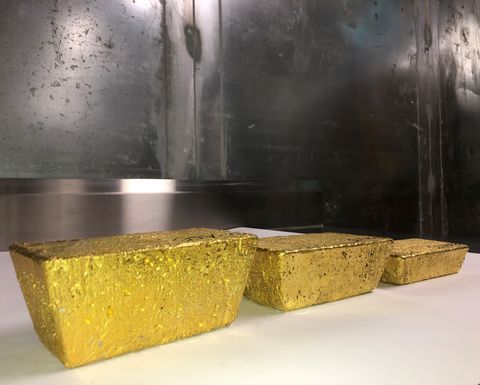 First gold has been poured at Gruyere in Western Australia

The first three doŕe bars, containing 1,139 ounces of gold, were poured over the weekend, just scraping in to make the joint venture's target of first gold by the end of June.

The gold was produced from the carbon-in-leach and elution circuits.

"Gruyere is a tremendous asset based on a world‐class orebody and a forecast long mine life," he said.

"The Gruyere JV's focus now shifts to the safe and successful ramp‐up to nameplate capacity to allow us to deliver full value to all stakeholders."

Gruyere was discovered by Gold Road less than six years ago, with the company introducing Gold Fields as 50% partner and operator in late 2016.

"Importantly, Gold Road joins the ranks of ASX‐listed gold producers as owner of a 50% stake in the world‐class Gruyere gold mine," Gold Road managing director and CEO Duncan Gibbs said.

"Our work is far from done - we remain committed to exploring the highly prospective Yamarna Greenstone Belt to unlock the potential through the discovery of more resource ounces for Gruyere and new discoveries that could be developed as stand‐alone gold mines."

As reported last month, there has been a one-month delay in commissioning the gravity circuit at Gruyere.

The JV said the commissioning remains on track for completion early this quarter following the reinstallation of pipework.

Low-grade ore will initially be processed and once the ball mill is operational, full ramp-up will take 6-7 months.

"We expect the market to provide additional scrutiny to declaration of commercial production as it's the final milestone of successful ramp-up - although we caution that the definition is highly subjective (open to interpretation) and different companies will assume a different threshold," he said.

"What is important to us is when Gold Road/Gruyere can demonstrate sustained positive cashflow."

Gruyere is expected to produce about 300,000oz per annum at all-in sustaining costs of A$1,025 an ounce over at least 12 years.