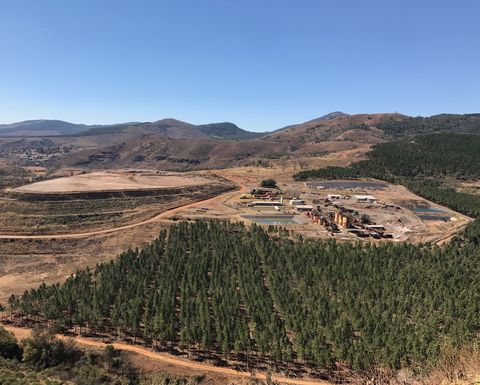 Theta expects final permits by the fourth quarter of 2020

The trial phase will involve two box cuts in the planned Iota and Browns Hill pits, both located within the MR83 licence. Final mining and grade control practices will be selected during this process.

The trial mining operations will commence once a final permit for open-pit mining has been granted, which Theta expects by the fourth quarter of 2020.

"[Digmin Group] has intimate knowledge of the Theta openpit project having spent many months with our mining team in order to deliver a well-costed schedule of works which presently remain in line with our May 2019 feasibility study costs," said Theta chairman Bill Guy.

"The Digmin team will be a strong partner for us in South Africa and they have in-depth knowledge of the Pilgrim's Rest area with their founder living only 40 kiometres from the Theta project. Digmin's broad range of capabilities including mining, rehabilitation, civil and road works, and open pit and underground drilling give Theta's project development team the flexibility to now focus on the successful build and operation of the Theta Open Pit Project."

Following the trial mining, Digmin will carry out some bulk earthwork and civil works as part of at the project infrastructure establishment, said Theta. The firm also noted that a final mining contract could be negotiated with Digmin after the completion of the trial phase.

Theta plans to initially unlock approximately 2.75 million ounces of its 6 million oz resources by bringing four mines into production within the next five years, starting from the Theta starter-pits (MR83).

All ore is planned to be processed within the permitted TGME plant footprint area, with a new 60,000 tonnes per year CIL plant designed to be readily expanded to cater for 1.2 million t/yr of oxide ore, said the company earlier this year.

Expansions for the processing of underground ore can also be readily achieved within the footprint and tied into the new 600 000 t/yr plant, it added.