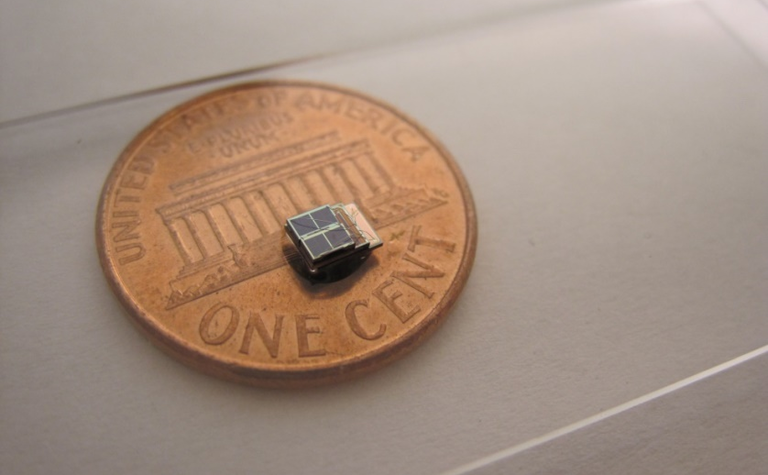 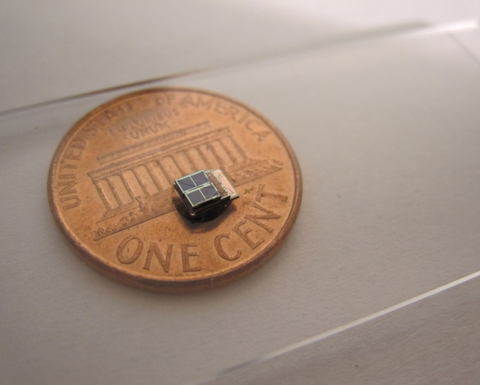 Sensors smaller than a penny

What if people weren’t needed in mining operations at all?

We are already at the point where mines can be operated remotely from hundreds if not thousands of miles away, advanced sensor technologies allow component failures to be predicted months ahead, and certain machines are already smart enough to order their own spares. So what will be the next step?

The answer to this question might just lie with smart dust.

Smart dust is a generic term coined to describe a host of very tiny sensors, so small they can be scattered anywhere and used to collect intricate datasets. Smart dust comprises thousands of individual microelectromechanical systems (MEMS) called motes which are less than a millimetre in size. Each mote contains a microprocessor for control logic and signal processing, and microsensors that can detect movement, and environmental conditions such as temperature, vibration, magnetism and chemicals as well as location.

Powered by a battery or solar cells, motes can communicate with each other by optical or radio frequency means to form autonomous networks. The operating system and software is designed to execute short pieces of code for a specific purpose.

The technology behind smart dust was first conceived in the mid 90s in the US. It came about through collaboration between the Defense Advanced Research Projects Agency – an arm of the US Defense Dept – and RAND Corp, and initial interests were in its application within the military.

The idea was then further developed by teams at the University of Michigan, UCLA and the University of California, Berkley, with the first research paper presented in 1997. The project received funding just a year later and led to the creation of a working mote smaller than a grain of rice, and larger devices which formed the basis for the TinyOS project at Berkley (TinyOS is an embedded, component-based operating system and platform for low-power wireless devices, such as those used in smart dust).

The concept has since been expanded on and investigated by a number of organisations including commercial groups, and the Nanoelectronics Research Centre at the University of Glasgow in the UK is also looking into a smart dust-style system called Smart Specks.

While the main beneficiary of R&D so far has been the military, smart dust could also hold some very interesting potential in mining. Some of the main uses listed by the Berkley research team in their project summary (the project concluded in 2001 and the team have gone on to establish commercial vehicles for the technology) include: battlefield surveillance, transport surveillance, inventory control, product quality monitoring and smart workspaces. All of these applications (bar battlefield) could be translated directly into mining environments.

In a post written for Accenture’s Natural Resources blog last October, Lee Rose, a senior manager in the company’s strategy practice, speculated that “in a mine, motes could offer economical proliferation and minimal interference with their surroundings, due to their size. They could process data internally and talk sparingly to other motes to make decisions. Thus, the various pieces of mining equipment would become autonomous– operating themselves, governing themselves and making decisions themselves.”

He goes on to explain that smart dust on a train or loader could geometrically orientate to one another in order to assess and control loading. They could “detect fluctuations and structural deviations in the rails and wheels to identify measurements beyond the design thresholds of the equipment in order to predict failure. Or, motes on a front-end loader could read the temperature of the engine and the environment, their position in three-dimensional space relative to a haul truck and to the load,  the speed of the vehicle, environmental conditions like wind and humidity, and so forth.”

Smart dust could be used in slope/ground monitoring or tailings storage facilities to detect movement or seismicity and feed back to mine safety teams, it could be used to monitor air quality around haul roads or crusher points, track material transfer and quality through mines as part of grade control, or predict and control conditions in processing according to the ore feed.

The potential applications are boundless, so why aren’t mines using it already?

George Hemingway of strategy and innovation consultancy the Stratalis Group, and author of Mining Magazine’s popular Futurecasting series of articles helps shed some light on the situation.

“Smart dust, as an application in mining is best akin to giving a mine the same sort of instantaneous sensory data and reaction that we get from our own bodies,” he tells me. “When a flame burns us, we know it, instantly and we react intuitively, without thinking. We don't wait to process whether our hand should move away.

“Smart dust will allow the same sort of thing to happen within a mine. Without waiting for a human to react, a machine will move to fix a stress within a tunnel. Automated machines that have issues will respond to one another. They will even communicate, automatically with OEMS and maintenance crews to let them know that they need ‘help’. They could make technologies like drones obsolete before they even become truly commonplace.

“All this will happen in an instant because this dust will sense, on every surface, changes to the norm, exceptions that need to be addressed and opportunities for new mining faces.”

But, explains Hemingway, this can't happen today for several reasons. First, smart dust just isn't small enough in its present form. “Right now, it's the size of a grain of rice. That's a good start, but not good enough,” he says.

Second, we don't know what we're tracking. “The funny thing about the Internet of Things is that it sounds neat, but until we know what we want to track, and we know how to react when it goes wrong, collecting data isn't much use,” Hemingway continues.

“Third, our machines aren't independent. We don't really have autonomous physical machines, nor do we have artificial intelligence/Big Data mechanisms (i.e. computer systems) that collect the data, sort through the garbage, make independent decisions and then react quickly.”

Of course it’s all well and good developing the sensor technology, but it’s worth remembering that the data generated needs to be collected, processed and utilised effectively. Where would all this information feedback to?

The answer is a "One Truth" computing system; a centralised Big Data repository that would constantly scan for anomalies, and alert human controllers of exceptions that need to be rectified. “This type of Big Data, intelligent system is still a reach for most companies, but it is the future, I think,” says Hemingway.

Current issues aside, this technology is coming soon; whether we like it or not.

The biggest hurdle will not be the smart data, or the technology, but us. “We'll have to believe that the data that comes from these smart dust sensors is real and true, we'll have to allow machines to process it for us and tell us when we matter enough to get involved,” adds Hemingway.

“And finally, we'll need to move out of the way to let the machine magic happen. When it finally does, it will, at the minimum, revolutionise the way we develop, mine and manage maintenance and logistics.” 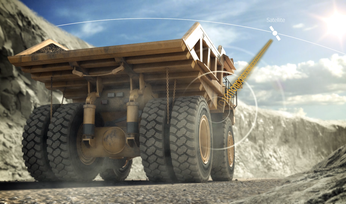 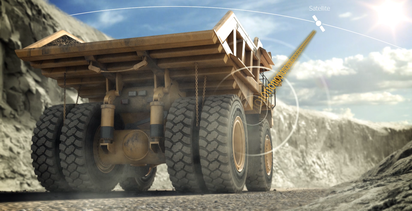 Taking health monitoring to the next level

HxGN Radio: What makes a mine smart?