Xinjiang is home to one of the largest coal reserves in China. The Shenhua Group and a new fleet of Caterpillar® haul trucks are at the forefront of its development. 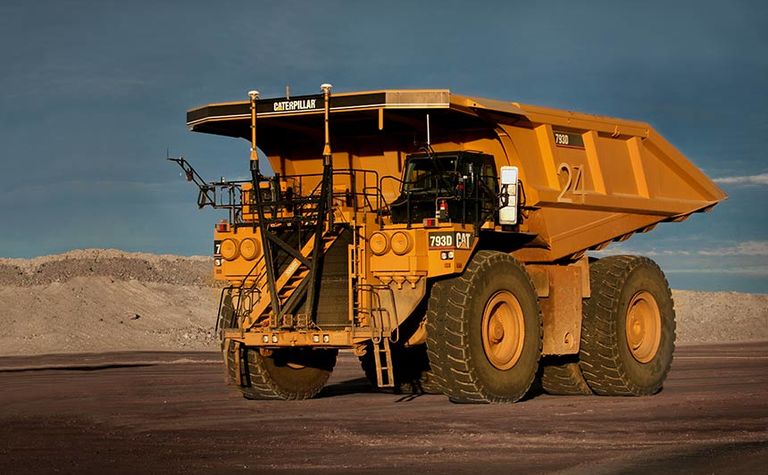 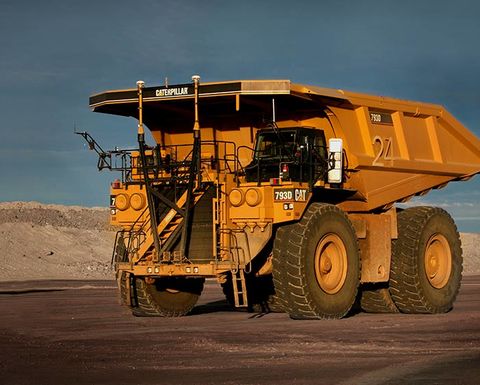 With the world’s largest population and one of its fastest-growing economies, China needs a massive amount of energy, a good deal of which comes from coal. The country is already a net importer of coal, and by 2015 it expects consumption to reach as much as 3.6 tonnes (4 billion tons) annually.

One of the most important pieces in China’s energy development plan is the autonomous region Xinjiang, which is home to proven coal reserves of 91.4 billion tonnes (100.8 billion tons) — around 10 percent of China’s total coal reserve.

The area is currently under extensive development by a number of coal-mining companies, with everything from new mines to rail stations and power plants appearing all over the area in an effort to keep up with demand. The Shenhua Group, the largest coal company in the world, and its fleet of Cat® trucks are at the forefront of this development.

Shenhua operates a surface coal mine on the Zhundong coal field in Wucaiwan, Jimusaer County, a 24-kilometer (15-mile) mine site that boasts reserves of 1.5 billion tonnes (1.7 billion tons) of high-quality coal. The mine has a planned production capacity of 45 million tonnes (50 million tons) per year, as well as a power station that will be capable of producing as much as 9.34 million kilowatts. With coal seams just 60 meters (197 feet) below the surface, this coalfield is ideal for extended surface mining.

In addition to providing coal for energy, Shenhua produces large amounts of coal for use by chemical factories around China. The company recently completed a feasibility report for its 3-million-tonne (3.3-million-ton) coal-to-oil project, and is in the planning stages of implementing coal-to-natural-gas projects and other chemical conversions.

The biggest challenge Shenhua faces at the Xinjiang Zhundong coal mine is improving its operating efficiency. A remote, mountainous location and harsh environment where hazards abound drive up operating costs and make it difficult to mine safely and efficiently.

Shenhua is up to the challenge, though. The company is committed to developing its surface mine into a modern, efficient large-scale mining base that will become a role model for the industry both in China and around the world.

“The coal mine in Wucaiwan is regarded as a role model in Xinjiang’s coal industry because we are the first company in the region to employ equipment and design production processes according to the standards of modern, large-scale coal mines,” mine manager Liu Peng says.

To help in this endeavor, Shenhua partnered with Caterpillar to provide reliable, efficient mining equipment that is helping the company improve its cost per tonne.

The most important aspect of Shenhua’s plan to increase efficiency is its dedication to finding the best machine for every application. This commitment led to its decision to become the first company in China to use the 218-tonne (220-ton) Cat 793D mining truck as its main haulage vehicle.

The person responsible for repairing and maintaining those roads, as well as training and guiding more than 20 young members of the mechanical engineering team, is Meng Xiangyi. Mine staff know him as Master Meng, and he has more than 25 years of experience operating Cat equipment, including wheel dozers, wheel loaders and off-highway trucks.

“I’m very passionate about Caterpillar,” says Meng. “I have eight Cat operation certificates and have driven loaders, graders, dozers, dump trucks and many others. I can’t imagine how far I have driven Cat machines.”

To ensure that Shenhua has a ready supply of spare parts and access to the maintenance necessary to keep its equipment fleet up and running, Cat dealer China Engineers Limited (CEL) has established the largest parts supply center in northwestern China. CEL also sent a 20-person after-sales service team, led by senior engineers, to set up a parts warehouse and maintenance shop at the Wucaiwan coal mine. This team will provide routine maintenance and around-the-clock troubleshooting for Shenhua’s Cat equipment through a Cat dealer Maintenance and Repair Contract (MARC).

The MARC team has already had success in achieving high availability rates from the machines in service, says George Granger, who serves as CEL’s MARC manager for the mine. Once the maintenance facilities are completed, Granger expects the team will be able to implement best practices and provide even higher availability.

CEL is also taking steps to support its partner’s efforts to build a pool of highly skilled workers by launching a basic knowledge training course for maintenance staff.

CEL provided experienced teachers and teaching facilities to the Urumqi Coal Mine Technical School. The school is a Shenhua-funded venture that trains local workers in a wide variety of skills and topics related to work in the mining industry. Graduates are free to seek employment with Shenhua or take their talents elsewhere, providing a strong boost to local employment.

“We believe in the quality of Caterpillar, which is what gave us the courage to be the first company in China to buy 793D trucks,” says Liu. “Moreover, we rely on CEL to carry out equipment maintenance and repair. This is what forms a true partnership between our companies.”

“Master Meng understands the importance of good maintenance. “Cat products are reliable and durable,” he says. “They are easy to operate, flexible and seldom break down. As long as you take care of them, they take care of you.”

Bringing New Life To The Region

The development of the Zhundong mine isn’t just a good thing for China’s energy supply; it’s bringing new life to the region, as well.

This project has brought rapid fiscal growth to the area, providing jobs in everything from construction to mining itself. The influx of workers to the region has also created job opportunities and increased revenue in local tertiary industries, increasing the income of local residents and improving quality of life in Wucaiwan.

In 2011, Shenhua held a “Loving Care Library” donation ceremony in which the company donated 3.5 million books, worth approximately 70 million yuan (US$11 million), to 815 primary and middle schools in Xinjiang. These books benefit a million students throughout the region.

Shenhua is also heavily invested in developing additional infrastructure for the area. Along with other coal companies operating there, Shenhua was involved in the construction of a coal-dedicated railway that makes it easier for all involved parties to transport their product out of the region.

The company is also in the process of building a pithead power station near the mine that will allow it to use high-voltage lines and send electricity directly to both local communities and locations in central and eastern China. According to Liu, this integrated coal and electricity project will feature the shortest mine-to-power-plant distance anywhere in the country.

“No storage facilities are needed — the coal mine is the warehouse,” explains Liu. “We are also the first in the region to have built a railway transport system on which we can send coal to outside chemical factories.”

The power plant is scheduled for completion in 2013, and construction has brought outside workers and provided opportunities for local labor. This new infrastructure, and the work it takes to build it, has allowed Shenhua to help bring industrialization to the region while supporting its traditional economy.

“We are establishing a close bond between the development of the Zhundong coal power and coal chemical industries and the development of our agricultural economy,” says Zhu Falin, Jimusaer county secretary. “By doing so, we can take a new road to industrialization, pushing forward the integration of urban and rural areas.”

With its significant reserves and planned capacity, the Shenhua Zhundong coal mine will be providing energy and economic growth to both Xinjiang and China as a whole for many years to come.

CEL’s Granger, who has worked in the mining industry in Australia for more than 20 years, believes Shenhua is well-positioned to succeed. “I have spent more than a year on site now, and I have seen the mine’s development taking place,” he says. “I know that Shenhua, with their professional approach and skilled management team, will be a force to be reckoned with in the industry for years to come.”

On January 9, Metso held a ground-breaking ceremony for its new valve technology centre in China