Coal looks to a brighter future 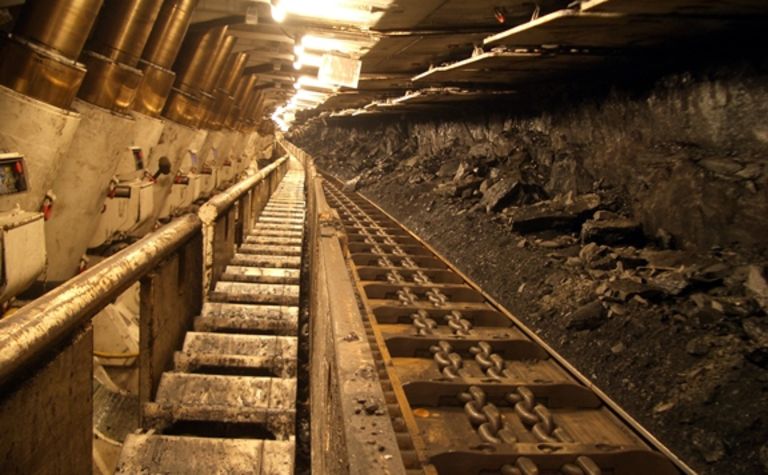 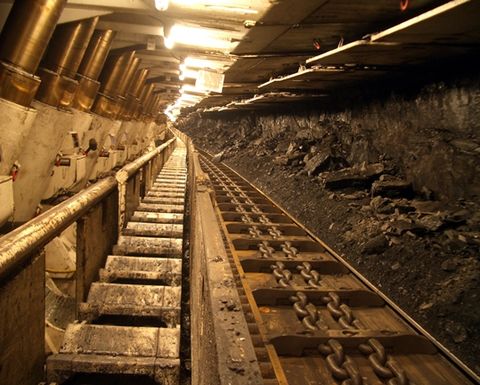 The global coal-mining industry has taken hit after hit over the past five years. Low natural-gas prices and lessened demand from key coal markets, coupled with tightening environmental regulations and very limited investment, have seen sales of underground equipment in particular tumble.

While equipment sales to surface coal mines are also low, the more generic nature of the trucks and shovels used means that OEMs have at least been bolstered by sales to metal producers. Meanwhile, the more specialist nature of underground coal equipment such as longwalls, shearers and roof supports has left many OEMs caught between a rock and a hard place. But that may be about to change.

Mirosław Bendzera is CEO of FAMUR, a Poland-based manufacturer that supplies longwall and gallery systems as well as associated electrical solutions and services to the global underground coal market. He tells MM: “Comparing the current situation with the one we had 5-10 years ago, the biggest change is the situation of limiting investment projects in the mining sector. For example, in recent years the investments for the renewal of machinery in coal companies have significantly decreased in Poland.

“In addition, there is the restrictive approach of banking institutions to both the scale and scope of financing the investment projects for mining. These are important factors that have considerably affected the functioning of mining machines and equipment.”

During the last market upturn in 2010, mining companies were focused on getting coal out of the ground and were increasing production by adding new sections to existing mines in addition to opening new operations. This resulted in a much greater demand for new and additional equipment, a situation that has now dwindled. 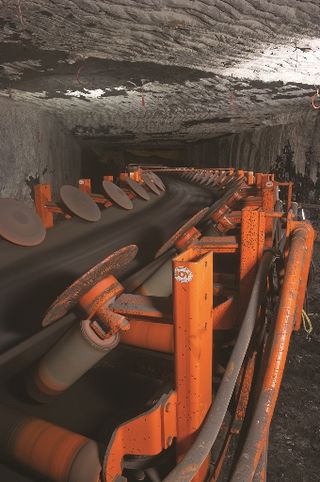 Dr Johannes Krings, director of sales for Europe, America, Africa, Australia and SE Asia at Eickhoff Bergbautechnik, a German provider of mining technology, shearers and continuous miners, says that 10 years ago, when the financial problems of some European countries began to send their first shock-waves into the international markets, the market for Eickhoff equipment was surprisingly stable.

“Five years ago, we were still right in the middle of that boom and our annual turn-overs were achieving one all-time-record after the other,” he says. “Especially the Chinese, Australian and Russian clients were buying shearers as if there would be no tomorrow, a situation that lasted until late 2015 when, almost overnight, all of a sudden there were no more new machine sales to China.”

2016 was another challenging year for US coal markets in particular due to regulatory pressures and low natural-gas prices influencing an expected 58Mt (65 million short ton) reduction in coal burn. This decline, along with reduced export opportunities, left US coal production tracking towards 656Mt for 2016, an 18% decrease from 2015.

“The demand associated with power-plant retirements over the past several years is not expected to return,” says Peter Salditt, president of underground mining for Joy Global, an OEM that competes with Caterpillar for the title of world’s biggest coal-equipment provider.

“Although US coal inventories are expected to normalise over the course of 2017, sustained lower natural-gas prices, which are forecast to average US$3.30/mmBtu (million British thermal units) in 2017, will challenge the coal production outlook next year to approximately 670Mt.”

And while seaborne metallurgical coal and thermal coal markets rallied strongly over the course of 2016, their fate remains largely tied to Chinese domestic production policy. While it remains unclear how long the supply tightness will last in seaborne markets, it is expected that prices will retreat from current levels over the course of 2017.

“The US coal market in particular has become lean for new equipment purchases,” agrees Al Hefferan, commercial manager for US longwall support at Caterpillar Global Mining. “A lot of retired and excess equipment exists, and mining companies are shopping around for that, prior to buying new.

Although some commodity prices have recovered in recent months, customers remain cautious and are very selective with capital deployment, which will continue to impact the timing and level of incoming orders. It will also lead to the expected fifth consecutive year of decreased capital expenditures for the industry.

“Customers are focused on driving productivity in existing operations, so their focus is less on investing in new equipment, and more on service and life-cycle management partnerships that help boost productivity and lower operating costs,” explains Salditt.

There are many factors influencing the current state of the market and its potential to swing upwards in 2017. However, recent months have brought general and positive changes to the world market, and coal prices have begun to climb. 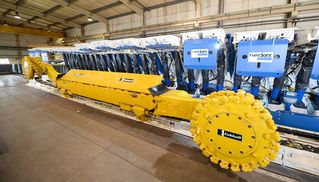 It may be too early to talk about the end of the commodity crisis, but it is also worth noting that in many developing countries, the energy balance is still negative. Many of these countries have rich coal resources, which in the future may be the basis for rapid development of their energy systems, thus making them a natural source of coal-equipment sales.

Bendzera explains: “This specificity of the energy mix is present mainly in the Asian countries, South America, or some Middle East regions. In other areas, for example in Russia or Kazakhstan, an important factor determining the interest in them is the presence of significant amounts of fossil raw materials, which obviously increases the demand for mining equipment. There are still needs for the supply of equipment here, sometimes even higher than 5-10 years ago.

“In Poland, on the other hand, where the situation is still difficult, you can see the first positive changes resulting from the implementation of the processes and the reorganisation of the native coal producers. These are the signs that give hope for a better future of the entire industry.”

Krings adds: “While towards the end of 2016 we could see project activities increasing again and that buying decisions for older project were made, the first working days of 2017 show even more than a glimmering light at the horizon with Chinese clients starting to order again new shearers of all types in high numbers.”

Survival of the fittest

In order to survive market conditions and remain economic, OEMs are having to rethink their product lines and adapt their businesses.

Eickhoff is investing a significant amount to strengthen its position and extend the capabilities of its local subsidiaries in Russia, Australia and South Africa. The company is keen to maintain R&D spend throughout 2017. “One should not forget that technical innovations for underground coal mining could take some 10, 20 or even more years from the first ideas to a field-tested, reliable and safe solution and product. Thus even during the ‘downturn phase’ of 2015-2016, we kept our specialists' headcount up in order to concentrate on development projects, continuously upgrade the existing Eickhoff fleet in the field to latest innovations, and last but not least in order to be prepared for the next upturn,” says Krings.

Like the other three companies interviewed for this article, Eickhoff is working to automate its mining systems, and is developing new shearers to target very low and very high coal faces. The next-generation Eickhoff SL 1000 shearer will soon become available with a cutting height of 8.9m.

Caterpillar announced in 2016 that it would exit the room-and-pillar business, but Hefferan is keen to point out that the company remains committed to underground coal.

“Caterpillar [is] turning its focus and investments to its longwall product offerings, growing this segment of the business with new products like those announced at MINExpo 2016, such as our new High Torque Drive System,” he explains. “We also remain focused on aftermarket service and support and upgrades to longwall equipment in the field.”

Caterpillar continues to research and develop various types of underground equipment, including variable frequency drives for longwall face conveyors and stageloaders. “We are also developing plow technology to mine lower and lower seams,” Hefferan adds.

FAMUR, meanwhile, is looking to grow its market share outside Poland and outside the underground mining segment through acquisitions.

“The acquisition of FAMAK enabled us to add devices and services for open-cast mining, energy, transport and handling industries to our portfolio,” Bendzera says. “A diverse and comprehensive portfolio allows the company to achieve synergies, as in many markets, where FAMUR offers underground mining equipment, there is also the demand for transport and handling systems or machinery for mines working with the use of the open-pit method.”

FAMUR’s aim is to become a global provider of solutions for underground and open-pit mining. The acquisition of its biggest national rival – Kopex Group – by TDJ (the owner of FAMUR), on December 1, 2016, was a particularly significant move.

“This transaction has opened the way to connect the experience and potential of FAMUR and Kopex, which will allow the group to create an integrated entity offering a comprehensive portfolio of products and services for the mining industry,” explains Bendzera.

FAMUR is also working on a fully automated mining process line to allow safe operation in areas at risk of roof fall, rock bursts and methane or coal-dust explosions, and is modernising its product line with new safety, control and diagnostic systems.

In addition to increasing its service offerings in recent years, Joy Global has introduced its own line of consumables and new standards for component repair and machine rebuild services, giving customers a wider selection of repair options to help control costs.

“One of the key technologies we are focused on, across all product lines, is automation to improve health and safety and increase productivity,” says Salditt. “For example, we’re using automation to help customers move operators further away from the equipment. In longwall applications we have moved operators off the working face to remote operation centres. We even have a customer who has tested running the shearer from an office on the surface. 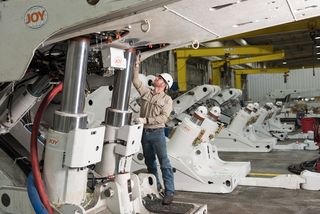 “We are currently working with an industrial-minerals customer to move them from the traditional drill-and-blast method to a more fully automated system using continuous miners and continuous haulage.”

Indeed, Joy is also keen to build its share in high-growth markets including industrial minerals, hard rock and tunnelling. “We are now realising over 50% of our business coming from non-coal markets,” Salditt adds.

Despite the tough times, metals and minerals – including coal – continue to be the backbone of electrical generation and manufacturing globally.

It may be early days, but Krings already sees an improvement in market conditions. “Compared with the weeks towards the end of 2016, we are during the first working days of 2017 already experiencing an improving market situation,” he says.

“The tightening of environmental regulations worldwide will continue to be implemented very individually by the respective governments, but we do not expect short-term or medium-term ‘demonisation’ of underground coal mining as a whole, and certainly not at the same time worldwide.”

Hefferan sums up the situation well: “We are certainly hopeful that 2016 was the bottom, but we are prepared to continue to weather the storm until we see coal markets swing back. The increase in metallurgical coal prices is certainly welcome.”

NEWCREST is positioning its Cadia East gold mine in New South Wales as a mine of the future.

Is a zero entry mine possible today?