WESTRAC and Rio Tinto have celebrated the first six months of a partnership that has already helped more than 100 Rio Tinto employees develop skills needed to deal with autonomous equipment. 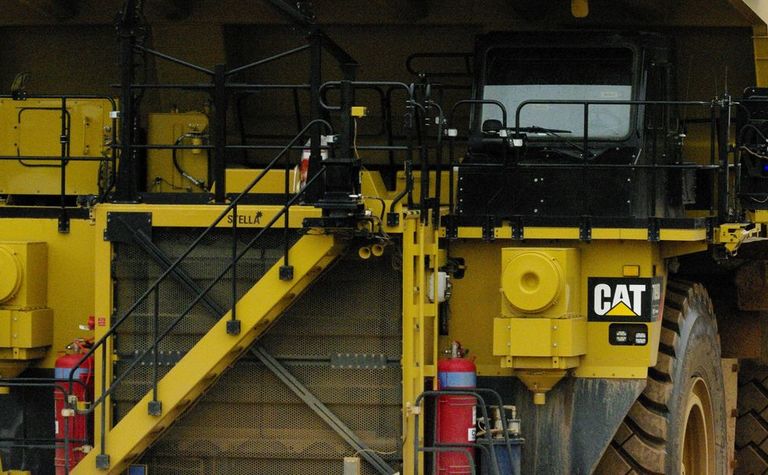 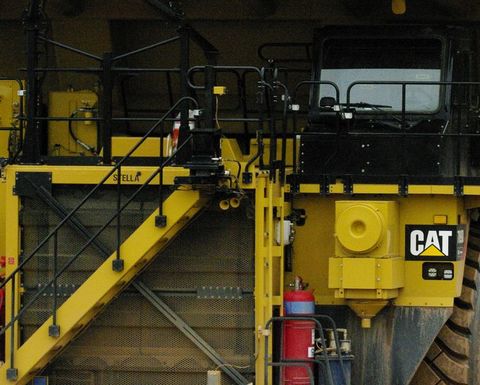 An autonomous Caterpillar 789 operating at the WesTrac Technology Training Centre in Collie.

There are another 100 to go through the training at the WesTrac Technology Training Centre in Collie by the end of the year.

The program, specifically designed to prepare Rio Tinto workers for a variety of roles at its Gudai-Darri mine in the Pilbara, began in March.

The collaboration between WesTrac and Rio Tinto led to the creation of a tailored program to teach team members the safety fundamentals of working within an autonomous mine site.

The Collie site has been reconfigured to suit this sort of training.

The people going through the course are either new to the industry or redeployees from non-automated Rio Tinto sites.

Rio Tinto vice-president of human resources Scott Browne said about 40% of the people employed at Gudai-Darri were redeployees who had not worked with autonomous equipment.

It also includes practical components for operating and using manually controlled equipment such as passenger transport vehicles within autonomous zones. Such equipment has to be fitted with technology to allow safe interaction with autonomous vehicles. However, drive a light vehicle too close to an autonomous haul truck and it will slow down or, if the light vehicle is close enough, stop, which can have productivity impacts and ripple through the entire system.

That is something people new to autonomous haulage systems sometimes struggle to grasp. They see the autonomous haul truck but not all the systems running in the background that allow it to operate.

Those systems look at the entire fleet and the entire mine and schedule everything so that the mine can be optimised.

They also look at how the trucks are performing and will pick up the truck doing the best and share its secrets with the others.

Then there is the artificial intelligence that looks at a truck's fuel level and what the rest of the fleet is doing and finds a window for the truck to be refuelled that allows it to squeeze in an extra load.

WesTrac CEO Jarvas Croome said that sort of insight would prove crucial as the industry moved to alternative power sources such as batteries.

A maintainer training module focused on in-field service operations for autonomous equipment is also being delivered at the Collie centre.

Croome said the autonomous haul trucks that would be operating at Gudai-Darri would require the same maintenance skills similar manned haul trucks would.

"But there's an additional automation layer," he said.

"This technology layer requires unique skills. We've been training those skills for some time now."

Rio Tinto expects to send employees to the Collie facility on an ongoing basis to train new hires as well as those wanting to upskill.

So why not conduct this sort of training at Gudai-Darri?

As Browne pointed out, the mine was not yet operational so the Collie facility was proving invaluable.

"The aim is about how we create the safest environment, the highest productivity environment and see where automation fits in that," he said.

Browne said the mine was still on track to ramp up next year.

Croome said the training at the Collie centre could expand to other types of automation as the technology became more widely used, pointing to autonomous drills and autonomous dozers.

Understand Project Gains Before You Implement