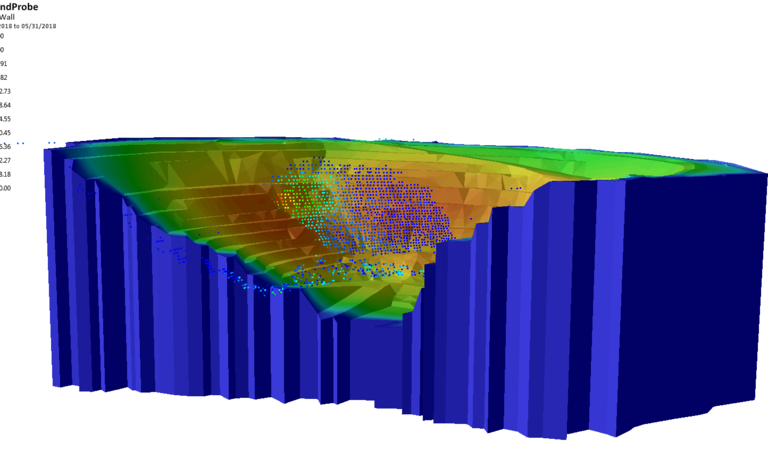 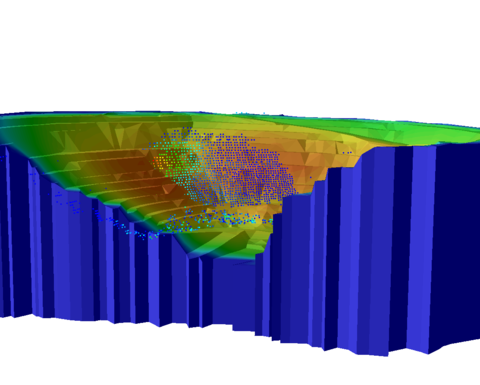 As part of Rocscience's release of Slide3 and RS3, deformation output from any of GroundProbe's slope stability radars or lasers systems can be imported into these programs.

This data can then be automatically visualised with the geotechnical model, inclusive of factor of safety (Fos) heatmaps and probability of failure (PoF) models.

Users of GroundProbe's SSR-Viewer software will be able to import Slide3's 3-D failure model as a layer, allowing the model to be overlayed with real-time deformation data, in addition with the FoS maps.

"This is an innovative step and industry first, with the exchange of data being two-ways between the systems," said Lachlan Campbell, GroundProbe's VP marketing and innovation.

"A user could verify their geotechnical model assumptions with the radar data overlaid in Slide3, whilst another could be using the geotechnical model in a real-time monitoring system to see the spatial changes in deformation over time."

Rocscience said that the collaboration between companies and software systems will enable geotechnical engineers to analyse and solve problems more effectively by allowing for the direct comparison of modelling and monitoring data on a single display.

Rocscience, which specialises in developing both 2-D and 3-D software for use by geotechnical engineers, introduced its 3-D geotechnical modelling package Slide3 in 2017.

The platform allows geotechnical engineers to calculate the factor of safety of complex 3-D slope stability geometries that 2-D models cannot fully simulate. It also allows for the modelling of advanced geometries like landslides, MSE walls, slopes supported by soil nails, and more.

SSR-Viewer, in turn, is the common software across all GroundProbe monitoring solutions. It processes the complex data that the company's systems collect and makes it easily understood, allowing its users to view movement, understand when it becomes a problem and predict the time of failure.

System can detect, track and alarm on moving geohazards in real-time

Back on the slopes