Konkola Copper Mines (KCM), a subsidiary of London-based Vedanta Resources, has warned that a 350-metre section of its Nchanga open pit mine in Chilanga, Zambia will cave-in imminently. 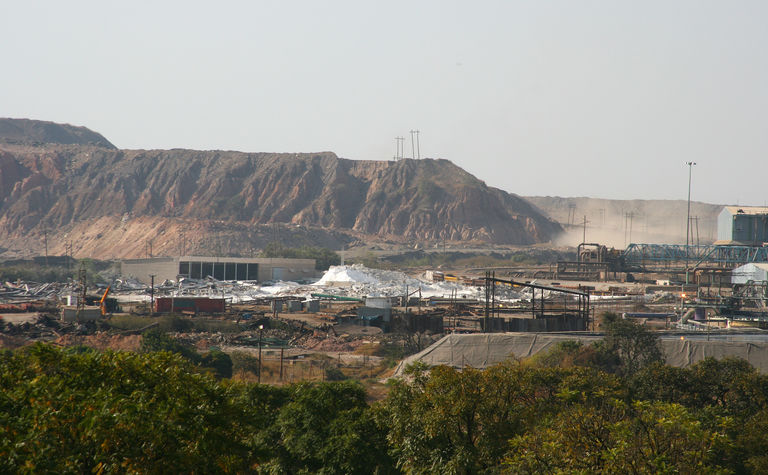 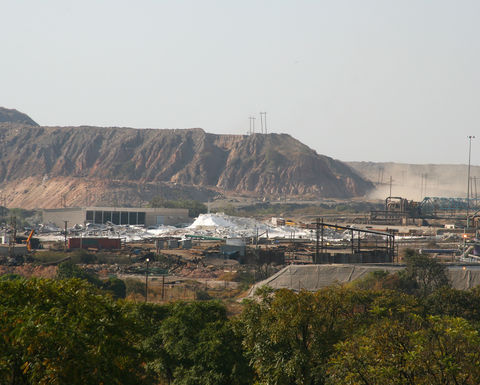 The mine has demarcated a 90-metre wide hazard exclusion zone

A series of tension cracks have appeared at Nchanga's Cut 2, which run almost parallel to the east perimeter road, Konkola chief executive Christopher Sheppard wrote in a statement.

Preliminary indications have shown that the cave-in will cover a stretch of approximately 350 metres, with the estimated volume of the area to be 8 million cubic meters or 20 million tonnes, said Sheppard.

He said a real-time slope stability monitoring radar station is currently tracking the increasing movement of the slope inside the open pit and current predictions are that it will fail on or before July 7.

The ground at the mine is caving in as a result of abnormal rainfall, and a leaking of high-pressure pipes which transport water from the Kafue River to the KCM and Mulonga Water treatment plants, local news organisation Diamond TV Zambia quoted a company spokesman as saying.

Sheppard said the company has implemented a number of measures to avert a significant impact of the predicted cave-in, "essentially communities around the mining area and our employees".

"I must state in no uncertain terms that our priority is to ensure the safety of people first, and also make sure that KCM, public and private property are safe-guarded."

The mine has demarcated a hazard exclusion zone, which is 90 metres wide to provide for an acceptable factor of safety - members of the Zambia Police and KCM Security have been deployed full time to the perimeter of the exclusion zone.

The exclusion zone in which the slope failure will take place is thus at least 60 metres from the nearby communities of Nchanga North (Buyantanshi Township and in particular Buntungwa Ward).

"All the structures within Nchanga North are situated on competent, stable basement rock which will not be affected by the sloughing of the open pit slope," he added.

Slope monitoring helped the firm avoid any injuries to workers and surrounding communities.