Volvo Construction Equipment (CE) confirmed it is spending SK16 million (US$1.7 million) to upgrade its Eskilstuna facility in Sweden, adding a customer demonstration arena for electric and autonomous machines, an energy recovery system for its factory and a new test track for research and development 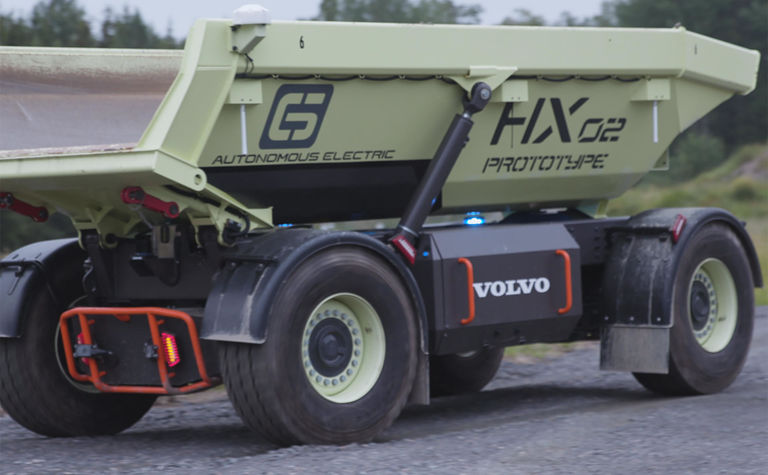 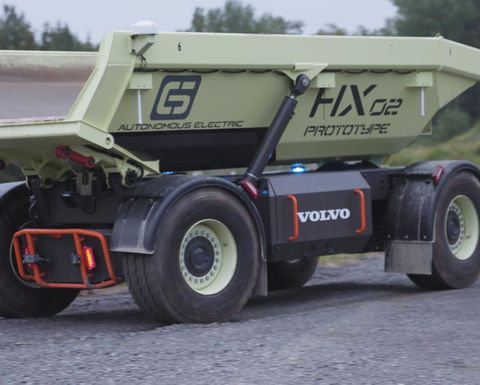 The HX2 at the Eskilstuna test track

The OEM said the work is part of its longer-term plan to further address sustainability, as well as meet its customers' needs and remain competitive.

Under the investment plan, Volvo CE will add 12 hectares to its 45-hectare demo grounds. The new area will specifically be used for electric and autonomous machine testing, along with demonstrating products from its current line.

A portion of the investment funds will be applied to its innovation arena, allowing Volvo CE to display its prototype machines safely and in a realistic, challenging environment. These demos will be supported by 5G technology, and charging infrastructure will be installed at the site.

Crews will soon begin the first phase of construction, which involves a nearly 2km gravel road travelling through both open and closed forest terrain.

Volvo CE sales region EMEA president Carl Slotte said that the company is advancing its transition to more fossil-free alternatives. This means the existing fleet of combustion engine machines at Eskilstuna will operate on hydro-treated vegetable oils (HVO) as an alternative to diesel; this will reduce CO2 emissions by up to 90% without any engine modifications.

"Our new innovation arena is a big statement to customers and the industry about our commitment to building tomorrow," he added.

"Meanwhile, we show with our switch to HVO that we are also taking small steps to drive sustainability, not just in the future but also in the here and now."

At its technology centre, Volvo CE is also investing in an electromobility and automation test track for R&D.

"The SK3 million track currently hosts the HX2 electric and autonomous load carriers that in autumn 2018 were tested in the award-winning Electric Site project in a quarry outside of Gothenburg, Sweden," the company said.

Those HX2s are now being optimised for the first commercial pilot, a project set to start before the end of this year.

The start-up comes just a few months after Ericsson arrived in March to install a 5G mast at the centre, allowing the OEM to test remote-controlled machines with extremely short response times.

This work follows the opening of four new test rigs at the beginning of 2017. Three of those have been dedicated to the early software development work for its electric machines.

"If we are to continue to lead our industry in the market, we need industry-leading R&D facilities to refine and develop current and future technologies. Our new test track, 5G collaboration with Ericsson and Telia, and electromobility rigs will prove an enormous competitive advantage for us," vice president of advanced engineering and core technologies Gustav Edholm said.

Finally, at the company's axle and transmission factory, crews are putting focus on reducing energy consumption as it pushes its mission of sustainability.

"The two greatest sources of energy consumption at the plant are the hardening centre, where machine parts are heated to a high temperature and then cooled to ensure a strong surface and a long life, and the paint shop, where components are heated so the paint dries," Volvo officials noted, adding that a percentage of its investment will go to a system to conserve about 60% of the heat generated in the hardening centre and transfer it to the paint shop.

The OEM estimated the system would cut its overall consumption of energy at the facility by 4%. Work on this portion of the project began in April and should be complete in early September.

"These excellent examples from the Eskilstuna site are part of our roadmap towards becoming a carbon-neutral and landfill-free site," corporate communications VP Anne Bast said.

"But we can do more. It is in our power to continue to push the boundaries of innovative and sustainable solutions for a better tomorrow."

Companies to address challenge of autonomous verification in confined places