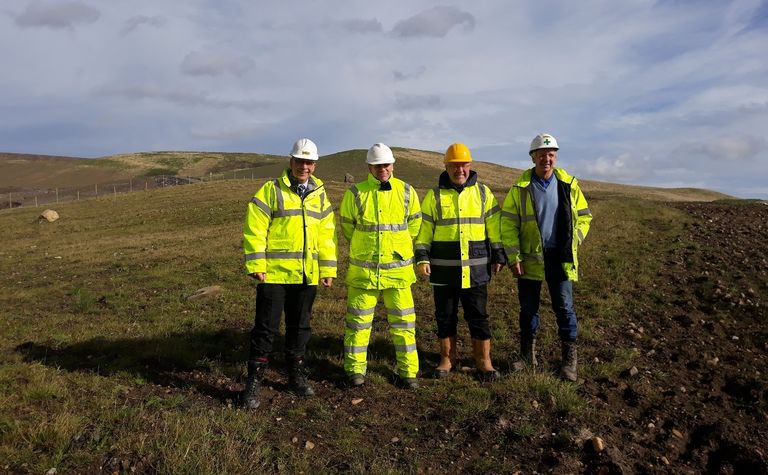 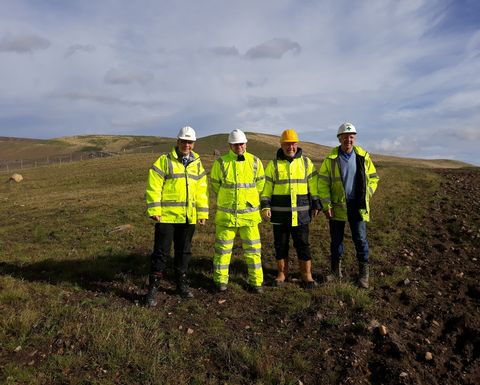 Banks Mining has completed the challenging restoration, working on behalf of East Ayrshire Council and the Scottish Mines Restoration Trust

PRESS RELEASE: Following the excavation and re-profiling of more than six million tonnes of rock and soil, Ponesk and Spireslack surface mines near Muirkirk, in East Ayrshire, have been transformed five years after they were left abandoned when operator Scottish Coal went into administration in 2013.

In just over two years, a 15-strong, predominantly local, team from Banks Mining has completed the challenging restoration, working on behalf of East Ayrshire Council and the Scottish Mines Restoration Trust (SMRT) - an independent, non-profit organisation set up to facilitate the restoration of abandoned opencast coal sites

New footpaths and tracks have been created to provide improved public access to the site. As a result of the team's work, the Muirkirk/Glenbuck valley has been transformed and is now safely accessible to local people.

Michael Keane, head of planning and economic development at East Ayrshire Council, said: "We are making steady progress in terms of restoration across all of the remaining opencast sites, and the completion of work at Ponesk/Spireslack is welcome news.

"Given the scale of the works required to be undertaken, Banks Mining have done a commendable job in creating a landscape which over time will develop in keeping with its surroundings. Our primary objective is to ensure these sites are secured and made safe for the public to access, and this has been achieved."

SMRT chairman, Professor Russel Griggs, said: "We worked in partnership with Banks Mining on the Ponesk and Spireslack sites, and we're satisfied that the restoration work has been completed to a very high standard. The works have brought the sites back into community use."

Jim Donnelly, operations director at Banks Mining, said: "Looking at the site now you'd be hard pushed to envisage how it was when we took it on.

"It has taken an extraordinary effort by our highly experienced team to take an unsightly derelict surface mine that had been an eyesore for many years and transform it into what we see today."

Banks Mining has completed a maintenance project on the site of a former surface coal mine in South Lanarkshire...