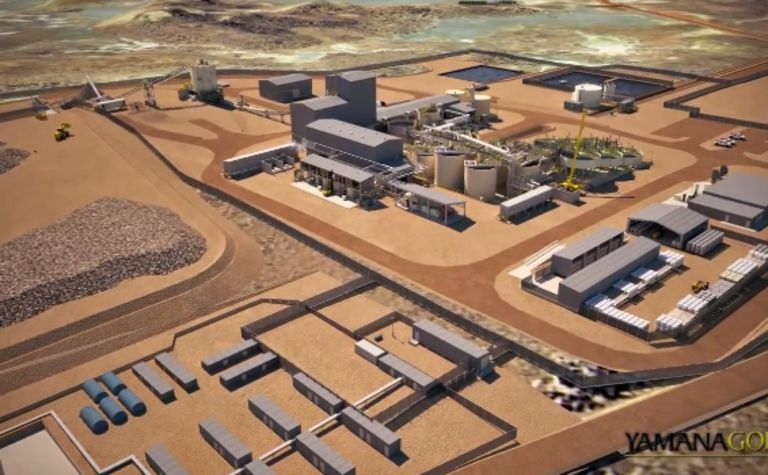 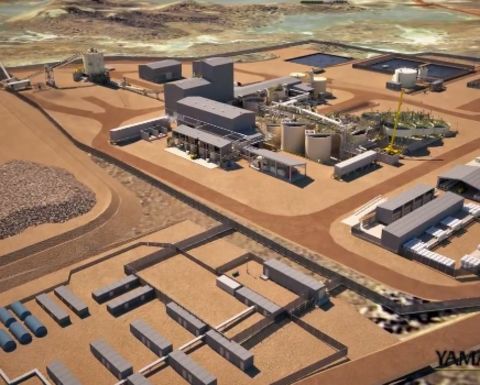 An illustration of part of the Cerro Moro complex

One highlight of the December 2017 quarter was the movement of its underground and open-pit development management from technical services to operations. The new mine’s underground development also moved ahead according to plan in 2017, producing a high-grade stockpile of about 16,265 tonnes of gold and 1,725 g/t silver.

Mobilisation began in December for the open-pit operations component of Cerro Moro, and development activities are under way at the high-grade Escondida Central pit.

At the project’s processing facility, electrical and instrumentation activities should be completed during the current quarter. Completion of the mechanical segment was finished at year-end 2017.

Yamana spent about US$172 million on the Cerro Moro project as of December 31, which officials said was in line with its US$178 million plan. The balance of its expenditure budget will be spent during this year’s first half, mostly in the first quarter, as it commissions its mill and ramps up operations in the June quarter.

The Toronto-based company said commercial production should be realised at the mine before mid-year and its schedule has it “well positioned” to achieve its previously outlined production guidance.

“We expect Cerro Moro to meaningfully increase our cash flows based on its planned strong production of precious metals at low costs, costs that are among the lowest in the industry,” chairman and chief executive officer Peter Marrone said in the report. “We are now well positioned with our six, and soon to be seven, producing mines along with a strong pipeline of advancing assets and opportunities.”