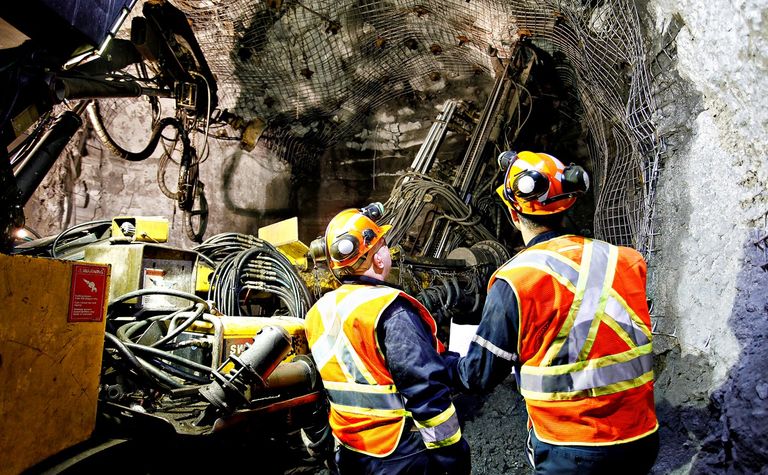 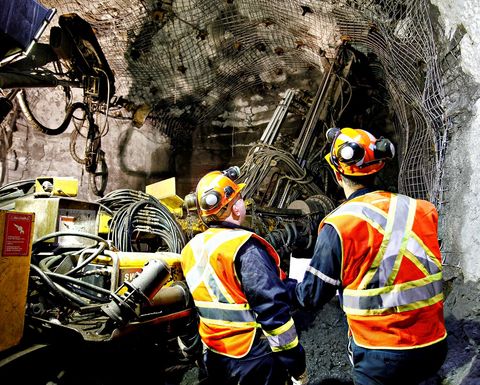 High grades at surface mines are quickly going the way of the dodo, and mining companies looking for economic deposits may be tempted to descend deeper at active mining operations, where attractive grades are often found.

But deep mining comes with an additional set of challenges, and may not be as economically rewarding as mine operators may hope.

Expanding to depths below 1,500 meters comes with its own set of complications and operational intricacies, Steven Rusk, Stantec's Vice President for Mining, told Mining Magazine.

"One of the challenges with deep mining is that it costs more to do everything," Rusk said. "These days, benchmarking is quite popular. People like to look at benchmarks, it shows a kind of ballpark for mine expansion costs. But not everyone knows they're always going to be on the far-right side of the graph" where costs are highest.

"You need the grade to support the additional costs [of going deeper], so how you evaluate and outline the ore body is something that will change as well."

Descending more meters into the earth will also require a fundamental shift in nearly every aspect of operations.

First among these changes is approaches to safety, Rusk said.

"If you have an area prone to rock bursting, it can be quite hazardous," he said.

"Even simple things like drill and blast holes in high-stress ground, the holes are not round - they hold a different volume of explosives as they turn into egg-shaped holes. You might have to change the powder factor, how many explosives you use, how much you have to drill," he said. "If the explosives don't fit into the hole, you'll need a bigger hole."

"Sinking shafts is probably one of the biggest challenges in mines going deeper," Lekstrom, who has worked on deep-mining projects in Indonesia and Mongolia, said.

"First, there's the cost impact. You'd better have a really good idea of what you're mining and how that will work. It can cost anywhere from US$50 million to US$100 million dollars before you get anywhere, and can take from three to five years. You have to have the capital, because it's very capital-intensive to sink a shaft."

Another consideration comes down to labour issues.

"There is a major labour shortage, I've seen it in Africa," Lekstrom said. "Having to train people in mining methodologies sometimes works, and sometimes it doesn't."

Mining activities will also be impacted by the changing rockface and environment the deeper down you go, Rusk said.

Working in these kinds of environments also means that workers will need to take additional precautions, he said.

Ensuring that all staff remain hydrated while in the deep sections is critical, he added. At one mine, mining operators implemented a rule requiring all workers going underground to bring a drinking container with them.

"Those kinds of things, you like to be as proactive as you can," Rusk said.

Mining at deep levels will also require that operational processes and workplace collaboration is at high-functioning levels, and that every member of the team understands this need.

"Just by going deeper, you have to be better at what you're doing," Rusk said. "The logistics have to be planned. Bad habits that survive in a shallower situation are not going to serve you well in a deep situation."

Training and orientation must also be a priority, because ground conditions will change even if the fundamental geology does not.

"In the exact same geological situation, there will be different outcomes at depth," Rusk said.

At one mine, a rehabilitation crew which was responsible for bolting rock bolts in old drifts to make the area safe for movements experienced a rock burst.

"We later found out that these two particular individuals had never worked in the deeper part of the mine, and were not aware it was a risk," he said.

Solid communications systems throughout the deep mine are also a requirement for safe operations, Rajant Corp's Todd Rigby said.

"Mines often have unstable ground conditions and install different types of monitoring solutions," Rigby said. "Sensors are great, but you have to have a reliable means of pulling that data back out of the mine.

"So in looking at solutions to mitigate risk, or even to improve operational efficiency, it all starts with having reliable communications."

Rajant has recently commissioned a fleet of Explora XL robots, complete with a wireless below-ground communication network, to a mine at a depth of 1.7 kilometers in a past-producing U.S. mine.

The mine had collapsed in 2021 due to the failure of old pillars. No one was injured, though air, dirt, and rocks were propelled at nearly 200kph of portals and ventilation raises.

To re-establish an underground communications network at the mine, channel partner PBE Group installed Rajant's kinetic mesh industrial wireless Breadcrumb nodes at surface. These nodes provide a high bandwidth link from the portal to an emergency operations centre. The centre is responsible for monitoring the robot fleets' activities, which included remote surveying.

"Our Kinetic Mesh network is unique in that it's really the only network on the market where the BreadCrumb radio nodes can act independently without a Master Control Node or Master Controller," Rigby said. Other networks operate under static configuration, meaning companies try to project the best configuration for all future needs, Rigby said.

"Our instaMesh wireless networking protocol adapts to mobility and self-optimises to operate at peak performance in all conditions," he said.

Expanding mines at depth will become easier with more technologies available to keep workers and equipment out of harm's way.

The mining industry has a bit of a bad reputation regarding how it views technological developments, Rusk said.

"The mining industry has been using autonomous equipment in underground mining for 20 years," he said.

Silver Hammer's Lekstrom feels that mining still has a long way to go in taking advantage of technological advances.

"We tend to be a little behind the times," he said. "If you go into an underground mining, you'll still see people hand shovelling. There's still a lot of manual intervention that has to happen underground."

Large mining companies such as Freeport-McMoRan and BHP are making efforts to incorporate more innovation into mining processes, and Teck has established four research and development hubs throughout Canada, with three hubs in British Columbia and one in Ontario.

What the industry needs is direct relations with tech companies to incorporate their businesses and methods, Lekstrom said.

"If you look at the collective brain power in the tech sector, the problems they solve in a week could be exponential" for mining, he said.

"There's a huge opportunity for better integration of blockchain into mining, and there's a lot of tech we could use for remote sensing and geophysics for exploration," he said.

The mining industry is facing a significant shortage of workers, Lekstrom said. More technological innovation will come as the industry's labour force continues to change.

"There's not enough labour available to keep going, and I think that's what is going to kickstart these conversations" about incorporating more technological innovations into the sector, he said.

BHP, Rio Tinto and Vale launched the challenge in 2021