Following the announcement in late November that Resolute Mining was intending to partner with Aggreko to develop a new hybrid power plant at the Syama gold mining complex in Mali, the two have now entered into a power supply agreement (PSA) for 16 years 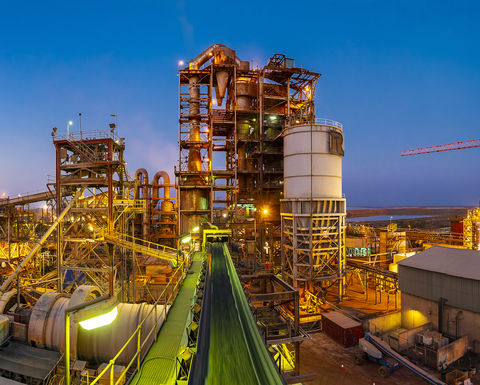 The off-grid Syama complex, located in the south of Mali, West Africa, is a large-scale operation which comprises the Syama underground mine and the Tabakoroni open-pit mine

Previously, the Australian mining company and UK-based power solutions provider had only signed a heads of terms agreement for the development of the modular power station.

As per the PSA, Aggreko is now tasked with installing, operating and maintaining a 40MW thermal power plant and a 10MW battery storage system on site, with a further 20MW of solar power planned for 2023.

It will start work on the plant immediately, aiming for first delivery of power by the September quarter of 2020.

The work is divided into two phases, with the first one including the installation of three Wärtsilä Modular Blocks, based on medium-speed Wärtsilä 32 engines providing a total of 30MW of power, next to the existing power station, and a 10MW Aggreko Y.Cube battery storage system for spinning reserve displacement in 2020.

Phase two, in turn, will involve the installation of one further 10MW Modular Block in 2022 and a 20MW of solar power system in 2023. Once the solar system is installed, the batteries should also smooth out fluctuations in the solar power output to facilitate integration into the hybrid system.

This also forms the first order of the Modular Block solution for technology group Wärtsilä, which works with Aggreko under a cooperation agreement. The Modular Blocks will replace the existing diesel generators currently powering the mine.

At its Syama complex, Resolute is targeting site production of 300,000oz of gold annually. It is also currently commissioning the "world's first" fully automated underground mine at Syama, aiming to deliver a low-cost, large-scale operation with a mine life beyond 2032.

Houston-based Aggreko has provided a power project for Labyrinth Resources.