Rio Tinto has provided an operational update as part of its 2014 December (fourth) quarter results published today. Chief executive Sam Walsh summed up the report’s findings, saying: “We have had a successful year of production, capped off with a robust fourth quarter. Output is in line with our targets across all of our major products.” 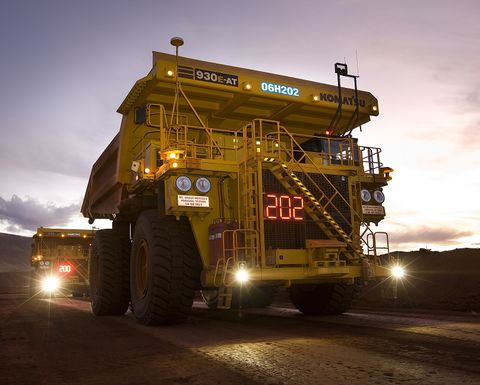 Rio’s Pilbara operations produced 280.6Mt in 2014, a 12% YOY increase, and set a new annual record driven by the early completion of the 290Mt/y expansion project in the first half. Sales in 2014 exceeded production by around 8Mt due to the draw-down of stockpiled inventory in previous years to facilitate the infrastructure ramp up to 290Mt/y

Rio said that infrastructure for the 360Mt/y expansion is around 80% per cent complete, with all major rail, marine and wharf works in place. Completion remains on track for delivery by the end of the first half of 2015.

Approximately 40Mt/y of brownfield expansions are underway to feed the expanded infrastructure capacity. As a result, production from the Pilbara is expected to be 330Mt in 2015.

At Kennecott Utah Copper, production for 2014 was comparable to 2013, but was lower in the December quarter due to lower grade and throughput as the mine production was aligned to smelter requirements during its planned shutdown.

Escondida increased its mill throughput during the year and increased ore stacked for leaching, resulting in copper production being in line with 2013 despite lower grades.

Oyu Tolgoi produced 148,400t of copper and 588,700oz of gold in concentrates. The fire experienced in one of the mine’s four cyclone packs in December had a limited impact and the concentrator returned to full production on January 3, this year.

Global bauxite production was down 3% in 2014 and aluminium production was broadly in line with 2013, despite the closure of the Shawinigan mine in Canada in November 2013 and the partial shutdown at Kitimat, which continues to prepare for full commissioning of the modernised smelter during the first half of 2015.

In 2014, the Sangaredi mine in Guinea achieved record bauxite production. The Gove mine in Australia shifted to bauxite exports following the curtailment of the refinery in May 2014. Exports from the Gove mine are currently infrastructure-constrained at around 6Mt/y but are expected to ramp up to 8Mt/y in 2015 as these are addressed.

Excluding the Gove refinery, alumina production in 2014 was up 6% YOY reflecting stronger production across all refineries, specifically Yarwun which continued to ramp up.

The curtailment of the alumina refinery at Gove was completed in May 2014. It remains on care and maintenance.

Significant productivity gains across Rio’s Australian coal business delivered annual site production records at Hail Creek in Queensland, the Hunter Valley Operations and Bengalla in Australia. Excluding production from Clermont which was divested during the year, thermal coal production increased by 15% (2.5Mt) in 2014 compared to 2013.

Semi-soft production was 17% lower in 2014 compared to 2013, reflecting operational flexibility in the Hunter Valley.

Full year hard coking coal production was 8% lower than 2013 due to Hail Creek prioritising the production of thermal coal from a processing plant by-product stream to deliver  increased margins in the current price environment, and Kestrel ramping up the new South longwall following the completion of mining at Kestrel North in the January quarter of 2014.

On October 8, Rio also announced the completion of the sale of Rio Tinto Coal Mozambique.

At Energy Resources of Australia (ERA), processing operations were suspended until June 2014 following the failure of a leach tank in December 2013, which resulted in 61% lower production during the year.

Production at Rössing was 36% lower YOY as a result of operational changes made in response to current market conditions.

At Argyle, carats recovered during the year were 19% lower than in 2013, reflecting the move from open-pit to underground mining and the processing of lower grades as underground production ramped up. In addition, a maintenance shutdown took place during the December quarter to implement design improvements to both underground crushers.

Diavik’s production was in line with 2013, with improved mining rates and processing plant improvements offset by the impact of lower grades. Carats recovered in the December quarter were significantly lower than 2013, as improved processing rates have now fully exhausted the stockpiled ore which was processed in prior quarters. 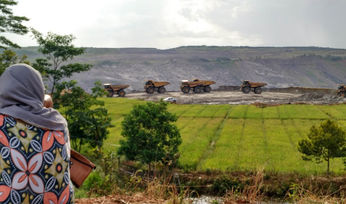 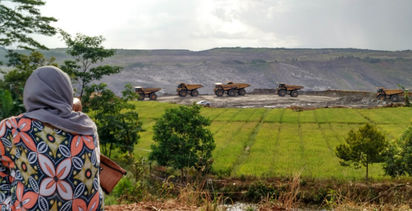