Bioflotation on the horizon for copper

Chilean and German researchers have joined forces to explore how Chilean copper ores can be extracted in a more environmentally sustainable way using bioactive substances derived from bacteria to replace or reduce chemicals. A further aim is to increase metal yield while extracting metals that are traditionally difficult to separate, in particular molybdenum 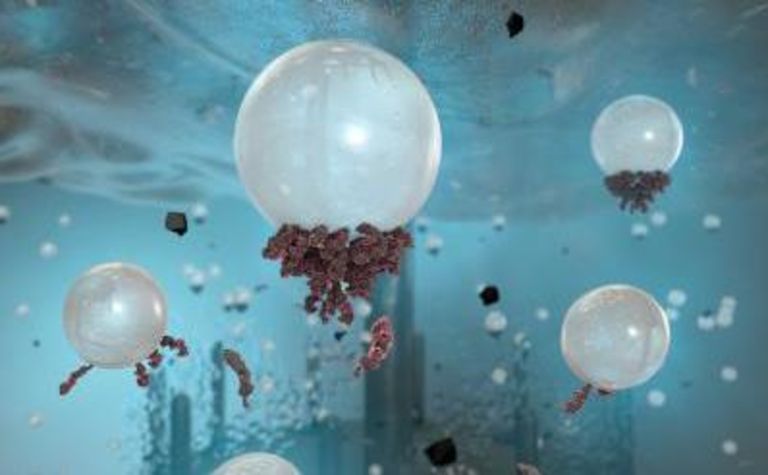 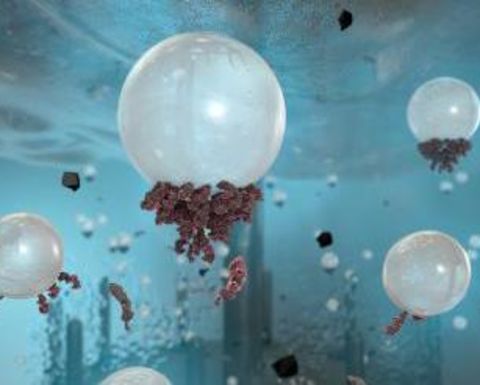 Bioactive substances will adhere to the surfaces of ore minerals in targeted fashion Image:HZDR / 3Dkosmos

The joint project between Helmholtz Institute Freiberg for Resource Technology (HIF) - part of Helmholtz-Zentrum Dresden-Rossendorf (HZDR) - and the Advanced Mining and Technology Center at the Universidad de Chile in Santiago de Chile began in February.

The researchers have set themselves a three-year deadline to prove that it is possible to separate metals from ores using biotechnology. The principle could have long-term significance for the processing of complex raw materials and recycled materials.

The research project is funded by the German Federal Ministry for Education and Research (BMBF).

Copper is an important bulk metal for German industry. The demand is partly covered by recycling, but the rest has to be imported either in the form of metal concentrates or crude ore. In addition to world market leader Chile, other important suppliers for Germany are Peru and Brazil. Copper is mainly used in the cable and electrical industry, but also in the construction and automotive sectors and in mechanical engineering.

"Chile has an obvious interest in making its own mining production of copper more efficient and environmentally responsible," Dr Martin Rudolph, head of the processing division at HIF, told online publication Phys.org.

In the Pacific coastal state, salt water is used instead of fresh water to recover the valuable metal. However, this involves an increased use of chemicals. Furthermore, it leads to the loss of the molybdenum contained in the ore, an important rare metal used for steel alloys, lubricants and electronic components.

Bacteria could provide a way forward. "They have to be adapted to saline conditions, which means taken from the sea," said Rudolph's colleague Dr Katrin Pollmann, who heads the biotechnological working group.

"We do not need living microbes as such, but only those active substances that are specifically able to alter mineral surfaces. These can be bacterial cells, cell components, metabolic products or biomolecules."

Flotation has been used in mining for over 150 years to enrich the copper content of crude ores from around 1% to approximately 30%. During flotation, the finely ground ore is mixed with water. The addition of chemicals makes the ore particles differentially wettable; valuable substances are extracted while worthless particles are left behind.

In the future, bioactive substances instead of chemical reagents could be added to the ore minerals. The minerals containing copper and molybdenum will be filtered out, while the useless iron mineral pyrite will be deposited as waste.

The fact that bacteria need the iron mineral pyrite for their metabolism is already exploited in the industrial extraction of copper by bioleaching. Now the researchers want to open the door to bioflotation - an area that is still largely unexplored. Once suitable bacteria have been identified and the bioactive substances isolated, the aim is to analyse the interactions with the mineral surfaces down to the level of individual molecules.

Dr Rudolph considered the long-term prospects: "We assume that bioflotation can be readily integrated into classic processing routes. A further advantage is that bioactive substances degrade naturally in the environment. How they behave there is a matter for further research."