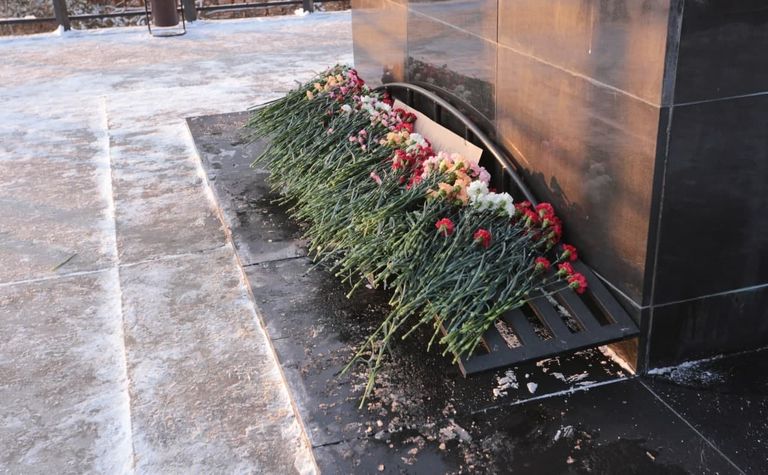 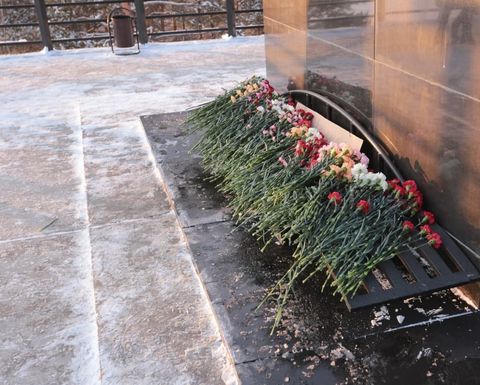 Flowers in memory of the 52 dead miners

Authorities in the Kemerovo Oblast region are yet to search sections of the Listvyazhnaya mine as efforts to find the remaining victims continue.

In an update on 7 December 2021, the administrative government described the gas situation in the mine as "stable" and that emergency services continue to pump out water "around the clock," take air samples and maintain ventilation.

This follows an update on 6 December 2021. The administrative government said emergency services had built 18 ventilation bridges and restored six ventilation structures; the main ventilation fan is switched to the standard air supply mode.

The most recent update means emergency services have searched 1,610 metres in the past 24 hours after rescue efforts resumed - 890 metres is left to be searched.

A gas explosion at the mine on 25 November 2021 killed 52 people, and rescue efforts were suspended on the same day after chemical levels made it unsafe.

Three mine managers have been arrested and charged with causing death by negligence related to the explosion. In a televised meeting on 2 December 2021, Russian President Vladimir Putin accused those in charge of hiding the "excessive methane gas levels in the mine."