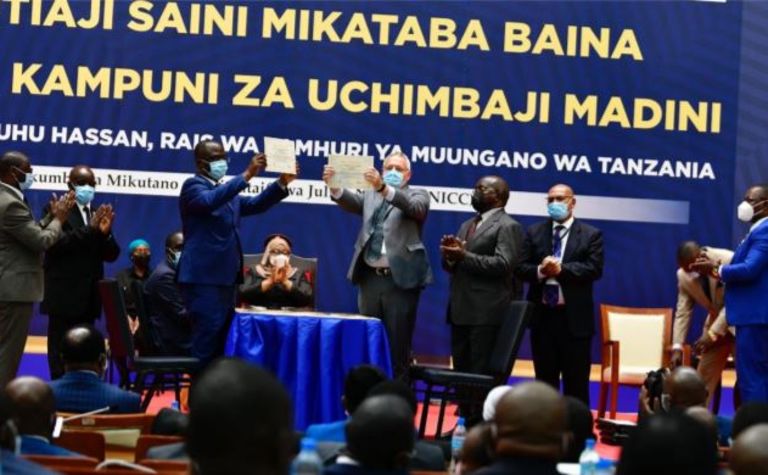 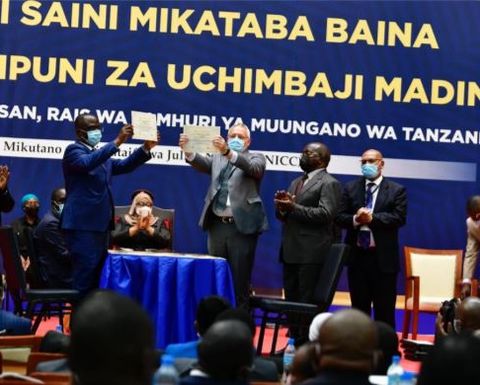 The signing of the framework agreement

Mining operators Black Rock Mining, Strandline Resources and Orecorp have signed framework agreements with the government of Tanzania to jointly develop the Mahenge Graphite Mine.

Black Rock Mining said the development will contribute US$6.5 billion over a mine life period of 26 years and will lead to growth in other parts of the country, such as rail and port transport.

Graphite is "playing a key role in the path to global decarbonisation," and the World Bank predicts that annual demand will grow by 500% by 2050, the highest of all minerals required for clean energy storage technologies, the company explained.

The Mahenge Graphite Mine has the world's second-largest graphite ore reserve, with what Black Rock Mining described as "industry-leading high-grade purity."

According to the company, the quantity and quality of graphite in the mine would mean lower capital and operating costs and less impact on the environment.

Once the mine is fully operational, Black Rock expects it to have an annual graphite capacity of 340,000 tonnes, close to 5% of the expected additional global demand for the commodity.

John de Vries, managing director of Black Rock Mining, described the agreement with the Tanzanian government as a "watershed moment" for the company that will enable it to "deliver a new clean source of high-grade graphite to a growing global market."

"I am pleased that the Company and the Government of Tanzania are now partners, and we look forward to delivering on our shared promises by building the Mahenge Graphite Mine that will bring significant benefits to Tanzania and for global decarbonization markets driving clean energy storage technologies," de Vries said.

MOU covers the construction of a 220kV transmission line