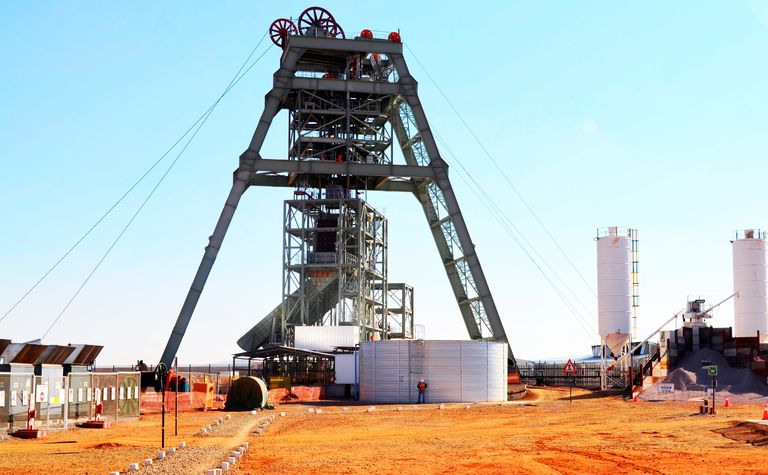 Shaft 1, which will have an internal diameter of 7.25m, will provide initial access for early underground development at the Flatreef deposit and will be utilised to fast-track production during the first phase of the project.

Robert Friedland, executive chairman of Ivanhoe Mines, said: “This is an important milestone in the building of a major, new underground mine at Platreef and we are extremely proud of our employees and contractors for the safe and efficient job they have done in transitioning Shaft 1 from the pre-sinking phase to the permanent-sinking phase.” 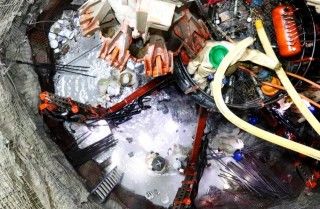 The Shaft 1 sinking contract, held by Aveng Mining of South Africa, will include the development of two main stations at below-surface depths of 450m and 750m. Shaft 1 is expected to reach the Flatreef deposit, at a depth of 777m, during the September quarter of 2017.

The selected mining areas proposed in Platreef’s current pre-feasibility study mine plan occur at depths ranging from approximately 700-1,200m below the surface.

Early works for the 10m-diameter Shaft 2, the main production shaft with the capacity to hoist 6Mt/y, are planned to begin next year. The headgear design has been completed by South Africa-based Murray & Roberts Cementation.

Work now is complete on the internal electricity substation, which will have a capacity of 5MVA. Construction is underway of the power transmission lines from the main lines of Eskom, the South African public electricity utility, which will be used for shaft sinking. Back-up generators also have been installed to ensure continuous sinking operations in the event of power interruptions.

The new power transmission lines also will provide electric power to an adjacent community near the Platreef project, which currently has no supply of electricity.

Other on-site work includes the construction of the permanent road intersection leading to the Platreef project from the N11 national highway, which will assist with management of safe access to the mine.

Ivanplats plans to develop the Platreef mine in three phases: an initial annual rate of 4Mt/y to establish an operating platform to support future expansions; followed by a doubling of production to 8Mt/y; and then a third expansion phase to a steady-state 12Mt/y. At a projected production rate of 12Mt/y, Platreef would be among the largest platinum-group metals mines in the world.

Good progress is being made in advancing the feasibility study for Platreef’s first-phase production scenario toward completion. The study, which began in August 2015, is being managed by principal consultant DRA Global, with specialised sub-consultants including Stantec Consulting, Murray & Roberts Cementation, SRK, Golder Associates and Digby Wells Environmental.

Ivanplats completed a pre-feasibility study (PFS) in January 2015 that covered the first phase of development that includes construction of a state-of-the-art underground mine, concentrator and other associated infrastructure to support initial concentrate production.

The development scenarios describe a staged approach structured to provide opportunities to expand the operation based on demand, smelting and refining capacity and capital availability. As the first phase of development is placed into production, there is expected to be an opportunity to modify and optimise the subsequent phases, allowing for changes to the timing of capacity expansions to suit market conditions.

The planned mining methods will use highly productive mechanisation, including long-hole stoping and drift-and-fill mining. The mined-out areas within the deposit will be backfilled with a paste mixture that utilises tailings from the process plant and cement. The ore will be hauled from the stopes to a series of ore passes that will connect to a main haulage level connected to Shaft 2, where it will be hoisted to the surface for processing. 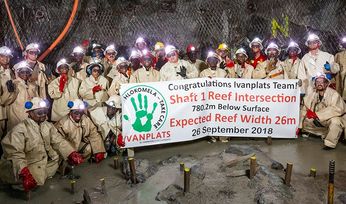 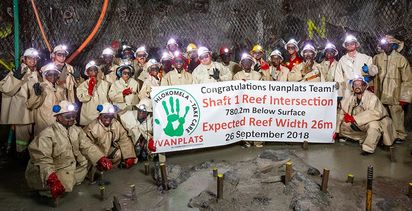 Ivanhoe has lock on ops

Swedish Stirling and Glencore in talks on Lion smelter deal